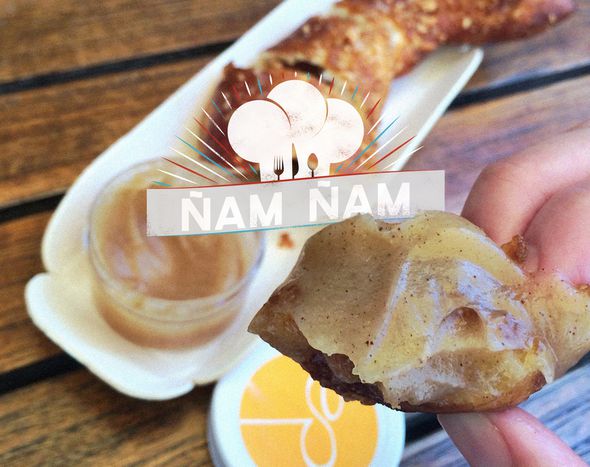 The Lobster Tail: A Pretzel of Most Sensual Proportions

Is it a sword? Is it a penis? The latest creation of Dominique Ansel, French inventor of the Cronut, is causing quite a stir across the pond. A salted pretzel, shaped – according to the creator himself – like a lobster’s tail and dipped in a brown butter honey sauce. It doesn’t look like a light bite, but at least we won’t run the risk of a gout attack if we get hooked on the new pastry à la mode…

So what is baking’s latest fashion? It’s a croissant in the shape of a penis. Yeah, that’s right. Reality has shown us once again how not everything is invented in gastronomy (and what many judge to be a “novelty” is sometimes nothing more than a commercialised replica of something which has been around for centuries). For the second year running, it’s been the ovens of renowned pastry chef Dominique Ansel which have seen the birth of the beast: a Lobster Tail similar to a croissant…and the male genitalia, which hasn’t stopped causing controversy in the United States, whose society is often as repressed as it is contrarian. 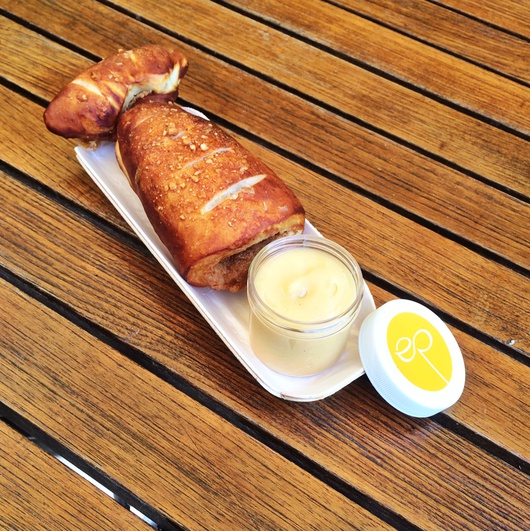 This time around, the creator of the famous Cronut – a hybrid between a croissant and a doughnut which was all the rage in 2013 – has delighted his customers with a sort of long croissant, made with pretzel dough and peanut butter, and which comes served with a sprinkling of Maldon sea salt. The essence of the Lobster Tail isn’t the pastry itself, but the sauce which accompanies it: you eat it by dipping its segments in a cream of brown butter and honey. Ansel explained to Cafébabel that, “We were thinking of things which would taste good with butter, and someone joked around with the idea of the ‘lobster’, because it was summer. We immediately thought of a lobster’s tail and how this was the perfect shape to be pulled apart and to be able to dip its segments in sauce. Everything revolves around the butter sauce that goes with it.”

Coincidence? I don't think so... 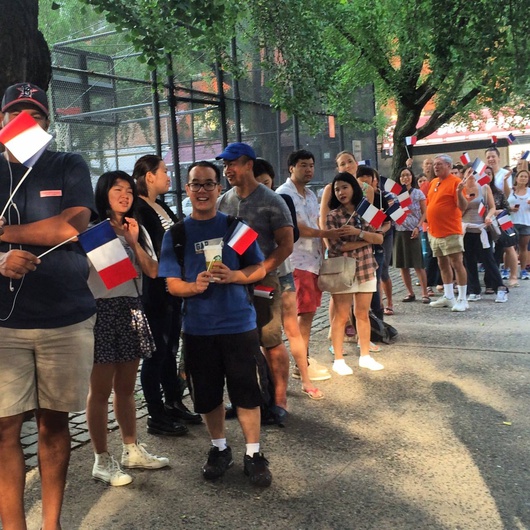 The famous butter penis (or the Lobster Tail, call it what you will) is yet to reach Europe, but we reckon it won’t be long before copycat brands emerge. This happened previously with the Cronut, a pastry whose name was patented as a registered trademark by the pastry chef (Ansel isn’t wet behind the ears) but which nevertheless ended up arriving in the Old World after a few months. The chef, who spent several years working for the prestigious épicerie Fauchon, and for the recognised chef and restaurateur Daniel Boulud, knows how to create a buzz and win over customers. He’s managed to bring a spot of je ne sais quoi to the de facto capital of the United States, which has led to him winning numerous awards and to Time Magazine recognising the Cronut as one of the 25 best inventions of the year 2013.

But when they decided on the shape of the Lobster Tail, did they really pay attention to the phallic shape of the pastry? Maybe they did, maybe they didn’t. At Cafébabel, we haven’t been able to work that one out. However, there’s no doubt whatsoever that the lobster-like shape has certainly helped them draw attention to the product and their work. A lot has already been said about how well sex sells in advertising… if, by pure coincidence, any similarity can be drawn between their lobster and a penis, this is the least of their worries. We already know something about this in Paris…it’s not so long ago that a restaurant opened in Le Marais where, at a reasonable price, you can eat hamburgers shaped like a phallus. At Tata Burger, however, they’ve been more explicit right from the very beginning (not that this has been their failing). Its owners have been able to mix what works best in advertising nowadays in The City of Lights: The standout dish of American cuisine is served on paper mats with pictures of pin-up boys printed on them, and all of this in a setting of everything kitschy, where they’re not short of the neon lights or leather seats of any hamburger joint – or should we say disco – worth its salt. 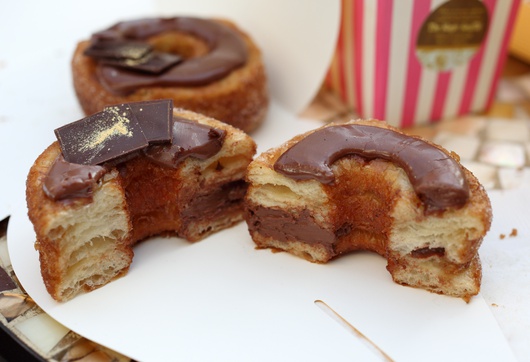 In short, this is #Foodporn in its purest form. Is it a lobster? A penis? A sword? Let everyone interpret it as they so wish. What is certain is that the Lobster Tail, like its big brother the Cronut, is having success across the pond. We’ll have to see how long it takes for specialist Lobster Tail ovens to appear in Europe. Will things pan out like they did with the bagel, with us ending up with lobster-induced indigestion? Luckily, Ansel’s invention doesn’t contain any uric acid. Mind you, its sugar and fat content...that’s a different story altogether.