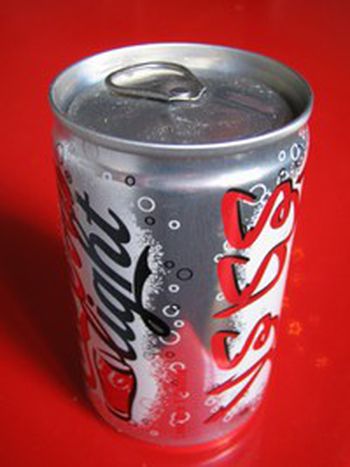 A wave of Islamophobia is sweeping Europe: minds are inflamed, veils lowered and sabres brandished. This is a journey through the European mindset, one patterned by fear, apprehension and so-called “rationality”, which seldom leaves room for tolerance.

A report by the International Helsinki Federation for Human Rights (IHF) of March 2005 denounces what it calls a “growing apprehension and hostility” towards Muslim minorities. Discrimination and intolerance towards Muslims have increased within the EU, most notably following the terrorist attacks of September 11 in New York and further highlighted by the fallout from the Madrid bombings of March 11 and the London attacks on July 7. Aaron Rhodes, director of the Finnish institute, stated upon presenting the report: “Since the war on terrorism has increased in its fervour and the threat of religious extremism has become one of the principal topics of public debate, Muslims have felt themselves increasingly stigmatised because of their beliefs.”

The current situation is placing attempts to integrate Muslims into the EU in jeopardy, further heightening their vulnerability to accusations of human rights abuses. At the same time, however, the situation is also adding fuel to an increasing sense of frustration within the Muslim community, one which is eroding loyalties towards the authorities. Among the causes contributing to an increase in intolerance is the mass media, along with those “media services not presenting a balanced opinion and encouraging stereotypes which view Muslims as aliens in European society and as enemies within our borders.”

Between apprehension and rejection

Following the murder of film director Theo Van Gogh in November 2004, the situation in Holland has escalated, not least due to one of Holland’s most eminent Rabbis, Awraham Soetendorp, declaring that Muslims are being labelled as extremists and terrorists, and comparing their situation to the plight of the Jews between the two world wars. The impossibility of marrying Islam with the body of ideals and values upon which the European Union is built has been one of the war horses ridden by ambassadors of the No vote during the referendums on the European Constitution. As if Islam and Muslims were entirely out of place in Europe! Europe already contains an estimated 12-15 million Muslims, and there are those who maintain that this number will double by 2015. Five million Muslims currently reside in France, three million in Germany, one and a half million in the UK, one million in Spain and almost one million in Italy and Holland.

However, the latest survey by Eurobarometer charting the opinions of current Europeans in light of Turkey’s entry into the EU has shown that 52% of Europeans are against Turkish accession, whereas those in favour stand at only 36%. Among those countries strongly opposed are Finland (79% voted No), Austria (78%) and Germany (71%), whilst Italy’s No vote is somewhat less at 57% and in Britain it stands at 52%.

Another survey was proposed roughly a year ago by Ali Lazrak, a Dutch Member of Parliament of Moroccan origins, which aimed at understanding the reluctance of Italy, Holland and Spain to Turkish accession. For Holland, the Islamic question has split open previous ideals of multiculturalism. As far as Spain is concerned, if Islamophobia has been fostered by the March 11 attacks in Madrid, Italy takes its stance for geographical reasons; Turkey’s accession would make Italy the European border country most likely to be flooded with migrants from Muslim countries on the equator and the Eastern Mediterranean.

Why does Islam engender fear?

The West’s collective imagination has painted a picture of Islam in which fear is always the lowest common denominator. Statistics and surveys record a tendency to exacerbate, exaggerate, and focus attention on specific aspects of Islam: terrorism and jihad, headscarves and Islamic law (sharia) are the reasons oft-cited to justify the fear and rejection of Islam. According to populist political rhetoric, Islam represents a fomenting of disorder which places national cohesion in jeopardy. And this engenders fear.

But what does Europe have to fear when it tells us that we should be afraid of Islam? When Europeans speak of being afraid of Islam, they are in reality thinking of many different things, forgetting that Islam has many followers and therefore, cannot simply be reduced to head dresses flaunted in state schools, to the Taliban in Afghanistan, to terrorism, the Ayatollah of Iran, proclamations on an Islamist internet site, or to Turkey, who now knocks at Europe’s door.

The Algerian crusades, the terrorist attacks during the oil crisis of the 1970s, the western hostages held as described in the Rushdie Affair, the Taliban and violence in the Middle East: all of this has settled into a negative image of Islam, which has added to the tension caused by the social crises Europe is facing: unemployment, social marginalisation and urban violence.

Islam in western countries does not enjoy a positive image. The mass media is in part responsible for this, particularly when it limits itself to echoing the commonly held misconceptions of society. Generally, attention is paid to minor aspects of Islam, one of which is fundamentalism – now used as a passe-partout to speak of many things which are universally regarded as ‘Islamic’. This is born of a superficial vision of reality, or else, of the fact that there is not always the means to study such a topic in any depth. Changing the way Islam is reported, freeing it of rhetoric and commonplace misconceptions could be an effective means of alleviating the fear of Islam amongst Europeans.