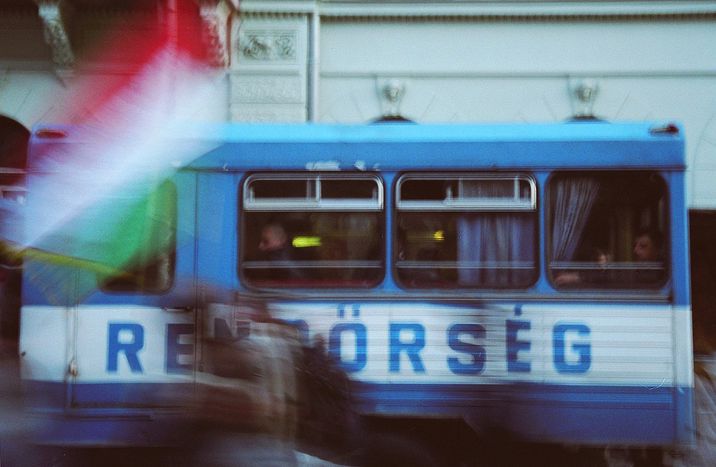 The Hungarian president is not welcome in Slovakia

László Sólyom wanted to participate in the inauguration of a monument in the border town of Komarno, home to a Hungarian minority. Last Friday however, the Slovakian government decided otherwise. The latest on a conflict that continues to fester

Skinheads in bomber jackets and Doc Martens, cars congesting the road to Slovakia, Hungarian flags, banners carrying anti-Slovakian slogans, hordes of press photographers and a large police presence: the atmosphere at the otherwise unrestricted Slovak-Hungarian Schengen border is somewhat out of the ordinary.

Members of the Hungarian right-wing faction Jobbik and the paramilitary Hungarian Guards have come out against Slovakia, fuelling a conflict which has smouldered between the EU and NATO neighbours for some months. Their stance is typified by such snipes as Welcome to Slotakia! - a reference to Jan Slota, leader of the right-wing Slovakian national party currently sharing power in Bratislava, whose drink-addled verbal assaults on Hungary repeatedly stir up bad feeling. Faced with pictures of the scenes at the border, he reacted in characteristically inflammatory fashion, calling for a break-off of diplomatic relations with Budapest – which inevitably served only to raise the temperature further.

Repeated calls for a revision of the Trianon agreement

The trouble began to escalate following a heavy-handed response by Slovakian police to football hooligans attempting to air their nationalistic views at a first division match in Dunajska Streda, an area heavily populated by Slovakia’s Hungarian minority. Police also acted against travelling right-wing supporters from Hungary, prompting a protest from the government in Budapest, which to this day demands an explanation for the police conduct, despite the perfectly explanatory images from the stadium. Slovakia has refused to comment further.

Following the incident, crowds of right-wing Hungarian demonstrators congregated in front of the Slovakian embassy in Budapest over a period of days, burning Slovakian flags. There were repeated calls for a revision of the Trianon Agreement, under which in 1920 Hungary was forced to cede large areas of land to Slovakia. The protesters were joined by members of the Hungarian Guards, who the previous weekend had gathered at the Slovak-Hungarian-Ukrainian border to commemorate the 1938 First Arbitral Award of Vienna, under which large parts of southern and eastern Slovakia were handed over to Hungary. Police also stepped in there, arresting dozens of Hungarians. 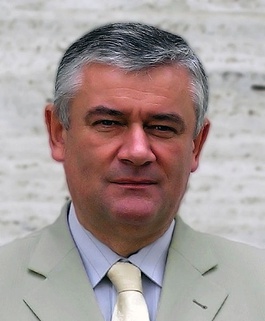 Politicians, too, have played a part in aggravating the situation. The Slovakian prime minister, Robert Fico, has spoken out about the acute danger to Slovakian sovereignty. Bratislava accuses the Hungarian government of having lost control of right-wing extremists in their own country; Budapest, meanwhile, points the finger at its northern neighbour, claiming Slota’s National Party at the heart of the government represents a far more sinister and insidious form of extremism.

Now the EU has intervened in the dispute for the first time. A spokesman for the European commission expressed concern about the deterioration of relations between two EU member states. Several Czech politicians, including foreign minister Karl Fürst Schwarzenberg and the leader of the aocial democrat opposition, Jiri Paroubek, have offered to mediate. The ball could fall into the Czech Republic’s court as early as January, when it assumes the six-month presidency of the European Union, after France.

However, the conflict could be defused before then: according to reports from Budapest, prime ministers Fico and Ferenc Gyurscany are to meet this Saturday in the Slovakian border town of Komarno. Commentators have called for a ‘public rebellion’ to make the politicians see sense.

This article was written byHans-Jörg Schmidt,a member of the n-ost writer correspondent network, based in Berlin