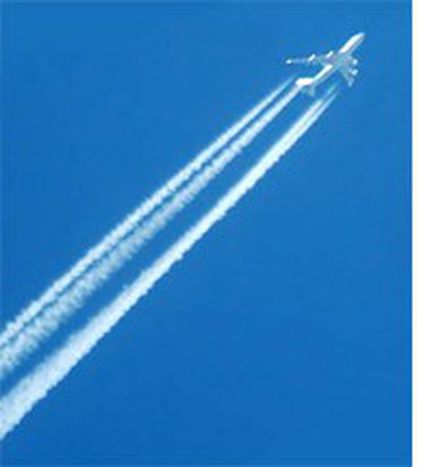 The high price of low-cost airlines

The success of low-cost airlines threatens to ruin all European efforts to reduce greenhouse gas emissions. Consequently, the call for an EU-wide tax on aeroplane fuel is getting louder

No plans yet for the weekend? Berlin-Madrid for 19 euros! Low-cost airlines are conquering the European travel market with cut-throat prices, and the aeroplane is fast becoming an everyday means of transport. But this has dramatic consequences for the environment as no other form of transport has such a damaging ecological effect as the aeroplane. A single flight can use up to five times as much fuel as a train journey of the same distance. Even the car, with a similar fuel consumption per head, is better in comparison. Moreover, at such high altitude, the combustion of fuel contributes to the greenhouse effect to a far greater extent than on land.

No chance for Kyoto

25,000 aeroplanes traverse the European skies daily and the amount of air traffic is growing at an inexorable rate. In January 2005, well over 8% more passengers passed through European airports than in the previous year. Accordingly, emissions are on the rise. This development contradicts the EU’s efforts to reduce pollution as part of its commitments under the Kyoto protocol since emissions from international flights that contribute to the greenhouse effect are not included in its pollution estimation. This has the absurd effect that even if the EU achieved its Kyoto targets, all reductions made up to 2010 would be obliterated by the growing amount of air traffic.

The recent growth in air travel is above all due to the success of budget airlines. At first sight, they do not seem to have a worse ecological effect than British Airways or Lufthansa, thanks to near full capacity usage – making their ecological effect sometimes better than that of conventional airlines. The crux of the problem lies in the acquisition of a new, broader customer base through cut-throat pricing. The airlines woo customers away from alternative forms of transport – according to one survey, a third of Ryanair’s customers (the biggest low-cost airline) have switched from car or train because of the low prices. The budget airlines have created a completely new mass market. A two day shopping trip to London and a relaxing weekend in Mallorca would remain a luxury few could afford without Ryanair and Co.

The railways cannot compete with the discount airlines’ rock-bottom prices. The reason: in contrast to a rail journey, international flights accrue neither fuel nor value added tax. “Airlines have a clear competitive advantage over environmentally friendlier means of transport such as rail” says Michael Cramer, the Greens’ spokesman in the European Parliament’s Transport Committee. Air traffic’s consequences for the climate are now moving up the EU’s agenda after a period of dormancy. “I’m for a tax on kerosene” said Jean-Claude Juncker, current President of the European Council, in February 2005. The Netherlands has already taken action and at the beginning of the year became the first EU country to introduce a kerosene tax on internal flights. Pioneering states have received unexpected support from the ranks of the travel industry, of all places! Willi Verhuven, in charge of the German tour company Alltours, declared himself to be in favour of introducing minimum flight prices. “The budget airlines’ inducements are, in terms of environmental policy, absolutely irresponsible”. But such insight remains an exception in the tourism industry and is ultimately caused by fear of the unpleasant low-cost competition. Southern countries such as Greece and Spain, popular holiday destinations which profit the most from the boom in flights, are contesting the introduction of a kerosene tax most fiercely. If the necessary unanimity for a decision to be taken by the Council of Ministers can be reached remains to be seen.

Compensate with a solar powered kitchen

Thus it remains, for the time being, the traveller’s individual responsibility to resist frequent flying. Those who cannot, or will not, do without flying have the possibility to compensate for the negative effects of their journey on the climate. By donating money to climate protection projects carried out by initiatives such as Atmosfair in Germany, MyClimate in Switzerland or The Carbone Neutral Company in the UK, you can compensate for the greenhouse gas emissions caused by your flight. For example, Atmosfair estimates that the cost of the 840kg of CO2 that a weekend trip from Berlin to Madrid leaves behind in Europe’s skies is 15 euros, which, should you choose to get out your cheque book, are then used to help finance a project for solar-powered kitchens in India. It’s obvious that such voluntary initiatives will only be supported by a minority of environmentally conscious European citizens and can represent no real or credible alternative to a political solution. The coming months will show if EU states take the Kyoto process seriously and put a stop to cheap flights at the expense of the environment.