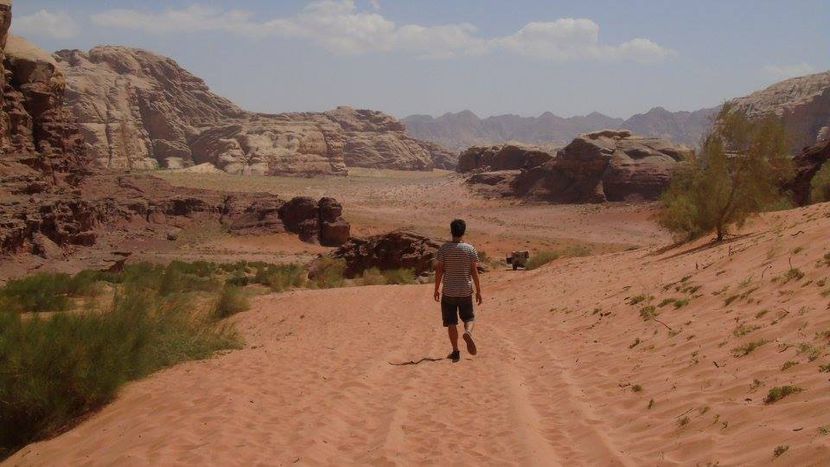 The future is always elsewhere

We are never in the right place at the right time: The future is always elsewhere.

That time in Amman I understood it: we're always out of place. Ousama, a boy I met in a hostel, says it clearly, "the more I think of Jordan, the more I'm convinced of it."

"Of the impossibility of making projects here, in the Middle East, in Jordan. Whatever they may be. There are no prospects, le pays vamal, the economy isn't recovering, actually, it never developed. Islamic finance is a bluff, there's no oil, tourism is almost non-existent. There are too many poor, unemployed and misfits. Everybody gets married to fill the existential emptiness, without considering the consequences, without planning anything. The fear of a new conflict paralysis the country: nobody really thinks about the future."

“What are you going to do?”

So I think about our old Europe. Our small continent which has retreated into itself. Where the mere fact of being young is a fault. Where dreams have reduced so much that they are not bigger than a few square meters. Where the geographical instability, the inability to plan, and generational anxiety prevail. Where you should work if you study and study if you work. Where economic cretinism has deprived us of our humanity and spontaneity. Where starting a family is either for rich or poor irresponsible people. Where if you dream big you're stupid and if you don't dream you're weak. Where ministers, the "dinosaurs", disconnected as they are from the real world, speak and act recklessly. A magnificent location basis, torn to shreds by the inability and abomination of the entire political class.

I feel a little melancholic, but it's really not the time. Then again, it's never the time to be sad. There is no such thing as the right moment to denounce an objectively negative state of affairs.

We are never in the right place or at the right time.

Then I think about some "developing" countries, where the things that are not right are many. For example, I remember that time in Casablanca where I was asked to pay 5000 dirhams (around 500 euros) just for a routine check-up in a hospital. I returned home thinking; this doesn't happen in Italy. I remember the shanty towns in Marrakesh, the Bedouins' huts in Palestina, the poverty in Latin America, the violence in Jerusalem. It's right to know and right to see.

Between us and them there is an unbridgeable gap; there's no point in denying it, impossible not to realize it.

Nevertheless, there, younger generations are not afraid to live, to take risks, they are not afraid of tomorrow. They are many, strong, resolute. Society values them and they themselves are aware of their role. Without them, there is no future or present.

Getting on a bus is enough to realize it: there everybody is under 30, here we have a crowd of white heads. There they work, study and have kids in their twenties. Young people help the elderly and not the other way around.

Social disadvantage is huge, but the force that stands in opposition is equally incisive.

Here we are imploding, there no artificer withstands; the bomb has exploded, the conflict has arisen.

Perhaps we are afraid to lose what is left of wealth, they are determined to create it at all costs.

I peer at Amman from the top of the hill.

I look at Ousama who wants to leave.

I sigh and tell him:

"Take it easy man, the future is always elsewhere."