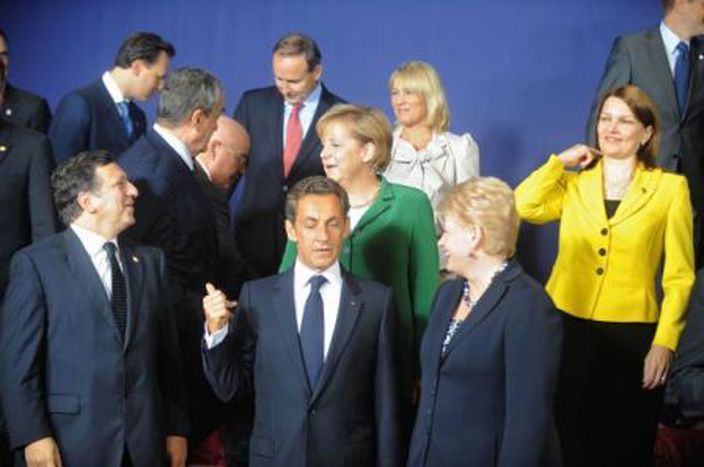 By Maxence Peniguet At the last European Council, the outcomes were largely the result of Franco-German decisions. The couple met again before the Council to discuss what’s to be done at this summit, and is more united than ever. Now it seems the decisions are made in Berlin and Paris just follows the dance.

Since the creation of the European Union, the two most powerful Member States have had common cause, and the balance of forces has remained more or less in equilibrium. On one hand, there’s France and its permanent seat on the Security Council of the UN, and the other, its economy and Germany's seventh heaven. And then there’s peace building.

Even if it does not show today any obvious imbalance - the Franco-German union is not what it was.

Crisis as an engine of change

With the financial crisis came a time of imbalance. Nicolas Sarkozy took over the EU presidency in 2008 and immediately initiated discussions for the European countries to stimulate their economies. Then in 2009, France kept its hand with a stronger economy, ie with a gross domestic product (GDP) that fell by only 2.6%, 4.7% against the side German. Enough power to lead.

By the end of 2010, the dance has changed pace. Germany imposes its exporter charisma, which bestows a GDP growth above 3.5%, and France had predictions giving only an 1.6% increase.

In terms of European negotiations, the last two European Councils are clearly Angela Merkel's Rib. It was she who, last October, imposed sanctions on States with overly lax economic policies. And in early December, the common view of the refusal to create Euro-bonds came directly from Berlin. Finally,the desire for harmonization of tax or labor law is more Nicolas Sarkozy’s desire, who is trying to copycat the Germanic model, than the reverse.