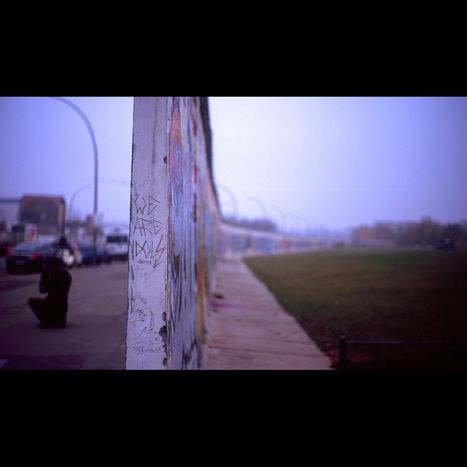 The fall of the Berlin Wall : Nearly 20 years

Next November 9th, it'll be 20 years since the Wall built by the Democratic Republic of Germany to prevent people from fleeing to Western Germany collapsed. Within 28 years, hundreds of people had been enjailed or even worse, killed while trying to jump over what still symbolizes the terror policy imposed by the East-German government.

However, after years of repression and division which would leave long lasting aftermaths, reunification was proclaimed. Under the pressure of a popular movement, in a geopolitical context where Russian communism was step backing, Helmut Kohl managed to have Mikhail Gorbatchev, then first secretary of the Communist party, accept that the two Germanies should go back to unity.

This has been an outstanding period  in both German and European history. It impulsed a real shift as people came closer to each other which, just after the Cold war, sounded as a turning point for identities. Not thinking yourself in opposition but in convergence to the others has been a leitmotiv of European people ever since. So as to commemorate this very special period in our History, Berlin and Paris which have been twin cities for 22 years, inaugurated the settling of some Wall pieces on the Esplanade du 9 Novembre 1989 in the 15th district of the French capital.

The Wall meaning « never this again »

The fragment, still stained with the marks of the post communist uprising, was inaugurated by Bertrand Delanoë and   Klaus Wowereit, mayor of Berlin. Before joining the Parisian set, this traveling piece had been used as a memorial in Potsdamer Platz. Hard to imagine that just 20 years ago, Potsdamer Platz, which is now always mentioned in touristic guides, was a huge no man's land. Nowadays, this long road designed as a commercial avenue symbolizes Berlin's renewal. The proof is the famous Sony Centre ; since it was created, this modern symbol has epitomized the entering in the consumer society. Hard to imagine that this was a hard-packed surface surrounded by he hissings of bullets... But let's go back to our piece of Wall which reminds of another symbol, that of Franco-German friendship. 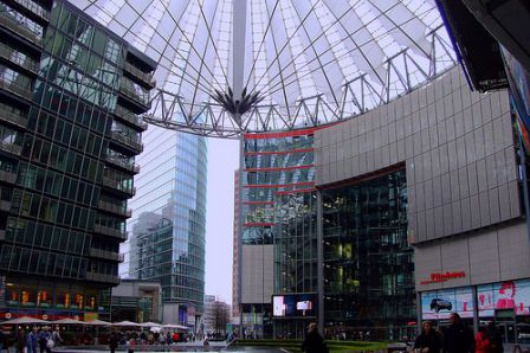 Seizing the opportunity of his visit, M. Wowereit signed, with the mayor of Paris, an agreement for cultural cooperation also aiming at intensifying meeting events between young Parisians and Berliners. This visit was part of a very busy cultural schedule as on the same day, the 2009 Franco-German journalism prize was awarded.. If you missed this edition, you still have a chance to show your talents: in the eve of the anniversary of the Berlin Wall collapse the CIDAL (Documentary and Information Centre on Germany) launches a journalism competition on the theme « The 20 year anniversary of the collapse of the Berlin Wall on November 9th 2009 ».

So, take your pen! And don't forget to propose your composition to the Parisian, should you be  a winner or a loser, it will find its place on this website!