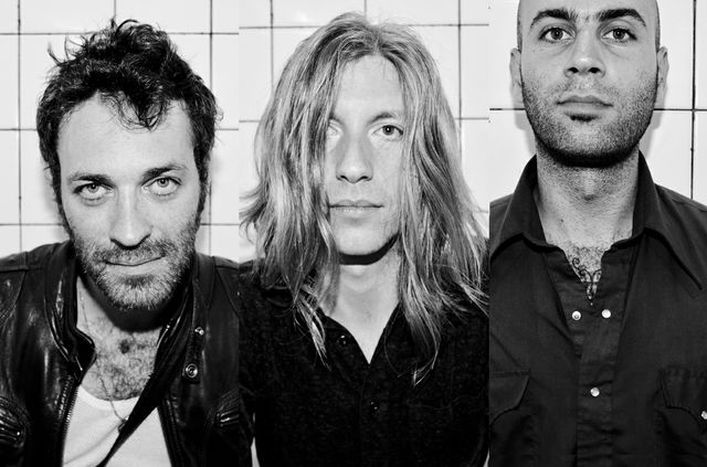 The Experimental Tropic Blues Band: 'We started in the playground and haven't stopped since'

With the support of the independent music collective 'JauneOrange', the TETBB trio has been an explosive part of the Walloon rock scene for over a decade. Between a barge in Paris, recording in New York and a joint, the 'best Belgian rock band of all time' explain the then and now

The crowd is in a stupor. In the middle of a huge mess of electrical equipment and a huge drum kit, a man with medium-length hair looks like he's about to smash his face on the floor with his violent headbangs, only to bounce back energetically and sing. This almost christian scene is one of the 'tropical' concerts of the self-proclaimed 'best Belgian rock band of all time'. 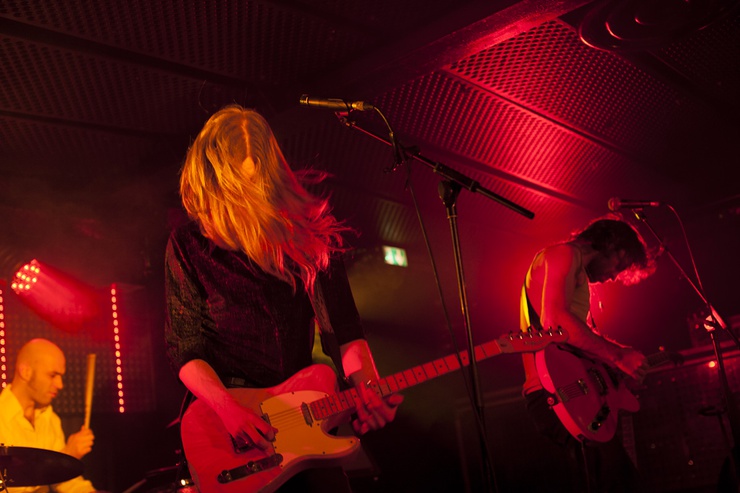 I didn't say it first; it was The Crow and the Deadly Nightshade, who are the supporting act for the headliners at the Batofar, Paris' very own concert-hall-on-a-boat in the 15th 'arrondisement' or district in mid-March. The Experimental Tropic Blues Band (TETBB) duly climb up on stage, surrounded by an aura of the highest prestige. They will be playing on a barge in front of thirty people after having tuned and plugged in their own equipment. In some ways, that's typical of TETBB: they are a band who are not very well-known but astonishing.

A word of warning for those whose music tastes are more Michael Bublé (the Italian-Canadian pop singer) than Iron Maiden: these guys from Liège are loud. Labelled for several years as a both 'dirty' and 'vile', the band have been spewing out their own form of maniacal rock for eleven years. Basked in the first light of spring, the  guitarist and vocalist Dirty Coq (that's 'cockerel' in French) relaxes on the boat's bridge at Batofar in his white vest and rolls a joint. Boogie Snake, fellow guitarist, vocalist and harmonica, and the drummer Devil d’Inferno follow. 'I want to do rock differently, without any complexes or pretension, with us just being who we are, ourselves,' crows Coq. 'Us, the three little Belgians.'

Between their music videos, concerts and promotional shots, everything has a hint of of blood, sweat and tears with this group. The only thing left to do is to give a name to a type of music which is described as 'energetic with riffs, different to what you've already heard'. The sound mixes many different genres (hardcore, psychobilly, country) and many different bands (The Cramps, Oblivians, Andre Williams). It could be described as a bloody mess; in any case, TETBB's music always starts with a din.

One morning in 1999, two little Belgians had a go at their own form of 'experimental' music, both wearing flowery Hawaiian t-shirts. Devil d'Inferno gets a bit carried away as he explains. 'I met Coq at Saint-Luke's school of photography. On saint Luke's day, we were asked by our teachers to do something different, so we decided to put on a concert. Coq had a sort of banjo which was broken and I had never even touched a drumkit before in my life, but still had a go on a huge drumkit. We started like that, in the playground, and we haven't stopped since.' Boogie Shake, who had previously played in a band with Coq called Seasick, joined shortly afterwards. The trio ended up touring the Walloon scene, with a type of music which can be described as 'noise à la Jesus Lizard', largely influenced by the grunge scene of the nineties.

After over a decade of electric cacophony and two albums (Captain Boogie in 2007 and Hellelujah in 2010), the band recorded their third LP, Liquid Love, in the New York studio of the rock guru Jon Spencer. As the producer of the new album, Spencer - one of New York's wackiest musicians and lead singer of one of its wackiest bands, The Jon Spencer Blues Explosion - also acted as coach during the eleven days of studio recording. 'He had a sort of paternal side to him,' admits Devil d'Inferno. 'He used to arrive every morning with a little packet of vegetables or a voice spray.' Dirty Coq jumps in. 'Or with his bottle of whiskey. He used to say, 'Drink a bit, it'll put hairs on your chest'.' Past all the boozing and the health foods, Jon Spencer also taught the trio what was needed in order to make a 'magical' album. 'It's the fact that we've been able to benefit from his experience and his tastes which has made all the difference,' continues Coq. 'He has good ideas for sounds and good ideas for arrangements. He's not only a producer. He plays guitar, he sings - he knows!' Boogie Shake has also found his means to escape. 'For the first time in my life, I'm happy. I'm touched by a sort of magic.' 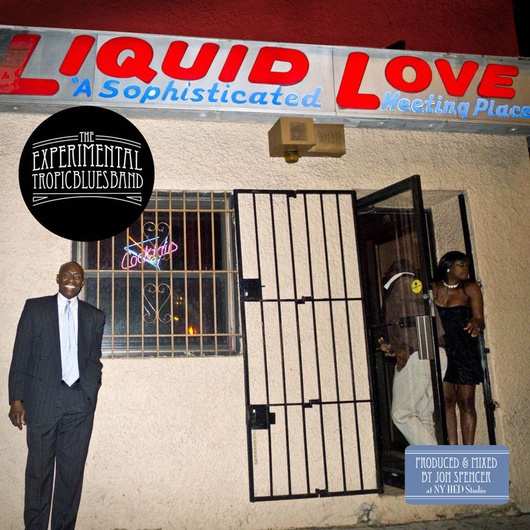 The album's twelve tracks transmit a tidal wave of energy which is both bestial and captivating. As proof of this eclecticism, the banjo chords disappear gracefully with the pretty harmonica themes of the song Keep This Love, while Nothing to Prove is an ode to The Blues Explosion's more hardcore songs. All in all, Liquid Love is 'a wild animal of a disc but more natural than its predecessors, with all its charm and mistakes.'

TETTB's third album has allowed the band to show the world that they can do 'cleaner' things with their brand of 'dirty music' . For example, in 2012 they were awarded the prize for the best rock group in Wallonia by the Octaves de la musique, an event sponsored by some of the 'cleanest Belgian music institutions', says Coq. 'It just goes to show that we've even managed to get through to them,' he reflects. The perennial images of the bite électrique or the 'electric dick', one of the Tropic's 'instruments', or the guy who throws up at the sight of it, are long gone. After well over a decade, the band has enough experience to prove that far from the limitations of the treble clef, 'music is a tool for expressing yourself, no matter what you do. When you already have a certain amount of energy, you don't really need to play to transmit it,' finishes Coq. Amen.

Catch TETBB on tour on the following dates in April: 21st in Barcelona, 28th at in Charleroi; in Belgium and Germany in May, and in June: 3rd in the Netherlands, 15th in Helsinki and 16th in Talinn