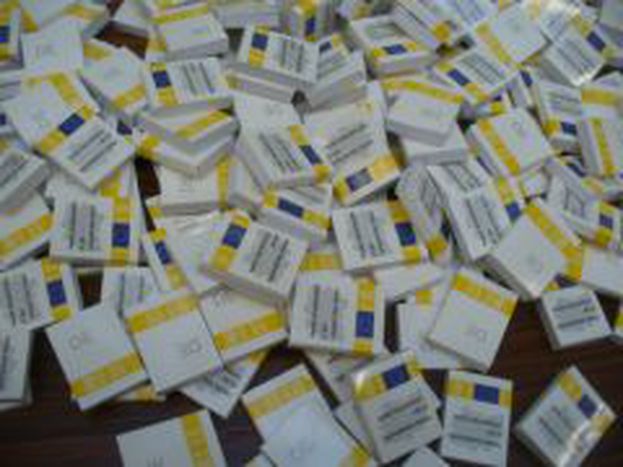 The EU's new home in Vienna

By Daniel Spichtinger Don’t panic (or celebrate) – the EU institutions are not leaving Belgium. But Austria has a new home for the European Commission and the European Parliament Representation in Vienna.  In fact, the EU’s new presence in Austria already held its first public event in June this year on the occasion of the European elections.

In the entrance of the building (which had not been officially opened at the time), the main party candidates were interviewed on election night while at the same time the transparent glass walls allowed some protesters visibility – one result of a consciously open architecture. Since that night, the Parliament and Commission have made themselves at home, even though moving boxes and heaps of papers were visible for quite some time in the lobby. October 16 finally saw the official opening of the new House of the European Union with the presence of prominent politicians from Austria and the EU such as Jerzy Buzek, José Manuel Barroso, Heinz Fischer, Josef Pröll, Martin Spindelegger, Benita Ferrero-Waldner and Michael Häupl. The only one missing was Chancellor Feymann, a fact much noticed and commented upon in the Austrian press and interpreted in the context of a quarrel about the next Austrian Commissioner, a topic of much contention within the governing coalition. The new house was unanimously praised by the speakers and is considered an important step towards more communication with the citizens. It was no coincidence, then, that communication with the citizen was indeed the main purpose of the “youth event” which took place from 17:00 and which featured the awards ceremony for short films about Europe created by school pupils. The first prize was awarded by the President of the European Parliament, Jerzy Buzek, who delivered a lively and amusing speech. However, the quality of the films was in some cases rather debatable. Discussions with the citizens were the focus of another event, on October 26, the Austrian national holiday. Under the motto “open house” all doors were opened. Together with the architects visitors could explore all the floors of the building and were informed about the environmentally friendly building style and the associated low consumption of energy. The glass windows symbolize not only transparency but also ensure that offices are lit by natural sunlight. In the lobby the Europaquiz gave visitors the opportunity to win a trip to Brussels. A photo exhibition chronicled the events of 1989 and a children’s corner was created for the smallest visitors. All in all, the Commission and the Parliament representations have so far used the new EU house as a good opportunity for communicating with the often Eurosceptic Austrians. It remains to be hoped that interaction with the citizen will continue to play such an important role in the future activities of the EU’s new home in Vienna.