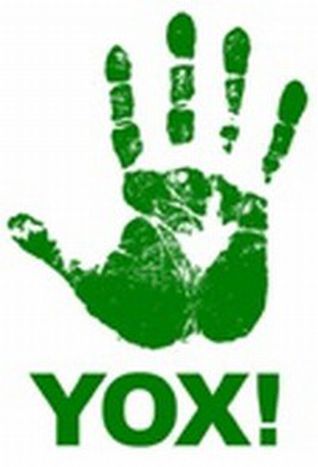 The Europeanisation of Azerbaijan

For the first time, opponents of the autocratic regime in Azerbaijan put on a united front for the November 6 parliamentary elections. However, opposition parties and international observers have criticised the undemocratic character of the elections.

The democratic implementation of the November elections and the transparency of the voting process were among the most important demands of Azerbaijan’s opposition. The opposition is mainly organised into the Azadliq coalition, meaning “freedom,” which is composed of the three parties Musavat, the Popular Front and the Democratic Party. The pro-West opposition movement, established a few months ago, led a series of demonstrations in the country’s capital, Baku, as well as a few in the Azerbaijani provinces. As the election date drew nearer, the protests were broken up more brutally by the police, who are by and large loyal to the president. Thus, some were prevented from attending the peaceful demonstration planned for October 23 by the massive police presence. There are, nonetheless, a few positive developments in comparison with the undemocratic presidential elections in 2003 which were marred by violence. This time, the opposition parties had the possibility to express their views on public television and almost all opposition candidates were registered with the Central Election Commission with virtually no hassle.

However, the election was distorted by the fact that around a million of the eight million Azerbaijanis could not take part in going to the polls as they had no identity cards and voting on the basis of the old soviet passes was not permitted. Furthermore, it was not possible for the most well known Azerbaijani dissidents to participate, such as former president Ayaz Mutalibov and the previous speaker of the house, Rasul Guliyev, who have lived in exile for ten years. The Ministry of the Interior and state security forces threatened the two politicians with immediate arrest, should they return to Baku. On October 17, Guliyev’s plane, destined for Baku, was diverted to Simferopol in Ukraine where he was taken into custody by Interpol officials, although he was released the next day. Out of fear of an “imported revolution,” squadrons of the National Army and lightening units of the police blocked the streets from the airport to the centre of Baku in the days leading up to the election.

Azerbaijani civil society has indeed experienced a Renaissance in the last few months, through the emergence of various youth movements in the image of Ukraine’s Pora revolutionary youth movement. In February 2005, the group YOX (NO) was established, which advocates non-violent change. The distribution of pamphlets, organisation of various protests and raising awareness of human rights and the fight against corruption are activities characteristic of a number of youth organisations such as Yeni Fikir (New Idea), Megam (Era) and Dalga (Waves). Thousands of young Azerbaijanis engage with each other on internet forums, chats, or mailing lists, exchanging ideas on the future of their country. Beyond this virtual realm, discussion clubs and meeting points for free thinking young people have popped up in the last few months, building the backbone of civil society.

The regime is crumbling

If the democratisation of the country and the integration of Azerbaijan in the Euro-Atlantic structures are to come about, whether by means of revolution or evolution, the Azerbaijani press will have to be seriously discussed. Both local and international analysts favour an evolution towards democracy based on the Moldovan model, where President Voronin left the parliamentary elections to run their course. This would allow a certain continuity in the country’s leadership by simultaneous democratisation “from below” as well as “from above” supported by an independent parliament. The newspaper aligned with the president, 525ci gezet, even writes that President Aliyev himself has led a “velvet revolution” through the sacking of the ministers for Economic Development and Health and many other high ranking officials. The sackings were welcomed by a number of European observers, although it is difficult to say if there is in fact a will to democratise behind these measures. Ostensibly, it appears that the authoritarian regime of President Ilham Aliyev, which he inherited from his father two years ago, is in political crisis and is beginning to crumble.

Translated from Europäisierung in Aserbaidschan