The biggest natural disaster in history has prompted a flood of donations which will be difficult to maintain for long. It remains to be seen if we are just caught up by events or if we are in it for the long haul 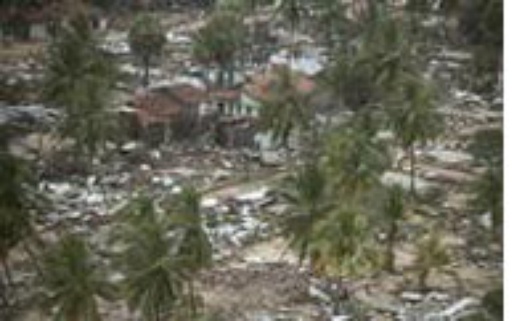 December’s tsunami and the waves caused by aftershocks, of which over 100 have been registered, caused the death of more than 175,000 people in South East Asia and East Africa. Travelling at around 700 km/h, the giant wave, which was caused by an earthquake registering 8.9 on the Richter scale off the coast of Aceh (on the northern tip of the Indonesian island of Sumatra), devastated everything in its path.

A catastrophe of Biblical proportions

The number of dead and missing goes up each day and around 1.5 million people have been displaced. According to figures provided by the UN Emergency Relief Coordinator, Jan Egeland, the number of people affected by the natural disaster stands at 5 million, of which 2 million are in urgent need of food and water. The tsunami reached areas where the land was only one metre above sea level, thus devastating not only the surface environment but also the seabed, which will take decades to return to its previous state. The tidal wave has also brought with it a wave of solidarity which, in many countries, was instigated by citizens rather than governments. The coming weeks will be critical to see how the international community and, above all, the European Union react.

The long journey across the desert

The USA was the first to send planes, boats, helicopters and personnel to help in the rescue operations; some say to help cleanse their public image. Australia, India, Japan and the European Union followed quickly in its footsteps. As far as our leaders go, we can’t complain. For the moment, they are abreast of the situation, but the consequences of the tsunami will last for years to come and we will have to wait and see if European attention remains focused on this catastrophe. What matters now is making sure that our pledges to the affected countries, and for development aid in general, do not remain a mere photo opportunity for European leaders to help them sustain favourable public opinion.

The Commission went to work practically on the day of the disaster, making donations and mobilising delegations in the area to gather information and coordinate the first moves. Later, at the Jakarta summit, precise figures were agreed, despite the risk that some were only trying to improve their public image and use the media impact for propaganda. Only the European Parliament was missing, but let’s not forget it is the Parliament which (to a certain extent) holds the European purse strings, which implements the decisions that have been made and which acts as a unique opportunity for inter-institutional dialogue.

However, the Parliament has not disappointed: it has decided to create a permanent team of units specialised in civil protection to provide humanitarian aid. This could be the beginnings of a “white army”, prepared to act as quickly as possible wherever it is needed. Also, the Parliament has urged the introduction of early warning systems in the most active seismic zones on earth. In fact, it was the centre for the detection of tsunamis in Alaska, part of the US Oceanography and Climatology Agency, which warned of the possibility of a tidal wave. In light of this fact, two things are particularly surprising. Firstly, that the tsunami was predicted by a research facility on the other side of the world without even having monitoring buoys or sensors anchored to the sea bed. Secondly, that the US is part of the international community and yet it did not have the necessary means (or perhaps the desire) to react pre-emptively to the disaster.

The European Parliament has decided that the funds assigned to this disaster will not come from those already allocated to European development projects but from new sources. However, the biggest challenge for the future is that, once and for all, the process of integration needs to go beyond the economic sphere. In order to coordinate these resources for rapid intervention it is essential that integration is not restricted to economic issues, but rather goes deeper to address questions of security which will speed up and make way for the arrival of the aid.