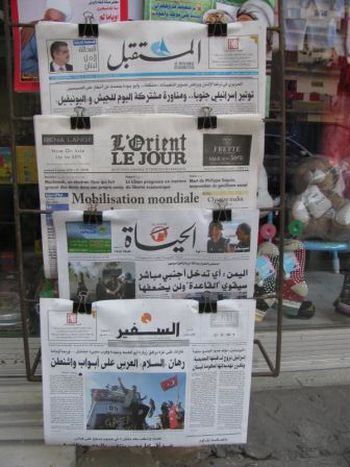 The European Union through non-European eyes

By Eva Donelli Hope and illusion, then disillusion. Admiration, interest, even envy. That's what the E.U. arouses around the world, according to a bunch of “exotic''” correspondents chased by Cafebabel among the participants of October 28-29th European Council Meeting. By focusing on non-E.U. journalists, Cafebabel tried to dig and to understand perceptions of the EU.

When asked the question: “What is the first think that comes to your mind if I say European Union?” an Egyptian journalist doesn't hesitate: “It is unfortunate that my country is not part of it!” is the answer. “Don't you know how Egyptians envy the E.U.'s economy, the quality of life and negotiation power?” There were observers from North Africa to the Pacific Ocean, from South Asia to the heart of Africa at the Council meeting, and the world seemed enthusiastic and full of hope concerning the E.U. 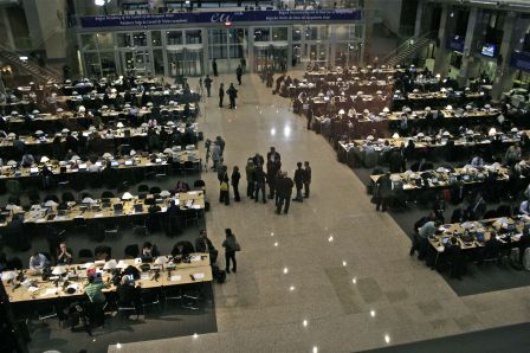 In Japan, according to Satoshi Hashimoto from the Asahi Shimbun, the E.U. is admired for its principals, and taken as an example of a welfare system to follow, in particular the Scandinavian countries.

Unib Rashid, correspondent from the Pakistani Daily Jang, believes the E.U. can have a relevant role in the stabilization process of areas like Khasmir, and praises E.U. efficiency in tackling the emergency when the floods struck his country. A Congolese journalist, one of the few black Africans present at the summit, describes the E.U. as a model of integration and social policy and says it is crucial to follow the evolution of the European constitution, as it is considered a new model for Africa, even if on the agenda there isn't any issue directly concerning Africa. “In this particular moment, as a former Belgian colony, we are proud of Van Rompuy”, he even affirms smiling.

In the general euphoria somebody finally strikes a discordant note: Peruvian correspondent Jose Alvarez bitterly described the disillusion in his country and according to him, the widespread general bad feeling in South American countries. He accuses the European Institutions of making use of unnecessary bureaucracy, and of “letting élites decide without giving the due consideration to populations' voices” via referendum.

Finally neutral voices come from journalists from countries like Iran and China: “In the E.U. you have the same culture but you share the same advantages and disadvantages of it” is the diplomatic comment of one Iranian journalist. “In China”, concludes a reluctant Chinese journalist (kindly asking me not to mention her nationality), “only major E.U. events grab our attention. EU policies don't affect us immediately, but with the growing globalization”, she admitted, “they will, more and more”.