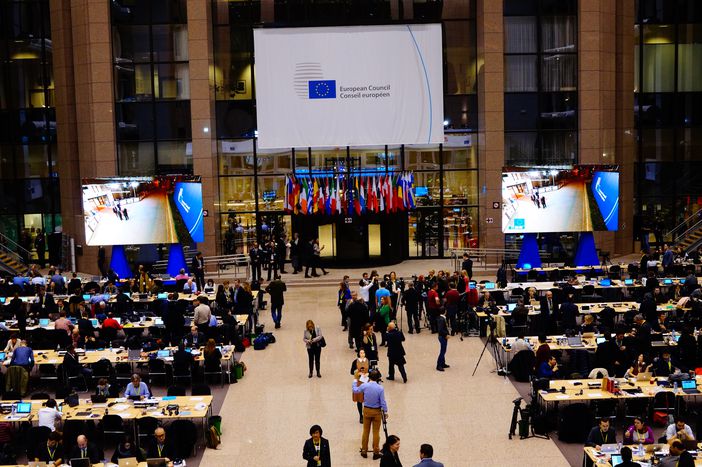 The European Council's conclusions for dummies

During the European Council meetings, the European heads of state set out their political priorities in the form of conclusions. However, a few days before the beginning of the negotiations, journalists already have access to the "draft conclusions". Why do they meet if they already know what will happen?

"Have you got the latest conclusions?" "I've got yesterday's, have you got today's?" A classic conversation between two journalists covering European affairs a few days before the European Council meets. This may seem quite astonishing but, before the beginning of a European summit, journalists already know the result of the negotiations between leaders.

Who does draw up these documents? Will the member states' position change after the meeting? An analysis of the conclusions before and after the December summit allows us to gauge the progress made during meetings between the European heads of state.

The Council's conclusions: how does it work?

European politics can be quite complicated at first, but we'll try to make it simple. The heads of state and government of the 28 EU member states together with the President of the European Council, Donald Tusk, and the President of the European Commission, Jean-Claude Juncker, come together at European Council meetings. Their aim is to establish the EU's general political direction and priorities. During these meetings they set out an EU action plan by adopting conclusions. 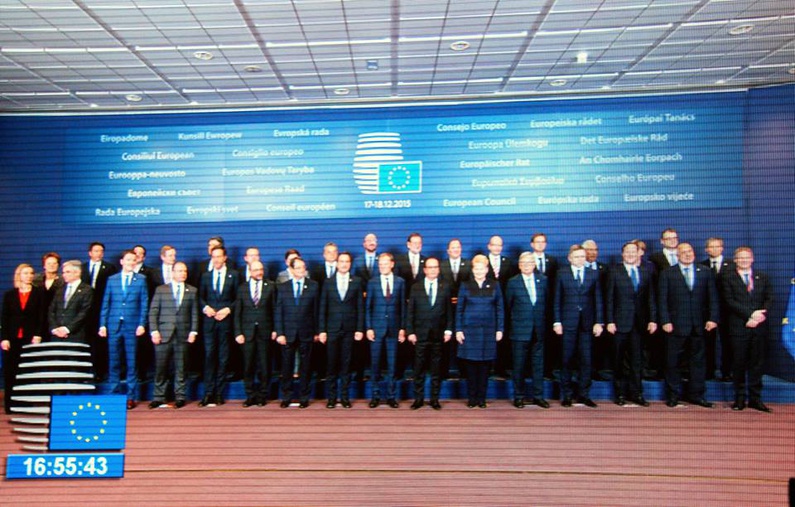 Read also: No beer after 11pm: Behind the scenes of the European Summit

A few weeks before the summit, the President of the European Council holds very discreet meetings with the ambassadors and national representatives to the European Union. Each ambassador defends its country's position on various matters and hopes to influence the text in its favour, that is, add certain points to the agenda. Drawing on these meetings, Donald Tusk prepares the Council's "draft conclusions".

Some journalists manage to get their hands on them thanks to their connections in the diplomatic world. They can thus know the decisions that will be taken by the heads of state even before the event has begun. The draft conclusions will then evolve as the summit progresses. The Council meeting usually ends on an early Friday afternoon. The final conclusions are then posted on the institution's website.

A comparison which speaks volumes

On the Turkish issue, the politicians gathered around the table decided to give a free hand to the Permanent Representatives Committee (COREPER), which is made up of the ambassadors to the EU. COREPER was charged with deciding how member states will find the 3 billion euros promised to help Turkey to accommodate refugees.

Member states didn't go in too deep when it came to the European Border and Coast Guard - they will take a decision on the matter "under the Netherlands' presidency", that is, they allowed themselves to wait until the end of June to reach an agreement. 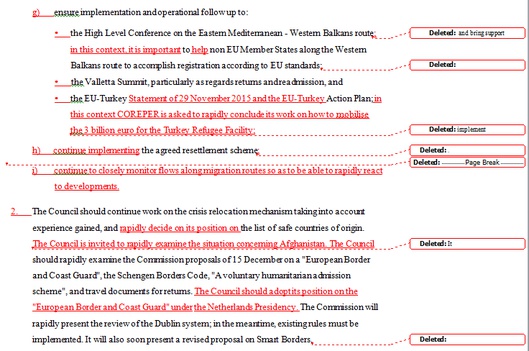 Terrorism: do we really want to do away with heavy weapons?

The Council's ambitions with regard to the fight against weapons were lowered; before the Council met, the draft conclusions read: "The Council will rapidly examine the Commission proposals on combating terrorism and on firearms, in particular with a view to banning high-powered semi-automatic weapons". This had been added, according to the BBC, at the request of David Cameron. The word "banning" was deleted from the final conclusions, to the great displeasure of the British Prime Minister.

Internal market: TTIP is (still) around

Absent from the pre-Council version, a point on the transatlantic trade agreement (TTIP) was added to the final conclusions. The European heads of state wished to conclude "an ambitious, comprehensive and mutually beneficial agreement," which goes to show their desire to see through a project criticised by many NGOs.

David Cameron's demands related to the referendum on Brexit were discussed during Thursday's dinner. Before that, the section on this theme was empty since leaders were waiting to hear the British Prime Minister's proposals. He explained his four-point plan (the relationship between euro and non-euro member states, competitiveness, sovereignty and free movement) while they had their filet de biche. The 28 heads of state decided to return to this issue at the next Council summit in February.

In short, a comparison of the conclusions before and after the European Council meeting allows us to see who were the winners or losers, as well as to gauge the European leaders' real will to take concrete measures.