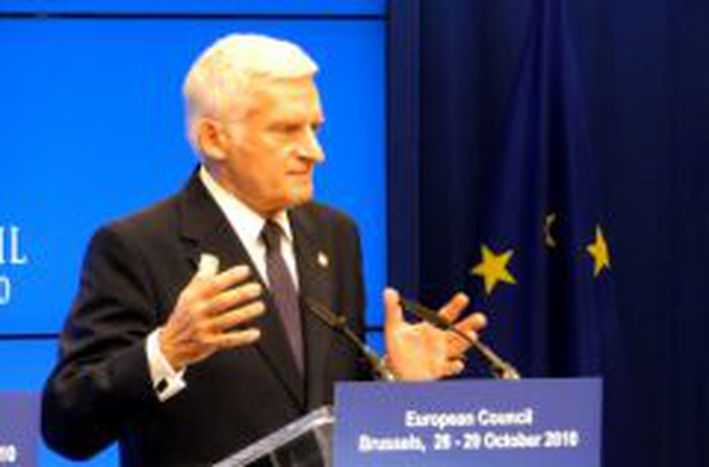 By Maxence Peniguet Last night was the night. Between little phrases and important decisions, the European Council, met in Brussels these past two days, to discuss and decide on major changes to the Lisbon treaty. It all started in Deauville 10 days ago, with a summit meeting with Germany and France along with Russia, which saw an agreement reached between Angela Merkel and Nicolas Sarkozy.

They agreed that the European Union needs to modify the current treaty in order to punish states in deficit who do not adopt the necessary rules to fix it within six months. The German Chancellor also proposed that countries that do not respect the rules could lose their voting right. From the Commission side, watch-keeper of the treaties, voices denounced this bilateral behaviour, reiterating that decisions are reached with the consensus of the 27 members. Viviane Reding, Justice Commissioner, rejected as “irresponsible” the deal between France and Germany, which after the Roma controversy is another blow for the French President. Mr. Sarkozy said that Ms. Reding “will pay the consequences” for this statement.

Nevertheless, it seems that the Franco-German couple are winning in imposing their view of the future of the EU. Indeed, after a night of negotiations, the European Council adopted a strong action plan that reflects the ideas of these powerful countries. It consist of surveillance of economical decisions to avoid member-states diving in the wrong direction. Fast sanctions toward the ones being too lax are planned : for the first time ever, preventive measures, as a blocked bank deposit, could be taken. This will not fail to annoy sovereigns inside member-states.

To put in practise these changes, the president of the Council, Herman Van Rompuy, is charged with preparing a project to gently modify the Lisbon Treaty. The modification would also include a crisis mechanism, such as the fund created to help Greece. As for the German proposal about the loss of the voting rights for failing members, it does not have as many chances of success, having been rejected by most of the members.

The European Parliament, in the form of President Jerzy Buzek, said that it should take part in the changes of the Treaty, but the the European Council is willing to pass without asking their advice. That could make a clash between these institutions.