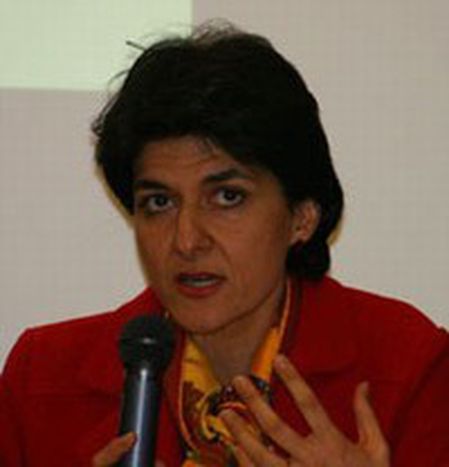 The EU and Turkey: partners or gladiators?

With negotiations over Turkey’s accession to the EU beginning, Europe is still utterly confused as to which attitude to adopt towards the Turkish government. And it is the island of Cyprus that finds itself at the heart of the argument.

For decades, the conflict between Greece and Turkey over Cyprus has been a major impediment for the improvement of relations between Turkey and the EU. When Cyprus applied to join the EU in July 1990, the Community saw this as a chance for peace. It assumed that the Southern Greek-Cypriot Republic was acting out the will of the entire island.

Negotiations began in 1998 in the hope of encouraging a process of political reunification. However, the bet was lost and a divided island joined the EU on May 1 2004. Both the rejection of the Annan plan (a United Nations proposal to bring about the reunification of Cyprus) by the Greek side and the persistence of fervent Turkish nationalism have hampered efforts to overcome the partition.

Maybe it was a chance worth taking since there are a few previous examples of when the will to overlook political reality has triumphed over unfavourable circumstances. For example, from 1945, and in spite of the Cold War, the Allies kept alive the idea that Germany was whole, which proved to be helpful during reunification in 1990. Similarly, the fact that the USSR refused to recognise the Baltic States’ annexation greatly facilitated their independence in the 1990s. The path to reconciliation and peace are not always the straightest. Sometimes the bends can lead right back to the start instead of driving the process forward.

During the 2004 European Council on December 17, the twenty-five heads of state did not expressly ask Turkey to recognise the Republic of Cyprus that had by then joined. It was instead decided that they should have recourse to one of those detours that diplomats know best in order for Turks to save face within their own borders. The convoluted formula which allows this to take place deserves to be quoted in full: “The European Council welcomed Turkey's decision to sign the Protocol regarding the adaptation of the Ankara Agreement [customs union], taking account of the accession of the ten new member states. In this light, it welcomed the declaration of Turkey that ‘the Turkish Government confirms that it is ready to sign the Protocol on the adaptation of the Ankara Agreement prior to the actual start of accession negotiations and after reaching agreement on and finalising the adaptations which are necessary in view of the current membership of the European Union.’"

In other words, even though Cyprus was not explicitly cited but alluded to twice, Turkey agreed to extend the agreement previously governing their relations with the EU to the island. This takes into account all potential implications for the free passage of boats, aircraft and merchandise. However, shortly after this was announced, Turkey made it explicit that this was not an acknowledgement of Cyprus. A controversial move in view of such carefully chosen words. The French authorities were quick to react. According to Prime Minister Dominic de Villepin, it was “inconceivable” to negotiate willingly with a country that refused to acknowledge the existence of one of the member states. Unfortunately, by late August, President Chirac had gone back on this statement at the conference of ambassadors, insisting on the opening of negotiations.

As for the British EU presidency, it allowed the insulting statement to pass and went as far as supporting Turkey’s decision. Two months later, the presidency was still looking for an appropriate reaction to give to the Cypriots and other “smaller” countries. It remains, however, hard to conjure a compromise that will sanction Turkey without jeopardising negotiations. No European still dares to suggest the required solution: that of renegotiating the adhesion in terms of a Turkish turnaround.

Once more, the EU will give in. This attitude is deplorable. It is conceivable that Europeans should make the necessary efforts to help the Turkish government overcome various difficult situations it may face. But it is dangerous to compromise on such a fundamental point when the uncompromising Turkish government refuses to look beyond its nationalist and narrow purpose. By publicly stating that it refuses to acknowledge the existence of one of the EU member states whilst aspiring to integrate into the very same organisation, Turkey demonstrates a serious misunderstanding of the very nature of the EU. Indeed, the EU is not a circus arena in which gladiators frenziedly fight each other but a space of cooperation in which members listen to and respect each other.

The upsurge of Turkish nationalism in Spring 2005, as well as the threats against the author Orhan Pamuk (whose only crime was to make the truth known about the Armenian genocide and the resurgence of upheaval in Kurdistan) have muddied the positive image the Commission had offered in its October 2004 report. To make matters worse, since the decision of the European Council in December 2004, two founding countries have rejected the Constitutional Treaty thereby exposing the vulnerability of the EU. Negotiations may be opening, but it is obvious that the heart is no longer in it.