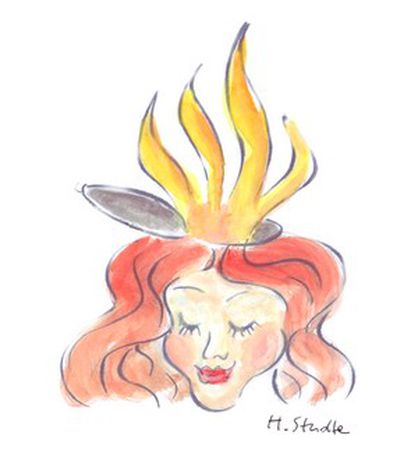 How happy is the blameless vestal's lot!/ The world forgetting, by the world forgot./ Eternal sunshine of the spotless mind!

This piece by English poet Alexander Pope, written at the beginning of the seventeenth century, was the inspiration for the title of the Michel Gondry-directed film The Eternal Sunshine of the Spotless Mind (2004). The verses were quoted by actress Kirsten Dunst (Sofia Coppola’s Marie-Antoinette, 2006) when her character falls in love (again) with the doctor who had erased her memory (to escape his wife’s anger). But despite Jim Carrey's surprising performance and the poetical title of the former delighted audiences, the title has been somewhat betrayed by translations across Europe.

In Italian, the film title was translated literally into its plotline, with the eyebrow-raising Se mi lasci ti cancello ('If You Leave Me I Will Cancel You'). Even the Germans, despite their romantic tradition, have tried to conserve the poetry of the original with the corny translation Vergiss mein nicht ('Forget-Me-Not'), after the little blue flower.

The Polish called it Zakochana bez pamici, which unoriginally means ‘loved without memory’. In France, the native country of Gondry, the original title has been kept - incroyable!

However, in the French Canadian market the title has unexplainably been changed to the title of a song by Yves Montand – Du soleil plein la tête ('Head Full of Sunshine'). Perhaps Pope’s sunshine has got into the heads of the translators?

Next Wednesday - the myth of French lover