The end of a left-wing fantasy

The German visa scandal has spiralled into an absurd debate about the popular foreign minister, Joschka Fischer. Yet amidst heated discussion of great ideals, the vision of a cosmopolitan Europe is becoming an ever more distant reality 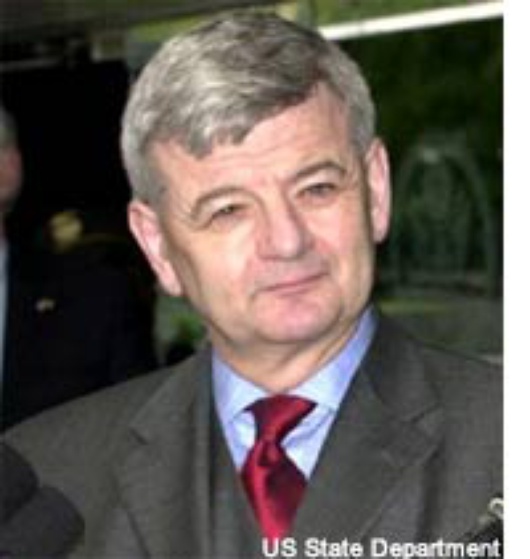 It all began with a vision of relaxing the fortification of Europe, yet it has, paradoxically, brought us a step closer to bringing back the barriers. When the new German federal government took over office in 1998, one of its declared goals was to liberalise immigration policy. It was against a background of desire for a cosmopolitan society that a great mistake was made in 2000: the Volmer directive urged German embassies across the continent to make visas more easily attainable, resulting in a flood of immigrants from Eastern Europe. This cost its namesake, the Minister of State at the Federal Foreign Office, his job and has in recent weeks prompted the German opposition to demand the head of the Foreign Minister himself. Of course, this debate isn't really about Joschka Fischer as a person, or about who knew what and when. The German opposition have nevertheless capitalised on the opportunity to thwart their arch enemy, the country's most popular politician, Joshcka Fischer. We needn't be surprised that what's at stake here is far more than the political career, particularly in the European arena, of a figure once considered a hot candidate for the job of European Foreign Minister. It is the very concept of a cosmopolitan Europe this debate focuses on; will we ever have one or will it remain a fantasy? Big questions - but civil society in Europe seems to have woken up a little late and missed the debate.

Where is the public hiding?

At the start of 2003, cities the length and breadth of Europe were bursting with people on the streets, protesting against the Iraq war - the inspiration for the German philosopher Jürgen Habermas' remark on the revival of Europe and the birth of a European public. Since then much has been written, particularly in academic circles, on “transnationalism” in political discussion in Europe. We start talking about “the European public” when political issues are construed as European concerns. Yet where is that European civil society hiding now when a supposedly domestic issue in a member state carries as much weight and consequence for Europe as a whole as it does domestically? Has the young European public so soon after its rebirth fallen back into a slumber, just like the olden days? Why is the debate about German tourist visas taking place almost exclusively in Germany when it should be part of the transnational discussion about Europe and its much talked of “fortification”?

One thing is clear: never mind how, where, when and by whom the crucial mistake was made, the consequences have to be borne by Europe collectively, which is why European civil society should join the debate without delay. We need to ask ourselves what is left to save of the idea of a cosmopolitan Europe, in a time when calls for the fortification of Europe are being made more loudly and urgently, not to mention more justifiably given the increase in human trafficking and prostitution said to result from the bureaucratic changes. The European public cannot simply close its eyes to this failure. Europe's feminists, at least, should have no qualms about denouncing a failed policy for its narrow-mindedness – even if we do respect the ideals upon which it was based; or rather, precisely because we cherish those ideals. The German journalist, Alice Schwarzer, was quite right when she commented that the German government's immigration policy had made life substantially easier for those involved in forced prostitution. In an interview with das Spiegel, she points out that the visa scandal has nothing to do with being more cosmopolitan, but is more about the ivory tower ignorance of the world. This scandal has revealed a naivety bordering on idiocy, clinging to a concept that was badly thought out from the start, in spite of the reality check from diplomatic representation in Eastern Europe.

After clinging so obstinately to this failed policy, are we going to take responsibility for the destruction of human lives that this legislation opened the floodgates to? Or would we rather pull out all the stops to rescue the shreds of hope of achieving a cosmopolitan Europe? As painful as it may be to admit such a mistake – and never mind whether Joschka Fischer will be made to pay like the scapegoat before him, Ludger Volmer - liberal Europe has no choice but to recognise that it was a failed policy, especially in view of the current circumstances. And perhaps with the help of the EU constitutional treaty, we will manage to introduce more coherence into European immigration policy. This is the hour for European civil society to raise its voice.