The Economy: When Will We See a Marriage Between Turkey and the EU?

Integration between Ankara and Brussels is difficult but not impossible, as long as… 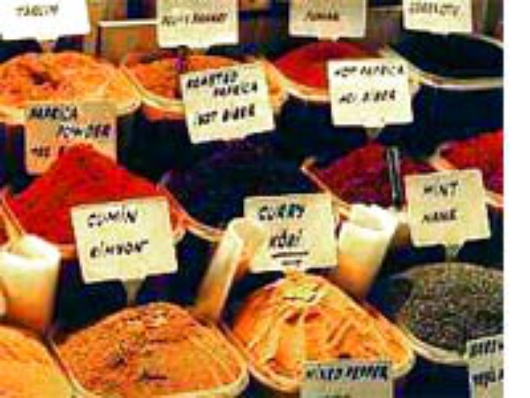 How is the Turkish economy performing? Recently, it has received many positive comments. After the dreadful financial crisis in 2001, the giant of Anatolia experienced steady growth in the following two years (7.8% in 2002 and 5% in 2003) which increased GDP to 7,000 dollars per capita.

In fact, after 2001, the IMF (International Monetary Fund) had granted Turkey big loans to be spent on a 3-year long intervention programme based on the dogmas of privatisation: public expenditure control and a fight against inflation.

If the CAP lands in Turkey

However, there are still many problems left. First of all, in spite of steady growth, 28% of Turks are still poor. Secondly, the agricultural sector remains the main part of the Turkish economy. Of course, its weight on the economy in Turkey has decreased to 20% of GDP in recent years, but 25% of Turkish men and even 60% of Turkish women are still employed in this sector. Regarding the economy in Turkey, we have to take some elements into account such as the possibility that it might become the beneficiary of aid from the CAP, especially if 36% of workers in agriculture are thought to be poor.

Another problem is closely connected to the very same growth which Turkey has experienced. According to the predictions of The Economist, the economy is supposed to weaken due to the reduction of fixed capital formation and the weakness of the overseas sector.

The weakness of Turkey’s exports actually requires the central bank to undertake enormous devaluations of Turkish lira in order to increase its competitiveness in comparison with the EU (which covers 53% of Turkey’s exports). Certainly, these devaluations have brought the current deficit from 5% of GDP in 2000 down to 1% in 2003. However, the problem lies in the prohibitive measures taken in the fight against inflation – mainstay of IMF and the European Commission’s economic policy. It’s sufficient to think that Turkey has had a lot of difficulty in bring down agriculture in its economy from 65% in 1999 to 20% in 2003: a significant result, but it is merely the first step if Turkey plans to bring it down to 2% which is the objective of the ECB (European Central Bank).

And in the bazaars of Istanbul...

Encouraging growth without producing more inflation is therefore a problem that needs to be dealt with in order to strengthen the economy and avoid more crises like those of 1999 and 2001. Growing sectors are those in consumer goods and especially the service industry in which tourism counts for one fifth of total GDP. Regaining the confidence of western tourists after the attack in Istanbul in 2003 is therefore essential, but strategically it is probably more important to promote the images of Turkish entrepreneurs and products abroad. According to the Centre of Turkish Studies in Essen, Germany LINK, Turkish immigrants in Europe contribute to European GDP proportionately as much as Europeans themselves. This gives a considerable indication of the capacity of an intelligent, inventive and shrewd population, with a strong propensity to serve its guests, as any tourist who has been to the bazaars in Istanbul or any cities in Turkey could confirm.

Count on education and convince the IMF

The potentials of Turkish businessmen and workers can stand out through enormous investments in education and a policy of development incentives which also involve women who are still marginalized, at least in companies. This can help to bring the inflation rate down to a one digit figure while re-launching exports and consolidating public finances.

The margin of stock shares for the Turkish government is however very narrow. The IMF controls government programmes and influx depends on its evaluations, or at least its funds. With an annual financial deficit of about 10% of GDP, Turkey’s debts are constantly making it change its lender, ranging from the IMF to domestic and foreign investors. With a balance in which costs of debt services account for 45% of total costs in 2002, Turley’s national debt is now about 90% of GDP, but the costs of interest count for an enormous part in public accounts.

Turkey’s complex situation provides an opportunity for development and rapprochement to the European Union, but probably not in the short term. For a country that is still substantially poor, the financial recovery of public funds, which is essential for improving living conditions, will be realized only when goods ‘Made in Turkey’ are based steadily on already strong private consumption.