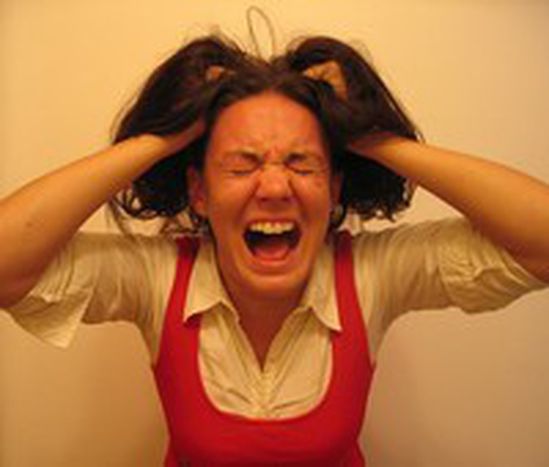 The economy of stress

A whopping three out of four employees in Europe suffer from anxiety. How much is stress costing the Union?

Imagine a 'Stern' report on stress - an appealing idea. French doctor Philippe Rodet, a 'stress specialist', is livening up debate on the economic consequences of anxiety.

According to figures from the International Labour Organisation (ILO), 75% of European employees suffer from stress. 30% of cases where people are unable to work are stress-caused, whilst 85% of executives feel increasingly overwhelmed by the same problem. To find a solution to the problem, to train our organisms and learn more about calming methods, Rodet proposes an original solution: participate in civic life.

Stress is increasingly becoming recognised as a major social problem. What are the costs?

It's difficult to give an exact figure. To understand the global cost of stress, you have to add the professional costs combined with the resulting costs of unexpected events and situations. Above all, these figures are calculated in relation to poor work efficiency and absence, or accidents and illnesses brought on by stress. In France, for example, the cost of stress in the working place is estimated to be around 51 million Euros, according to the executives' trade union.

There are no 'global stress' statistics in France, where 44% of its citizens and 65% of its employees are sufferers. On the other hand, if we take into consideration the figures calculated from the UK, we reach 160 millon Euros annually, that is to say, 10% of the gross national product of the country.

Is our current lifestyle more stressful than that of our parents?

Yes - the 'boom' in anti-stress medication sales during the last fifteen years is proof enough of this phenomenon. Research shows that our bodies can assimilate around seven cases of aggression per week. Today, our bodies suffer around 50 daily aggresions: in the car, in front of the computer…

In general, 'physical stress' is not dangerous when the substances that we release in response to it are absorbed properly in our bodies. In our day to day stress, our bodies produce hormone-like chemicals and substances such as adrenaline and endorphins (which have an effect similar to morphine, namely in alleviating pain). It becomes dangerous when our bodies produce certain hormones in excess and when these in turn aren't absorbed correctly. The differences between released products and consumed products are harmful for our body.

Your association L’Elan Nouveau des Citoyens ('the new impulse of citizens') is passionate about civic participation. How do we fight the consequences of stress?

It's really important to encourage people to participate in the civic life of a community. Studies carried out in Canada show an important interaction between stress and motivation. Motivation brings various neurotransmitters into play. For example dopamine – which regulates feelings of pleasure – and 'GABA', the major inhibitory neurotransmitter in the brain that has a calming effect on the central nervous system. However, these molecules can overcome those feelings of pleasure and well-being and dominate with feelings of fear and inherent unease.