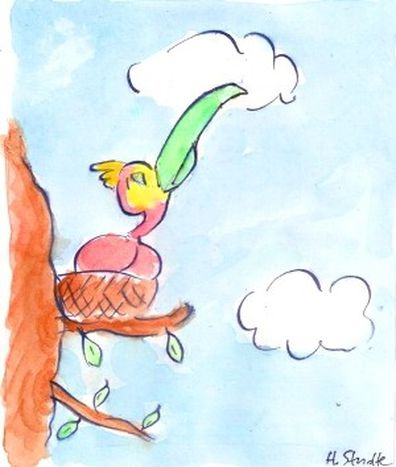 The colour of emotion

Imagine a party. You insult a German by accident, and he turns green and blue with rage.

Thankfully he lashes out at the Frenchman, whose turns red with anger: se fâcher tout rouge.

To help the poor Frenchman, you threatened to beat the German black and blue, at which he turned pale with fear, as the German’s do. It was enough to see that he was a Grünschnabel; a green beak in the art of fighting. The Frenchman was also a novice, except his beak was white – blanc-bec.

Thankfully our green German was still young and sprightly – encore vert – with plenty of time to learn. If he went to Spain he would find he quickly aged into a viejo verde, an old lecher.

It is enough to make anyone colour blind.