"The challenge is to adapt our societies to Islam"

As Turkey’s accession to the EU remains on the cards, Franck Frégosi, a specialist on the place of Islam in Europe gives a response to current questions about the relationship between Islam and European society 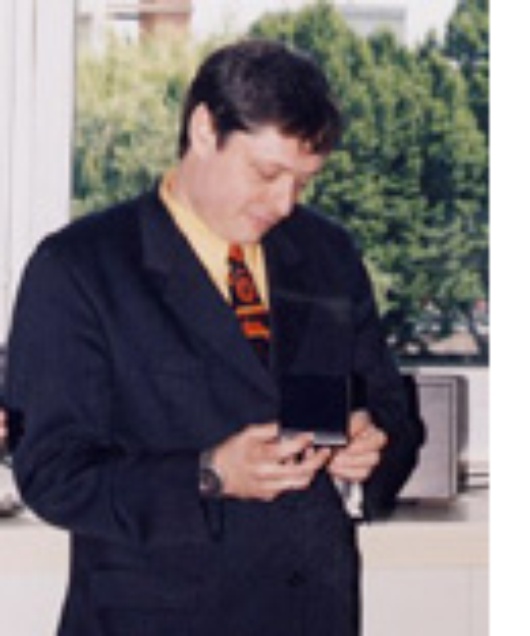 33-year-old Franck Frégosi is a researcher for the European Society, Law and Religion research centre at Strasbourg’s Robert Schuman University. A specialist in contemporary Islam in France and Europe, Frégosi is studying the processes of Islam’s institutionalisation, organisation and handling in a European context. He also is looking at the multiple forms of religious authority and the Islamic authorities in France and analyses for us present relations between Islam and European society.

There is currently vigourous debate in the Netherlands, Germany and France about Muslim integration. Is there truly a European uneasiness about Islam?

There is a general European obsession with Islam. This stems largely from Al Qaeda attacks and the “9/11 effect”. The manifestations of this obsession are different in the various European countries. Each focuses on one particular aspect of Islam: France has been unsettled by the ban on Muslim girls wearing the hijab in secular state schools. The Netherlands was rocked by the murder of film-maker Théo Van Gogh who produced a film criticising Islam and was to make a documentary on Pim Fortuyn who slated imams and their homophobic sermons. In Italy supporters of the xenophobic “Northern League” group sprayed pig urine onto ground set aside for the construction of mosques. These reprehensible incidents represent in my opinion a drift towards an outrageous radical version of Islam. In fact a representation of Muslims in Europe cannot be reduced to just a few cases such as Theo Van Gogh’s assassination.

Can we really talk today of a European Islam?

Demographically speaking, European Islam is a reality. European Muslims have strong roots here because not all of them are first-generation immigrants. Many living in Europe today were actually born within European borders. Yet their identity also stems from the history peculiar to each country. German Muslims are of Turkish origin while French Muslims mostly have roots in North Africa. Many British Muslims hail originally from the Indian subcontinent. These communities define themselves partly by their differing countries of origin. For example, Turkish Muslims living in Germany see themselves as a separate community without substantial ties binding them to French North African Muslims. These European Muslims are demanding and thoughtful Europeans, not second class citizens. Yet there is also for some Muslims an idea of European solidarity. Young French girls suspended from a state school in Alsace for wearing their hijab had no qualms about going to be educated in Belgium. They belonged to the Turkish radical Muslim group Milli Görüs which is actually largely based in Germany. Thanks to such Islamic links, European Muslims cross European borders a great deal and in this sense are ahead of other Europeans.

Islam is none the less still a religious community…

We cannot really talk of a European Muslim community. In reality it is made up of small fiefdoms which all compete to attract members from the Muslim population. In France, for instance, large Muslim federations do not unite a large majority of the faithful despite the existence now of the French Muslim Council. In several French cities there are many different mosques, each with its own small separate community. Spanish Muslim communities have similarly failed to establish enough common ground to draw up a religious education programme. The various authorities are certainly not ‘all singing from the same hymn sheet’. This religion is pluralistic in its practice and theoretical interpretations and should remain so, for there is always a risk of standardisation.

Must these Muslim communities adapt to fit into Europe?

The question, indeed the challenge, is not so much one of adapting Islam to our European society but of adapting our society to Islam. Discriminatory attitudes against the Muslim community increase Muslim frustration and harden the resolve of certain groups who turn to radicalism. The challenge for us is to create a framework in which Muslims may be integrated into our society as fairly as possible. Most European states use public money to fund religious groups yet Islamic groups very rarely actually receives such money. European mentalities and bureaucracies need to change. In Belgium, for example, Muslim groups cannot receive public funds because the authorities do not acknowledge them as representative bodies.

The concept of ‘values’ is a complex one. We need to ask ourselves what ‘values’ this question presumes. Christianity has long defined itself in opposition to Islam. Yet Islam and Islamic culture have deeply affected European history. The famous Islamic architecture in Andalusia remains as a testament to this. At one stage three quarters of the Spanish population were Muslim and parts of the Balkan region still are. This area was at one time part of the Ottoman Empire, the “sick man of Europe” at the beginning of the 20th century. Today we need to look beyond this binary division of history and the systematic opposition of Islamic and Christian Europe. By this more comprehensive yardstick, Turkey’s entry into the European Union is hardly outrageous. Its accession to the EU would simply represent for Muslims a slightly more important place for Turkish Islam within Europe.