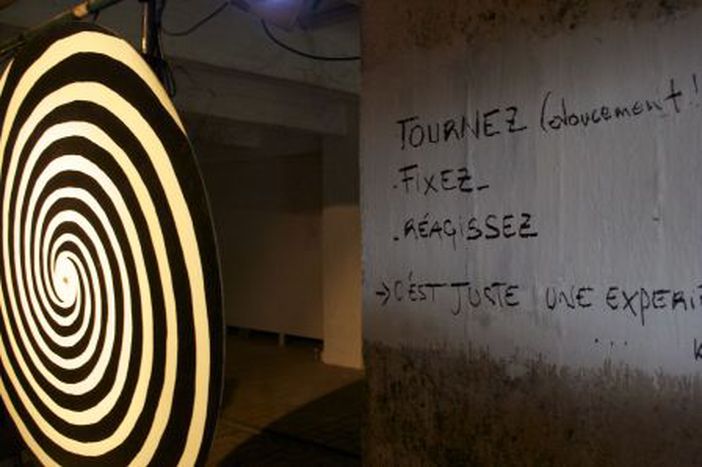 The open minded, art-for-everyone spirit is alive and well in Brussels. This is thanks to a wealth of young, talented artists and collaborative-minded organisers, like the founders of Plastic. Not to mention a generation of obsessive facebookers and social networkers. So what do you do in Brussels when you are a young, gifted and insanely connected?

You exhibit in unusual places and crank up the electronic music. 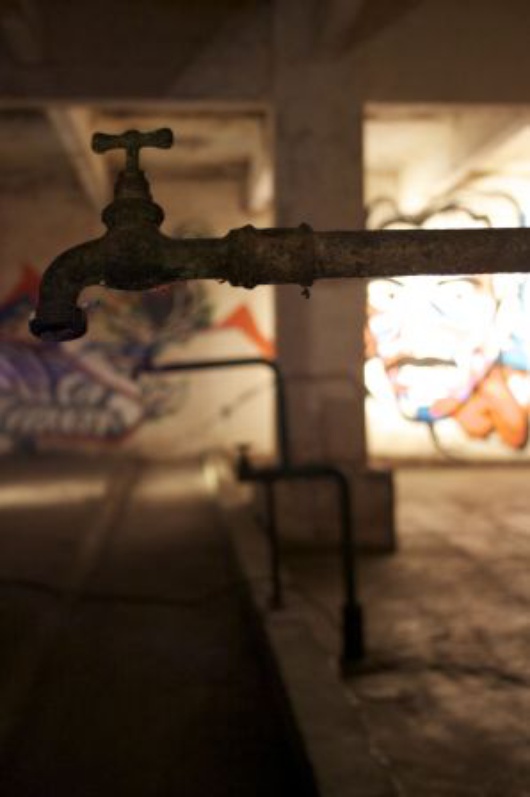 Plastic, a multi-disciplinary event showcasing the “plastic arts” rears its head about six times a year in quirky hotels, old churches and disused breweries. Its organisers have an open submission policy and are as fond of struggling artists as they are of unusual and musty venues. The artist are all in their mid twenties to mid thirties, and using social media helps them to keep up with what's going on on the Brussels art scene. Plastic has over 3,300 friends (and growing) on facebook, a network of Brussels visual and audiovisual artists that reads like a who's who of the up-and-coming.

Exhibits range from retro dress-up sessions to free neon make-overs, molecular cocktails, body painting, open-mics, photography, tattoo parlours, international class dj's, live performances, graffiti..... Plastic is all party atmosphere, mind-bending, participatory exhibits and, lately, huge queues to get in. Aiming to “form links between music and plastic art”, Plastic has been chipping away at Brussels cultural coal-face for the past three years. 45 artists and 33 DJs braved the cold night air in October at the Belle Vue brewery in Molenbeek. Paris-born Katia Ben was there with her optical-illusion installation “LOVE OPART”. “It is really a musical event with a chance to see lots of different kinds of plastic art. graffiti, dance, video.... all in one place, plus lots of people who want to make a big party.” says Katia. She is quick to tell everyone that her exhibit has no great profound meaning, but rather it's just for fun. “It's just a visual experience. The geometric spirals create an optical illusion. Then the object looks like its moving but it's not. It's only an experience. I like it because the spectators actively participate. There is a reaction. I like to have fun with the spectators.” 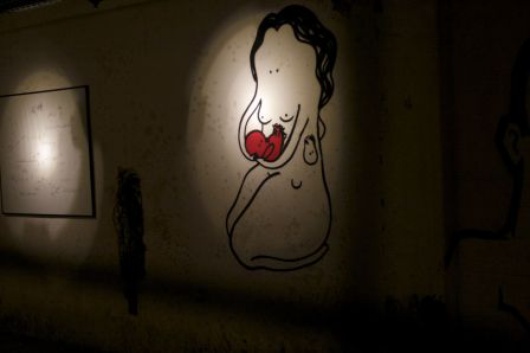 Among the artists spurning airy galleries with piped Vivaldi and chardonnay were collective Exi(s)t, a group effort that features performance, light and sound. It was one of the event's biggest attractions. Musical creator of Exi(s)t, Vincent Halin says that Plastic gives “the chance to discover new things, to be in unusual places and to show something unusual.” As for the performance Vincent explains: “We want to show people the link between existence and an “exit”. It's more than just a play on words”. Vincent says that finding an exit out of existence, not in the form of death but artistic expression is our job, to come from the shadow and into the light. “The dancer, her story is about why she exists and how to exist”. The dancer in question, Sophie Halin, steps off the stage as the music is winding down, onto the cold concrete ground and stands among the spectators. Says Vincent: “She finally finds the exit.” The whole performance was watched by somewhat shivery spectators, sitting on foam cushions strewn around the floor. Very different to Katia's optical illusions. “I think at an event like Plastic,” says Katia, “each artist has their place”. 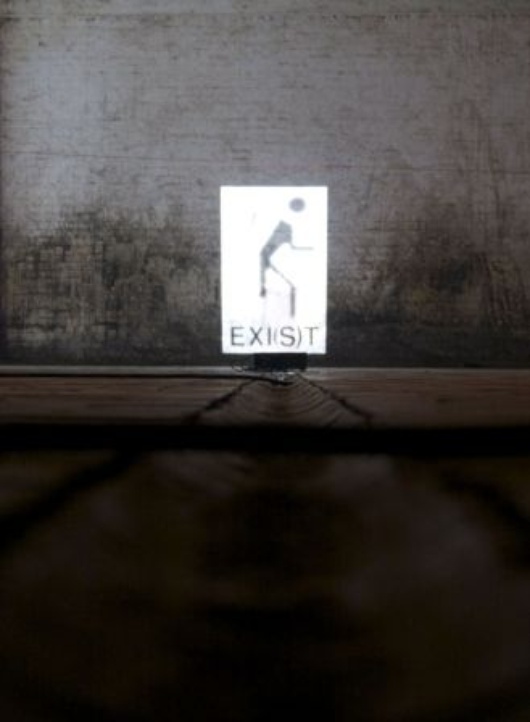 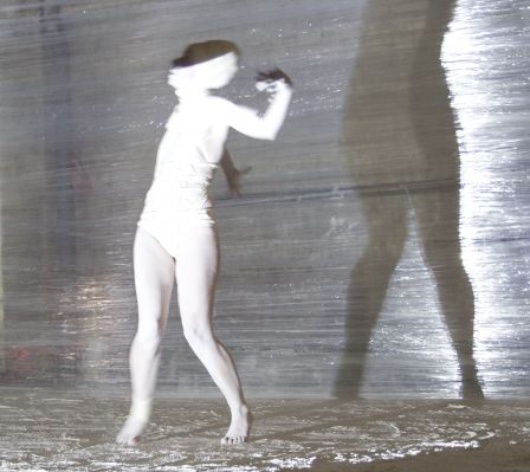 The organisers receive lots of proposals "but", says Katia “they select without the critical eye of a gallery”. Of course, the artists who show up at Plastic exhibit in conventional spaces, too. But she says an event like this is not for everyone. “There are a lot of artists who like to stay in their galleries and museums. The ones who come here tonight don't think a gallery is necessary. The artists don't gain commercially. It's a chance to do something more fun. Spectators come to enjoy art without going to a closed, “snob” place.”