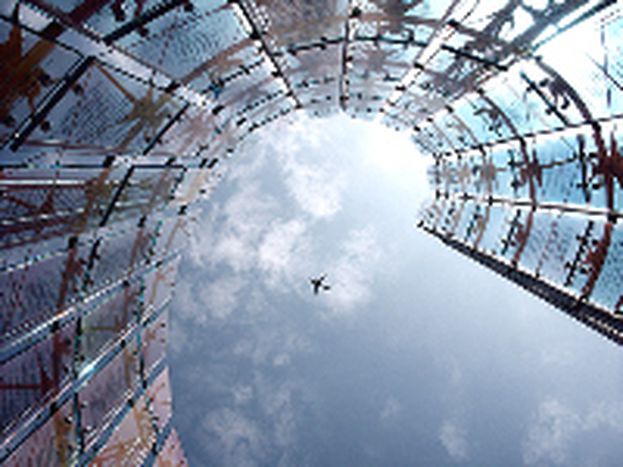 The war against terrorism is causing some unlikely casualties. Might freedom of the press be one of them?

Shortly after 911, President George W. Bush announced a new enemy in our midst. “This new enemy seeks to destroy our freedom and impose its views.” It was a faceless enemy who can be found anywhere. Fighting this enemy would not be easy, neither for the government, nor for the press. An International Federation of Journalists report (IFJ), noted that “fighting a war with no set piece military confrontation, no hard-and-fast objective, no clearly defined boundaries, and no obvious point of conclusion, inevitably leads to restrictions on civil liberties and principles that constitute the moral backbone of democratic society.” Could it be that fighting an enemy that “seeks to destroy our freedom,” leads to the destruction of the very freedom we wish to protect?

To fight against an enemy who has no territory requires a new form of warfare. It means, our leaders say, greater surveillance of individuals, it means being able to detain people indefinitely, and it means restricting our freedom of speech. For instance, the Terrorism Act 2006 came into force in England in May. It prevented the “glorification of terrorism.” Critics of this legislation point out that this could have seen people being arrested in the 1980’s for supporting the African National Congress, then classed as a terrorist organisation, in their fight against apartheid in South Africa.

These policies are not just restricted to England. In June 2005, the German journalist Bruno Schirra had a writ issued against him, accusing him of betraying state secrets. He was charged over an article that he had written for the political magazine Cicero titled "The Most Dangerous Man in the World." The article provided an analysis of the Iraq-based Jordanian insurgent Abu Mussab Al Zarqawi and quoted extensively from a classified report by the German Criminal Investigation Authority. Five months after the article was published, police raided the magazine's offices, violating the right to confidentiality enshrined in articles 10 and 19 of the German Constitution. Civil liberty groups and journalists were in uproar.

The prosecution of Schirra based its case on a loophole in the German law. According to the German federation of Journalists, raids on press offices and journalist’s residences are becoming an increasingly normal part of regular criminal investigations, through the use of section 353 of the Criminal Code: abetting or inciting the disclosure of state secrets that should be kept secret from external forces. The Schirra case raises serious questions of the freedom of press in Germany. This is especially the case as it builds on a worrying set of precedents. In March 2003, Germany’s Constitutional Court authorised the police to trace journalists’ telephone calls in "serious" cases.

Germany is not the only country changing its legislation in ways that are alarming journalists. In 2005 there was an in increase in the formal questioning of journalists, searches of media premises and seizures of documents in Belgium, Denmark, France and Italy. In May 2006, the Dutch Interior Minister, Johan Remkes, followed the lead of the German Constitutional Court’s 2003 ruling, and told the Dutch Parliament that the national intelligence service can eavesdrop on journalists. The International Federation of Journalists responded to this by claiming: “Putting telephone calls, e-mails, faxes and internet usage under official surveillance undermines data protection as well as the capacity of journalists to store information and monitor the apparatus of state.”

In June 2006 the British government announced its intention to strengthen its official secrecy laws so that whistleblowers could no longer reveal information about government policy. Under this new legislation, officials with access to sensitive information would no longer be able to claim they act in the public interest by exposing wrongdoing or unlawful acts by the government. Only one month earlier, in May 2006, the Danish government arrested Michael Bjerre and Jesper Larsen. The two journalists, who work for Danish daily, Berlingske Tidende, face two years in prison because they reported in 2004 that before joining the Iraq invasion, the Danish government was told by military intelligence there was no firm evidence of banned weapons in Iraq. They are charged with "publishing information illegally obtained by a third party" under the Criminal Code.

As journalists find themselves more and more watched, and their sources more and more curtailed, their access to information is getting more difficult as well. Statewatch reports that the Council of the European Union has been denying researchers access to documents because their disclosure “would seriously hamper the Council's decision-making" on an issue concerning "strategic options for the coordinated European Union campaign against terrorism." But as the full text of the document, acquired by Statewatch, shows the proposals withheld from the journalists concern the rights and protections of refugees. It remains ambiguous whether all the documents withheld from public view really justify being there.

What is equally worrying, though harder to pin point, is the level of self-censorship journalists impose on themselves, prompted by the new anti-terrorism laws. CNN's war correspondent, Christiane Amanpour, alleged that her organisation censored itself during the Iraq war due to "a climate of fear and self-censorship”.

In the difficult conditions that journalists are facing around Europe, it remains a possibility that freedom will be a casualty of the

battle to preserve it.