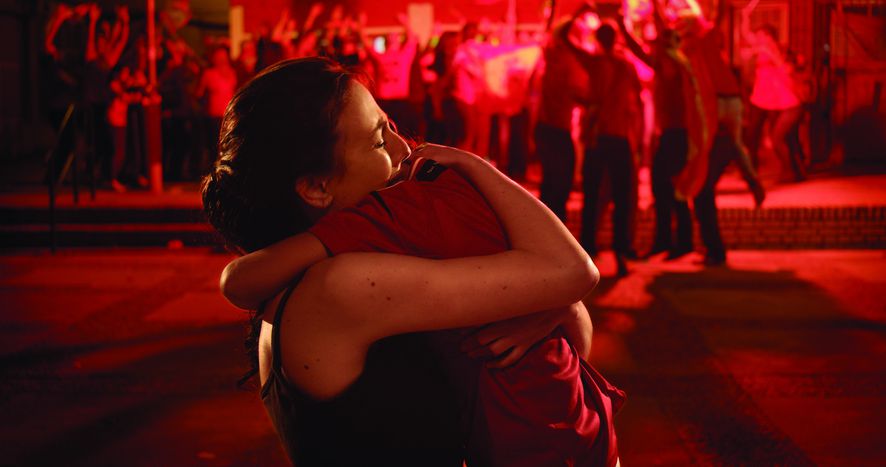 Winner of two prizes in the latest Festival de Málaga, one from the public for Best Film and the Silver Biznaga to Best Actress Natalia de Molina, and three nominations to the Goya Awards, Techo y comida reveals Spain's crisis through a devastating testimonial document.

Debutant Juan Miguel del Castillo surprised and moved everyone at the last Malaga Film Festival with Techo y comida, a piece that shows the harsh reality with which we have been bombarded in the news in recent years: Evictions. Based on this scenario that, unfortunately, we live with every day, the merit of this so-called "social" film is to not fall into mere documentary reportage and to manage to put it in the fiction category. Del Castillo achieved that difficult balance in his debut and leaves the viewer on the edge of asphyxiation.

Actress Natalia de Molina (Amar es fácil con los ojos cerrados) is, undoubtedly, the one who carries the weight of this drama in which she plays Rocío, a young single mother whose life has beaten her down from too early an age. With a son in tow, a run-down apartment, uneducated, unemployed and in debt, Rocío is presented as a character stuck in a circle of apathy, hopelessness and despair after having gone through the resources of an alleged welfare system that shows symptoms of scarcity and exhaustion.

In this sense, the director makes no concessions to the viewer, as miseries and misfortunes beset the protagonist from start to finish – a choking sensation that grows with the camera that becomes her shadow. However, suffering Rocío, distressed, full of fears and insecurities, whose face and soul are given by a proverbial Natalia de Molina, is nothing but the representation of all those anonymous Rocíos on the verge of poverty or victims of the devastating consequences of this crisis. Beside her, a few minor characters, among which a wonderful Mariana Cordero stands out, the "guardian angel" neighbor that provides some relief to an already very pessimistic story.

Juan Miguel del Castillo does not judge his character and does without with design frills, to show a story so close to home and told so naturally that it’s scary with its overwhelming honesty. Of course, Techo y comida puts the finger on it and manages to bring out the true colors of the “respectable.” However, the ones who should blush are all those institutions that have decided to look away in the face of a painful and all too common reality. And although Techo y comida reaches the theaters at an opportune pre-electoral moment, the pity is that it will be a product circumscribed to the festival circuit and that will have reduced audiences.