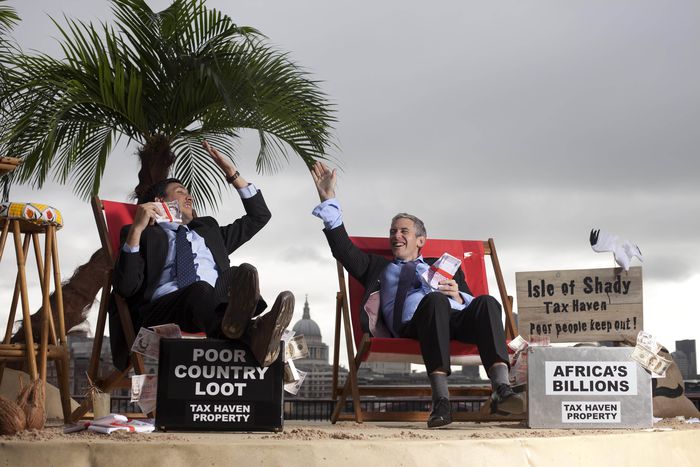 Interview with Delphine Reuter, investigative journalist and researcher for the International Consortium of Investigative Journalists (ICIJ) on the LuxLeaks scandal. 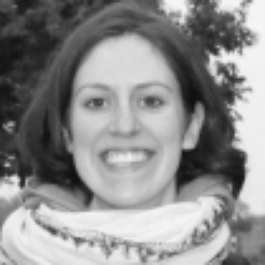 On November 6th, 2014, the ICIJ journalists' network revealed its investigation into leaked documents from professional services firm PricewaterhouseCoopers. Their analysis shows that over 340 multinational companies use schemes to avoid paying taxes – schemes made possible by Luxembourg's particularly favourable tax laws. How did the ICIJ work together on this? How do Luxembourg's tax schemes work? What are the stakes of this kind of investigation? To find out, cafébabel interviewed Delphine Reuter, an investigative journalist and researcher.

cafébabel: How did the group investigating PwC initially form? Where did it go from there?

Delphine Reuter: LuxLeaks explains how multinational companies managed to cut their tax bills with the help of not only the Luxembourg office of auditing and consultancy firm PricewaterhouseCoopers but also the Grand Duchy's own tax authorities. In total, Luxleaks made public no less than 550 agreements prepared by PwC employees. Those agreements involve over 340 multinational companies and date from between 2002 and 2010. Each document outlines a specific tax scheme for a company that is a PwC client, and includes either a signature of a Luxembourg tax office employee or a confirmation letter written by them. Some of the documents had already been exposed to the public eye, thanks to France 2's Cash Investigation programme and the BBC. But the majority of the documents contained information that had not yet been subject to investigation.

The journalists who worked on the LuxLeaks project collaborated through the International Consortium of Investigative Journalists (ICIJ), based in Washington, D.C. The consortium, which was founded in 1997, aims to help support investigative reporting around the world by bringing together journalists working for a broad range of media outlets, in different language and formats. The ICIJ connects over 180 journalists spread over 65 countries, and a team of those journalists works on each of the consortium's projects. The LuxLeaks project involved around 80 journalists based in 26 countries, who split the work by each analysing documents relating to their home nation. The Guardian, Le Monde, CNBC, CBC and Le Soir were among those who worked together for months in complete secrecy, before simultaneously publishing the findings of their respective investigations. They were working in different time zones and in different countries, and frequently helped one another so as to move their shared project forwards. 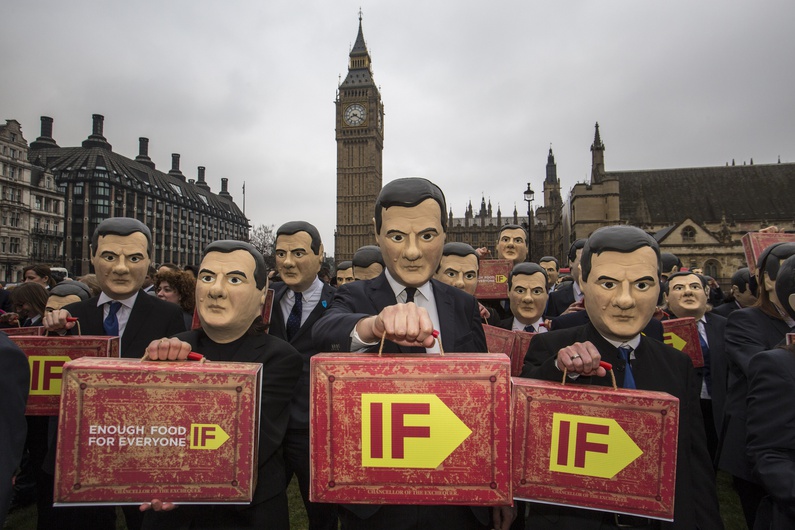 The idea was to release as many documents as possible in an organised way, on the same day and in several countries. As a result, it was important that all the journalists involved understood how to analyse the 28,000 or so pages of the documents they had access to – or, at the least, the pages that related to the multinational companies known in their respective countries. The journalists communicated through either a shared web platform or simply by email, and they were all able to access the documents online through a secure system.

cafébabel: What were the main findings?

Delphine Reuter: The fact that so many documents were analysed at the same time revealed that hundreds of billions of euros are being channelled through Luxembourg so that multinational companies can save billions on their tax bills. Some of the companies had even managed to pay tax rates of less than 1% on profits routed through Luxembourg. To pay such ridiculously low rates, all they had to do was pay for the expertise of law firms or, as is the case here, consultancies, who then analyse how the entire company works and identify tax schemes which ultimately reduce tax bills by as much as possible. The lack of tax agreements between the countries involved – notably those in the EU – enables these companies to avoid paying taxes in several countries at once. The PwC consultancy's involvement, as revealed by LuxLeaks, is legal in the eyes of Luxembourg's law. What is being questioned, however, is the systematic practice of pitting different tax regimes against each other in order to help optimise the taxes paid by a company. And that's where the European Commission comes into it. Through the Directorate-General for Competition, it is the Commission's job to ensure that these tax dealings do not breach European legislation, and their lawfulness or unlawfulness will only be determined following the Commission's own investigations.

Either way, the LuxLeaks project has already proved that the companies involved – often big multinational companies – had negotiated tax agreements with Luxembourg's authorities in order to reduce their tax bills by as much as possible, therefore paying a minimum amount of tax. Those secret agreements set out complex financial structures in which several companies are set up in different countries in order for the multinational company to only pay negligible taxes wherever it does taxable business. In that sense, the agreements are a bit like insurance policies taken out by the multinationals so that they ultimately pay very little tax not only in Luxembourg but in all the countries where they have set up subsidiaries through which they channel capital. Some of the companies involved in these tax agreements are involved in economic or financial activities in Luxembourg. However, the vast majority only have a subsidiary based there – often a "société à responsabilité limitée" (SARL), which is roughly equivalent to a private limited company.

The subsidiary is set up at minimal costs, and is then used to manage certain financial decisions taken by the parent company. For example, the subsidiary's capital can be increased so as to channel hundreds of millions of euros through Luxembourg on paper, without that money ever being visible or there even necessarily being any economic activity in return for it. All it needs is a law firm or trustee to take care of a company's day-to-day administration, with no need to worry about generating real economic value. One of the appointed administrators for the Luxembourg-based subsidiary then simply needs to provide details of the increased capital and administrative adjustments on paper for those changes to be made official with the signature of a notaire, after which they are published in Memorial C of Luxembourg's official gazette. The idea of LuxLeaks is that reading the agreements prepared by PricewaterhouseCoopers enables us to better understand how these multinational companies use their Luxembourg-based subsidiaries to reduce their tax bills, sometimes by several percentage points.

cafébabel: What was your work, specifically?

Delphine Reuter: In early June, I met Marina Walker from the ICIJ and some of the reporters who had been involved in the LuxLeaks project. They were spread out over countries across the world. I was part of a team working on the database through which our research was then made available to the public, via the ICIJ's website.

In fact, the ICIJ is often working on several projects at once. For each of those, a team of journalists who are interested in the project is formed, and all agree a specific time and date for the eventual publication. As a result, the impact is even bigger, because the media create an interest in a particular subject on one particular day. Throughout the project, the journalists and their editors-in-chief – who also need to be let in on the secrets – agree not to divulge any information linked to the project to other people. That allows them to make fairly rapid progress on investigations which are often complex and require a considerable amount of research and expertise – in this case, financial expertise. 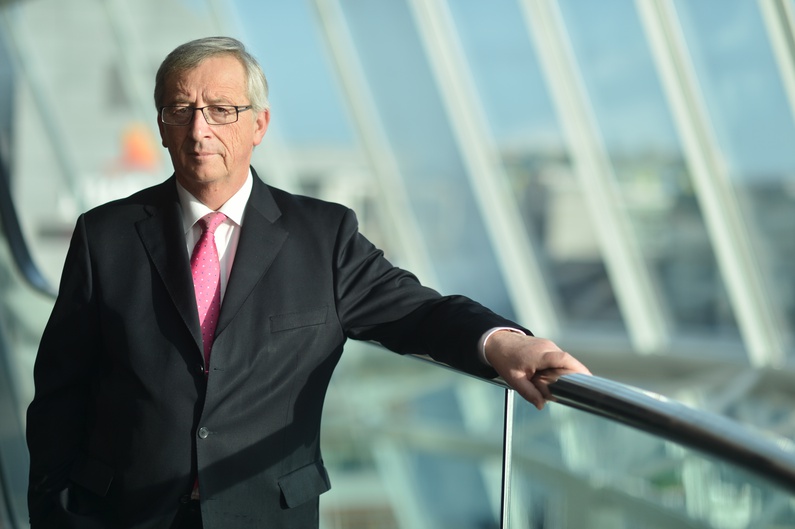 On the one hand, there were the journalists working on their articles or reports for their particular media outlets. On the other hand, the team of researchers who I joined were going through the rulings with a fine-tooth comb in order to work out the links between them. Thanks to using software such as Google Sheets, we were able to work on the same documents and leave comments which could then be viewed by all those with access to them. The first thing we had to do was plan out a process of research, checking and vetting, while at the same time getting together every so often – either on Skype or Google Hangouts – to share our findings or answer any urgent questions. When necessary, we all helped out so that quicker progress could be made on certain aspects of the data. So I didn't work with the journalists, unless they contacted me directly to tell me about their project.

cafébabel: What do you think about the consequences of the report's publication and media coverage? What is your opinion of the reactions from European governments, the European Commission and, more specifically, from Jean-Claude Juncker? Is his credibility within the Commission on the line?

Delphine Reuter: The agreements and tax rulings that the ICIJ and its journalists analysed cover the period between 2002 and 2010 – in other words, the period when Jean-Claude Juncker was the Prime Minister of Luxembourg. In a country of that size, it's impossible for the Prime Minister not to be aware of these sorts of thing going on. The important thing is to draw a clear distinction between the fact that these practices were legal – which they were, since the documents ultimately legalised a tax agreement between a multinational and a government authority – and the ethical dimension of those practices. Is this fair? Can we continue to allow countries to compete in such a way, especially if they are part of a common market?

The fact remains that the international impact of the investigation, particularly in the European Union, has surpassed the ICIJ's own expectations. It shows that even a subject like corporate tax, which is hardly appealing at first glance, can get the attention it deserves if readers, viewers or listeners are able to understand why tax optimisation practices concern them and can affect their daily lives. A single inquiry into one multinational company would never have been able to trigger the debate that we are now having about these tax schemes. Thanks to the collaborative work of these journalists and researchers, this investigation has had a much wider impact, and its success is above all that of a team who managed to explain the workings of a highly complex machine.