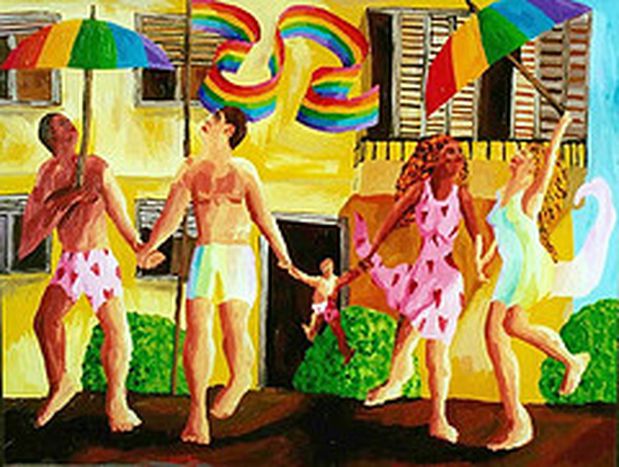 The innovative law ensuring the rights of Catalonia's LGBTI citizens was passed in October 2014. Cafébabel continues its analysis on how the law will be implemented and impact the LGBTI community.

Katy Pallàs, President of the association Familias Lesbianas y Gais (Lesbian and Gay Families, FamiliasLG), and an educator herself, believes that education is the most difficult thing to change while there "still exists a lot of ignorance and fear. Education initiatives within the school system are proving very difficult," Katy notes. "Education has a fundamental role in preventing discrimination and it's very important to include positive models in the classroom, such as textbooks that don't always refer to a hetero-parental family, so that children can start to perceive [different families] more naturally." 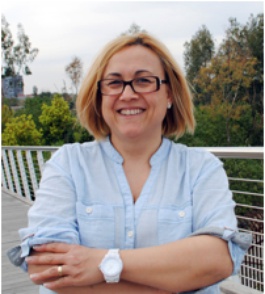 "We can't wait until they get to high school to act, and begin to think negatively about themselves because of their sexual orientation or gender expression. This must be prevented long before, and we insist that it must begin in pre-school and elementary school." The normative model is so imperative that "even our children, having the family that they do, come back from school saying that two women can't get married," Katy relates with humour. "It's logical because it's what they see." An anecdote that, without a doubt, makes you think.

Reversing the Burden of Proof

One crucial aspect of the law is training, specifically to professionals who may face discrimination due to their sexual orientation, identity, and gender expression. Not only that, the law has an article on the Responsibility to Intervene stating that "all the employees of the Generalitat [Catalonian government] faced with a complaint from any person should intervene," explains Eugeni Rodríguez, speaker for the Frente de Liberación Gay de Cataluña, the Front for the Gay Liberation of Catalonia (FAGC) and president of the Observatorio contra la homofobia, the Observatory against Homophobia (OCH). The law outlines the infractions and their corresponding fines. These fines set the law apart from the typical Spanish law, which relies on the good will of the offender to pay his penalty. Additionally, the accused will have to prove that their actions weren't intended as an attack or discrimination, instead of the usual burden of proof being placed on the victim.

The law contains a specific paragraph that regulates the rights of transgender and intersex people to compensate for the lack of rights that they have suffered historically.

Eugeni Rodríguez explains that Andalusia was a pioneer with a comprehensive law concerning transsexuality, and at the state level, there already exists a law on gender identity. However, the Catalan law permits individuals to benefit from this "without gender dysphoria or any medical treatment." The aim is for trans-identity to become "normalised within others' social perception."

In educational institutions, "transgender and intersex people are to be treated and named with their preferred gender pronoun, even if they are minors" and the "respect of confidentiality of data relating to gender identity."

Before the law, Eugeni Rodríguez points out, "the major problem facing transsexual people was that in the majority of cases, they didn't have access to the job market, so this law tries to enact measures that make it easier for them to participate."

From Law to Action

Now that the law has been approved, the process enters a second phase: making the law a reality. "Now we will see how the process unfolds, and if the entire legislation is put into place. We need to be on the lookout," warns Katy Pallàs.

"The law covers is quite complete and encompasses many issues, so it will take time to implement in its entirety," Eugeni explains. One of the first steps is to establish a decree with the Régimen de Infracciones y Sanciones (Regime of Infractions and Sanctions). Second, it is critical to establish the Organismo Coordinador de políticas LGTBI (Organization Coordinator of LGBTI politics) within the Administration of the Generalitat. This will create the Oficina de Atención Integral (Office of Comprehensive Attention) for victims of crimes and/or homophobia, which Eugeni emphasises as "one of the most important things." Two years after the law has taken effect, its social impact needs to be evaluated and published.

Katy Pallàs says that the tools to train employees haven't been developed and in eight months, the Ministry of Education will have to explain, at least, how they plan to proceed. "We have a lot to say and a lot to do," Katy summarizes, happy about the victory of the approval of this law but knowing that this is only the first phase.

"There has been a very good reception of this law and this has generated a lot of excitement in the rest of Spain. There's a clear willingness to spread this law to the rest of the country," comments Eugeni. "The community of Madrid, Extremadura, Andalucía, Euskadi and Navarra have already asked us for the text to make similar laws within their regions due to the clear difficulty of doing so on a countrywide level."

"We are meeting with politicans to demand that the law's implementation isn't slowed down any more," says Katy Pallàs. "The day after the law was approved, we received a homophobia complaint and we receive cases practically every week. People know this law exists and they expect results."

"Our society isn't only ready, it is demanding this," concludes Jesús Generelo.

This is the second article in our series on this pioneering law against homophobia. Click here for the first article.