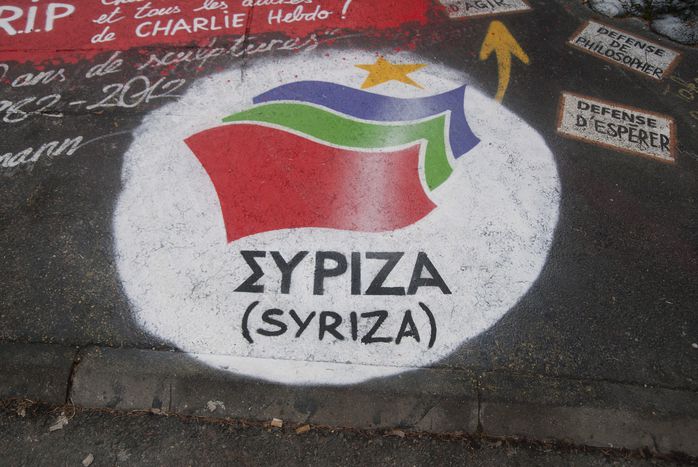 [Opinion] The left party won the general election in Greece. How did Syriza win and what can it mean for the European Union?

Over the last five years, Greece for European Union (EU) was often a synonym of a massive headache. The victory of the left party Syriza last Sunday (25 January) will for sure provide some troubles for some in the next days or weeks. After the official appointment of Alexis Tsipras as new prime minister for Greece, we should peel the onion of what is Greek politics. And yes, sometimes it is so confusing we want to cry our frustration.

Since 2010, the country has been under an intense scrutiny. Greece was a mess and it was a sneaky one. More or less eighteen months after the beginning of the financial crisis, Greece’s implosion revealed to everyone how private debt can be a problem. Every government, including Greece in 2008-09, bought in emergency debts from the private sector (banks, insurances companies, pension funds etc.) to avoid a massive cataclysm for the world economy (which happened anyway). But buying debt is not erasing it, and for Greece, public debt was so high and volatile that it quickly became problematic.

May we have a time machine, please?

To fully understand the Greek crisis, we should go back to the years 2000-02. The EU was finalising the creation of the euro (a common currency shared by EU countries willing to do so). At that time, Greece, which had one of the weakest economies in the European club (it was before the Eastern European enlargement in 2004), was not meant to join the euro. Its economy was considered too fragile to enter the euro area.

But, with help from US banks like Goldman Sachs Greek leaders cheated, falsified their statistics and joined in extremis the euro.

In 2002, Greece adopted the euro like France, Germany, Belgium and Spain. More stable economies were supporting the euro's credibility and Greece's ability to borrow money from financial markets went up. For instance, Italy and Greece, even if their financial assets were totally different, borrowed at the same rate with low interest rates. Clearly, Greek economies had been overestimated and overvalued. It is not an insult to the Greek people, they were just not ready yet.

Then the 2008 financial crises (caused mainly by Athens’ former borrowers and ‘partners in crime’), happened. Since ‘making money’ was no longer easy financial markets (mainly banks, financial investors, pension funds) became greedy on Greece, and sold all their auctions they had in their pockets.

Long term interests of Greece exploded and spread to other overvalued euro economies like Spain, Ireland, Portugal and even Italy. A task force with experts from the European Commission, the European Central Bank and the International Monetary Fund, the Troika was set up to ‘help’ Greece to reform itself in exchange of bail-out plans to inject fresh money into its economy or to ease the burden debt.

Four and a half years after the Troika arrival in Athens, the Greek situation hadn’t changed a bit. Troika poor management and a crucial lack of political accountability encapsulated all the weaknesses of the EU. Stuck governance, poor communication skills and the incapacity for the EU to make a decision revealed to everyone the ersatz of solidarity between countries that share a common currency. The cure was worse than the original sickness.

Unemployment, poverty, as well as the debts exploded through the roof. Nowadays, 25% of the Greeks are facing joblessness (officially), pensions and salaries have been cut, almost half of the population is thinking twice before going to see the doctor, basic electricity and water needs are inaccessible to the poorest and the national debt has doubled in 6 years, reaching 180% of the GDP by the end 2014.

Former socialist member of the European Parliament, Liem Hoang Ngoc said, after a parliamentary investigation, that Troika’s decisions lacked a transparency and political accountability. Consequently of the abruptness on Greece, on top of that, the country is facing several social and political crises.

Since 2010, students and unions are often on the street, several national protests were organised on the public television and radio broadcasts were shut down almost overnight. Symbolically, during winter 2012, trees from the park where Plato and Socrates used to walk, according to History textbooks, were used by neighbours to heat their homes.

Consolation prize, in 2014, Greek public budget was balanced, but at what cost? Let’s face it, Troika’s guidance and latest Greeks governments did not improve the situation. The think-tank Macropolis estimates over the last four years only € 11 billion of the Troika financed Greek’s economy, while reimbursing investors reached more than 40 billion.

Greeks are angry and they are now seeking better life conditions. Austerity went too far and was too harsh. Syriza, a radical-left party emerged as the main opposition party at the end of 2011. In 2012, it arrived second at the general elections and forced the two parties of the establishment, the Pasok (centre-left) and New Democracy (conservatives, centre-right) to form a coalition. This coalition did not succeeded in calming down the political climate (massive corruption, tax evasion and aristocratic manners of the elite clearly were not helping).

Syriza, which in 2012 was not considering leaving the eurozone as a taboo, has watered down its asperities. They refocused their program on improving daily lives conditions, better access to health and public services as well as correcting some enormities of the Greek economics. Still today, Ship-owners or the Orthodox Church are still out of the fiscal system, income tax is still unfair and favours a certain establishment and the defence budget is overwhelmingly important compared to other EU countries (Gossips said French and German military industry still have contracts with the Greek government).

To say Syriza wants to go back to the ‘business as usual’ as before the crisis is misleading and incorrect. Syriza in its program seems to only seek a balance and wants overall renegotiating public debt which is clearly unsustainable for the country to carry.

Right now Syriza's fight against the austerity looks like the myth of David facing the Goliath. Greece represents not even 4% of the vote in the Council of the European Union, the legislative body composed by Member States. In the Parliament, the (radical) left group (GUE/NGL) even allied with the Greens and the social and democrats (centre-left) are powerful enough to create a left majority. The just elected European Commission tough its austerity willingness watered down over the last months, still does not acknowledge yet the U-turn of economic policies advocating by the left. For instance, the vice-president in charge of the Euro and social dialogue, Valdis Dombrovskis, was the prime minister of Latvia and implemented austerity measures even worse than Greece. Even if Latvia is doing better, three years after this drastic magic potion, unemployment stays higher than 10 % and the country's population is decreasing at quite an impressive rate.

Nevertheless, there is hope for a fairer and more social-friendly EU. This year, Portugal, Spain and maybe the UK are likely (according to polls) to elect left governments which can create a snowball effect and overloaded the liberal and conservative majority between member States. Ultimately, a left majority in the EU would agree on easing-off the debt problem in Greece, since now over 70% of it is owned by public institutions.

For that, Syriza will have to be subtle and convincing. But was choosing ANEP, an almost nationalist right party, as a coalition partner the best move? Yes, we understood the need to team up to be stronger against austerity, but it will be challenging to find common grounds for immigration, public services accessible to everyone and social justice.