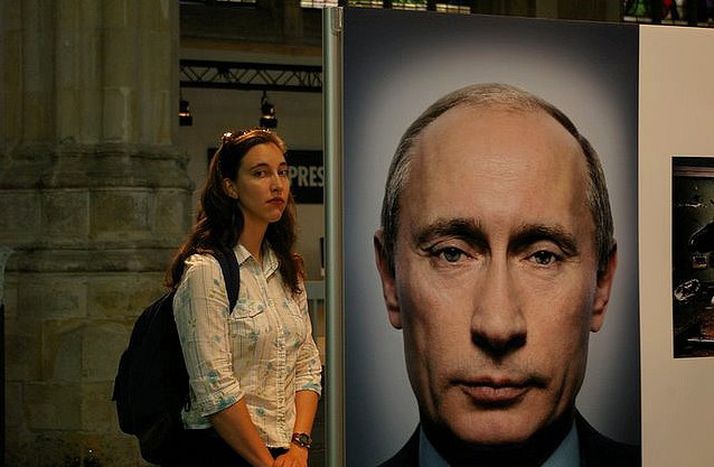 The Russian prime minister Vladimir Putin announced his candidacy for the presidential elections in March. The current Kremlin chief Dmitry Medvedev would take his job in parliamentary elections on 4 December... get it? This swap would cement Russia's reputation as an authoritarian state and bring the country to a political standstill, cry the EU media

The planned exchange of offices between (current prime minister) Vladimir Putin and (current president) Dmitry Medvedev discredits Russia's political system, the liberal-conservative Swiss daily writes: ‘The height of audacity was reached with the statements by the two protagonists at the party congress of United Russia that the exchange will be for the good of the country. These statements expose Medvedev in particular as a liar, who had cast himself as a liberal and had repeated like a mantra the need for modernisation, political participation and active pluralism among the population. The announced job swap puts Medvedev in the role of henchman and makes the policies he advocated look like empty words. In this context, the form of government so praised by Putin and Medvedev as serving stability is degenerating into an end in itself, whose only purpose is to enable the two to cling on to power’ (Daniel Wechlin)

Prime Minister Vladimir Putin and president Dmitry Medvedev's swapping of roles in the next elections could bring Russia to a political standstill, fears the left-leaning Spanish daily: ‘As we can already predict the final results of the upcoming elections with complete certainty (parliamentary elections in December and presidential elections in March) we also know that Russia will continue under corrupt arbitrary rule. What we don't know is whether this great nation can survive another period of stagnation like under soviet rule (when Putin first appeared on the political stage using the weapons of the secret service) or whether it will end up just as exhausted and hopeless as when the USSR came to an end’ (Carlos Enrique Bayo)

Russia cannot remain a command state forever, writes the German left-liberal daily with a view to the planned return of Vladimir Putin as president: ‘The biggest country in the world is being ruled according to a rigid command structure. United Russia is not a party that develops ideas. The parliament is not a place where debates take place. That may be partly explained by the collapse of the soviet empire and the tumultuous, anarchistic Yeltsin years. But it is no longer of any help. The population is weary of all the rhetoric from Moscow about a blossoming Russia, of which it sees little evidence. Since Putin now lets his citizens travel to Antalya, London and Garmisch-Partenkirchen (in Bavaria, Germany), it has become far more difficult for Russia to impose a system situated somewhere between Switzerland and North Korea. A critical mass has not yet developed, but Putin must understand that more and more Russians long to enjoy freedom in their own country as well’ (Frank Nienhuysen)

Russian prime minister Vladimir Putin's renewed bid for the presidential office highlights in the eyes of the Czech liberal daily the fact that Russia is a guided democracy: ‘Power in Russian is in the hands of a small group of chosen people who decide everything among themselves. Elections there are a mere formality. This is what is meant by the term 'guided democracy'. Russia is therefore wasting yet another opportunity to improve the poor state of the country. Under the leadership of this ruling elite it can neither become more economically competitive nor can the state and its administration be modernised. However there won't be any crises either as long as it can continue to sell its oil and gas at high prices all over the world. Meanwhile the elite can wallow happily in the nation's riches. The voters are presented with little gifts every now and then so they continue to simply sit back and watch the soap opera that is passed off as democracy in Russia’ (Vladimír Votápek)