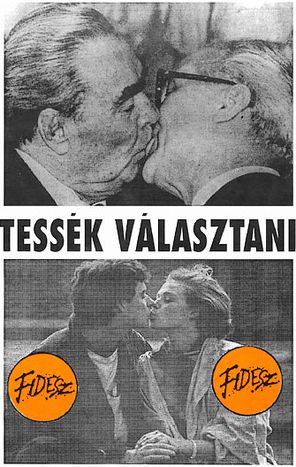 The right-wing conservative alliance of young democrats or 'Fidesz' scooped Hungary's parliamentary elections on 11 April (52.7%). The socialists in power scored a measly 19.3%. Right-wing extremist Jobbik party entered parliament for the first time (16.7%). The Hungarian, Slovakian, Austrian and Italian media on whether the victory is the start of a new era or a rude awakening

Following the victory of the right-wing conservative alliance of young democrats (Fidesz), the leadership of Viktor Orbán could head Hungary in a new direction, writes the conservative daily, which has close ties to Fidesz: 'This was a historical election, Hungary! In terms of impact this election is certainly comparable to a 'change of system' like that in 1989. Never before has a party or alliance achieved such results in general, free elections. The two-thirds parliamentary majority is within easy reach for Viktor Orbán and Fidesz. This means that the young democrats will be able to govern without the obligations of a coalition agreement over the next four years. The results of the extreme right-wing Jobbik party also usher in a new era. With Jobbik a new force comes into play that represents a brand of radicalism that is hostile to the system. The ultra-right party embodies the anger, disappointment and unsolved problems of the past years and decades' (Szabolcs Szerető)

Hungary's voters have cast their ballots in favour of a shift to the right. Viktor Orbán's conservative Fidesz and the extreme right-wing Jobbik party have collected almost 70% of the vote between them. The result is a concentration of power unparalleled in recent history, writes the left-wing daily: 'No-one has had so much power in Hungary as Viktor Orbán since the fall of communism. 'On Monday we'll wake up in another land', he himself had said.

Read more about far-right activism in Budapest on cafebabel.com

Even after the first round of the elections it's clear that this was no exaggeration. The political landscape of post-communist Hungary has been shaken to the bedrock. The Hungarians have passed judgement not only on the eight years of unsuccessful socialist government, but also on the current two-party system. Now everything has changed. Only one of the two adversaries remains in the political ring. The Hungarians have awoken to find themselves in Orbanland' (Ivan Drabek) 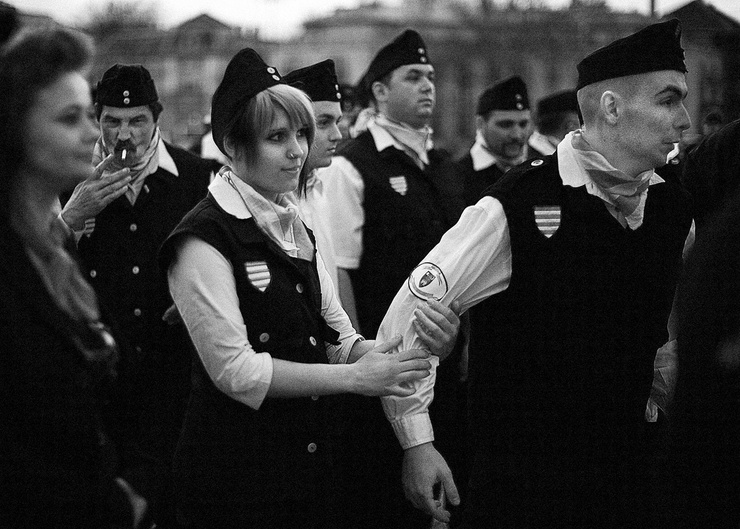 The true winners of the parliamentary elections in Hungary are the right-wing radicals of the Jobbik party with their 16.7% share of the vote, writes left-liberal daily: 'The party under the leadership of 31-year-old Gabor Vona makes no bones about its racist tendencies and its close tie to paramilitary organisations like the new Hungarian guard [which emerged after the Hungarian Guard was banned in 2009]. Yet it was still able to take the five-percent-hurdle for the first time. Jobbik profited above all from the reawakened ethnic tensions between Hungarians and their Slovak neighbours and the new wave of discontent that has taken hold in the country since it only narrowly escaped bankruptcy with the help of the EU and the international monetary fund in autumn 2008. In 2009 the recession saw the country's gross domestic product sink by 6% while unemployment rose to 11.3%. The experts may be convinced that the worst is over, but many preferred to put their faith in Vona's promises' (Valerio Gualerzi)

After the clear victory of Viktor Orbán's right-wing conservative Fidesz party Hungary must now steer a course of consensus, writes the daily: 'Even if Viktor Orbán can claim the announced victory once all the votes are counted, there will still not be much time for him to celebrate. He will also have to cease bad-mouthing those who have been at the country's helm until now. Economic reform and modernisation of the healthcare and education systems are indispensable, as the conservatives well know. Consequently they will have to carry on with the measures introduced by interim prime minister Gordon Bajnai. The delicate question remains: will Orbán hold to his centrist course and distance himself from the far right? Will he remain a divisive force or can he foster a spirit of social cohesion? Failing that the people will not tolerate the hardships to come - and Orbán will fail just as the socialists have done' (Romana Klär)