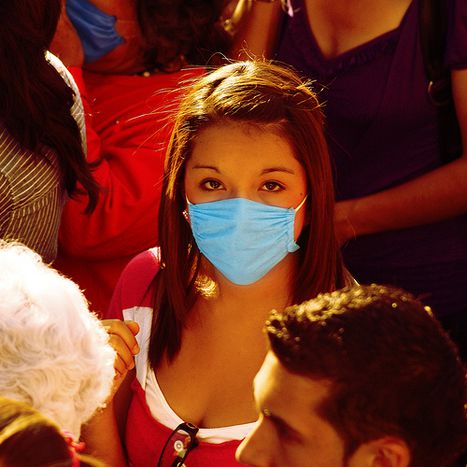 Swine flu: 'I stopped using the metro in Mexico'

Thousands of people travel every day using the subway in Mexico City. I stopped using it a week ago for the first time since I started living here two and half years ago. You can’t be too careful…Testimony from a Spaniard living in Mexico - Spain has 57 confirmed cases after Canada and before Britain, which has 27. 30 have died since the outbreak in late April

Swine flu has us all firmly in its grip; we are washing ourselves every five minutes in order to avoid any possible infection. Washing your hands is the best method in order to guard against the virus, which has caused numerous deaths and 1, 800 cases of infection globally, mostly in Mexico and the States. Two deaths have been recorded outside of Mexico, in the USA; of a Mexican toddler in Texas and a 33-year-old teacher from Harlingen, on the US-Mexican border.

This is a question which we are all curious about but nobody can answer it for us. The origin of this flu is still not clear; many Mexicans are shocked to read about ‘Mexican flu’ in foreign media. Most notable is China; the country has closed its borders to ‘Aztec’ pork products. The most probable hypothesis is that the virus initially broke out in Asia, then travelled from there to California and ended up in Mexico. The rest, as they say, is history.

Venturing out of the house – only with a protective mask

The cityscape has changed in the last few days; school lessons have shrunk down to a minimum - some are closed until 6 May - and many restaurants remain closed. Hardly anyone will risk going out with a facemask. That applies for those who have one of course. The army distributed facemasks in the most frequented areas of the city on the first day; the pharmacies had already sold out even though the facemasks were often ten times more expensive then usual (between 0.50 to 1.50 pesos or roughly 2 to 8 cents depending on the exchange rate). 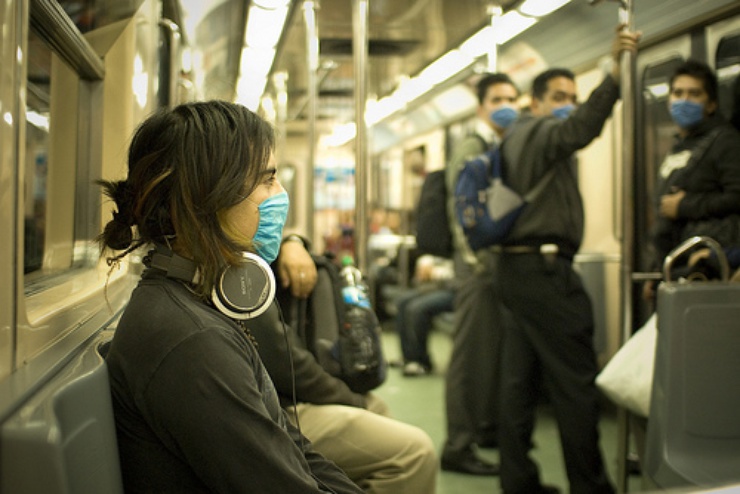 Many medicines such as vitamins or virus inhibitors are also not available. It helps a little that the authorities are warning against self-treatment and are urging (people) to seek a doctor at the first symptoms, as the virus is curable. The people need the reassurance of having medicines at home; panic-buying can be closely watched as it was announced that the supermarkets would not be closed.

The worst thing for me is when speaking to my family. They call me in a panic saying, 'The schools have been closed.' I try to explain to them that this is one of the most important ways of avoiding contamination. Thousands of children are putting their fingers in their mouths constantly.

The restaurants and museums are closed too, remember? The idea behind it all is to reduce contact between people; those who oppose the new regulation are only offering take away…

Not only do we have the problem of swine flu to contend with; there is also an earthquake measuring 5.8 on the Richter-scale to deal with too. (This is only a ‘tremble’ as I have explained to my work colleagues; an earthquake has to measure more than 7 on the scale). The joke-of-the-week from all this is: What are the authorities saying about swine flu? Look, I’m shaking!

Humour may not be suffering but the opposite is true for the economy, which is now in a state of free-fall. The economic losses in Mexico city alone are adding up to 100, 000 USD daily (about 770,000 euros or 679 453) – which alongside the current financial crisis – has started another time bomb ticking. Many are more worried about losing their jobs rather than the swine flu virus.

When it comes to greetings in Mexico you normally offer your hand as well as a kiss at the same time. I never got used to it; with the current situation and the lack of body contact – with the aim of avoiding infection – I do miss this expression of kindness.

The author, from Cordoba in Spain, has lived in Mexico for the past two years