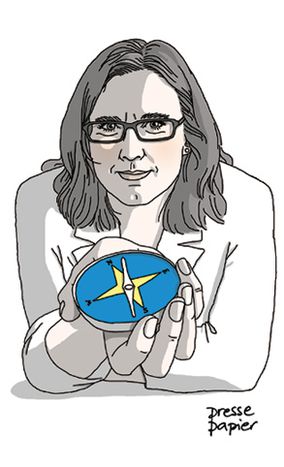 Sweden's Cecilia Malmström: 'I'm a politician. It’s not my task to impose an identity on people'

The Gothenburg-based politician, 41, has been EU affairs minister since 2006. We talk institutional reform, economic crisis and Turkey in part III of a special edition marking the six-month Swedish presidency of the EU, which began on 1 July

In a recent speech in the Netherlands presenting Sweden’s EU priorities, you quoted the French former MEP and intellectual Louise Weiss, who had said ‘European institutions have produced European beets, butter, cheese, wine, veal and even pigs. But they have not produced Europeans’. You added: ‘It is not my task as a politician to convince people to feel more European.’ Isn’t that precisely one of your priorities? 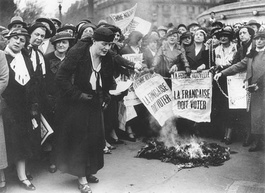 As a politician, it’s not my task to impose an identity on people. We have enough examples in history about how dangerous it might be - if you have to convince someone that we have to feel European, it means that you’re European in contrast with something else. That is a sort of nationalism that can be very dangerous. However, to show the benefits of European cooperation, see the advantages of being in Europe, its values, our common history and common future is totally different. That is a task that is very much mine and also the rest of the government’s. Europe deserves its people to feel European and that Europe can do something for them.

Sweden is well known for its euroscepticism. Why has there been a significant shift in public opinion about EU affairs over the past years?

If you look at eurostat or national statistics, it shows that from having been very eurosceptic ten years ago, Sweden is now above the average. When people ask: ‘do you think it is a good thing that your country is a part of the EU?’, more Swedes than ever reply: ‘Yes, we think it is a good thing’. (The majority of) Swedes think it is totally natural for us to cooperate with the EU. Even if we had a low turnout for the elections, it went up by 7% since the last European elections in 2004. That is contrary to the development in many other countries.

The Swedes are very globalised because we are small, and up in the north

The former government had a lot of eurosceptic ministers. We don't have that anymore since we came to power in October 2006. The government is now positive toward Europe. We have tried to engage in roundtables discussions with the civil society, political parties and social partners. I have travelled all around the country attending hundreds and hundreds of meetings with citizens. As a result we talk about Europe on a daily basis. With current issues like the economy and the loss of jobs, Swedish people realise how important it is to collaborate together. We are indeed very globalised because we are small, and up in the north. We can only solve it together and Europe is a very good arena to solve problems. Of course it is really difficult to know for sure why opinions change.

With regards to future EU enlargement, Iceland has recently agreed to apply for membership and the topic of the Turkish candidacy is still a hot potato. What's your opinion?

It is not really a debate in Sweden nor was it during the European elections in June 2009. All the political parties are in favour of this membership. So far people have been positive and in general, the Swedes support enlargement. The EU project should be opened up for all European neighbours when they fulfill the criteria – which Iceland does. It’s a democracy but of course they have to negotiate like everybody else.

Turkey does not fulfill the criteria yet. But in ten, fifteen or seventeen year’s time, they might. This was the unanimous view from the EU when we started negotiations with Turkey. I respect very much that this has been heavily debated in certain countries. But all EU countries think that we should keep on with negotiating with Turkey for the moment. It’s important to keep them in the reform process and so on. It is in the interest of the Turkish people, the EU and the region for the country to become a democracy. We have only got five months left in our presidency of the EU. The French government opened two chapters, the Czechs opened one (11 chapters out of 35 have been opened since october 2005 - ed). and we will see if it is possible to open two as well.

Cecilia Malmström at a glance 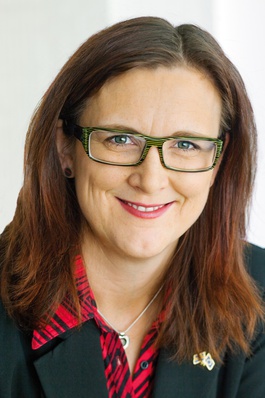 Born in Stockholm, raised in Gothenburg and France

Joined the European parliament in 1999;former MEP from the Alliance and Liberals and Democrats of Europe (ALDE)