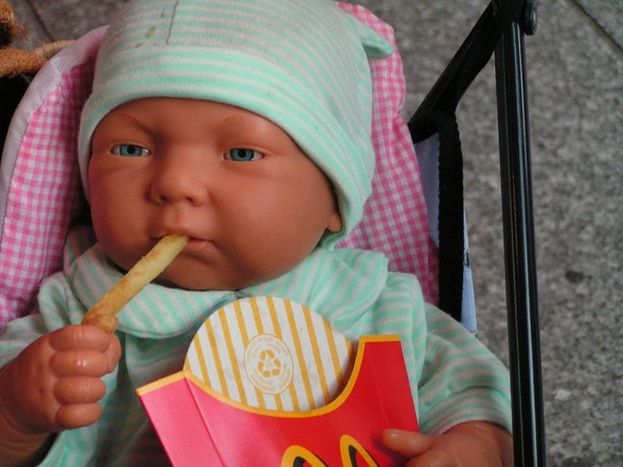 Whilst the rest of Europe only catches up now. Our waist circumference is suffocating us, and the battle against obesity remains a major issue in the early 21st century. Junk food: tastes so good, but is so wrong...

The world health organisation (WHO) has proven it, life in the European union is growing increasingly similar to the 1973 film La Grande Bouffe ('The Great Feed'): almost 14% of European adults are obese, and over' of health care spending is linked to this problem. 'Junk food' stands accused as the main suspect. Calorie-rich, and with a low nutritional value, it is bad quality food, sometimes industrially produced, and contains varied chemicals in great amounts. And also sugar, lots of it, used on a massive scale by the agroalimentary industries in order to improve the taste of the least chicken nugget. With 24% of its population suffering from obesity, the United Kingdom is the most affected country, followed by Malta. Yet it took a long time for the public health announcements to get into our magazines. 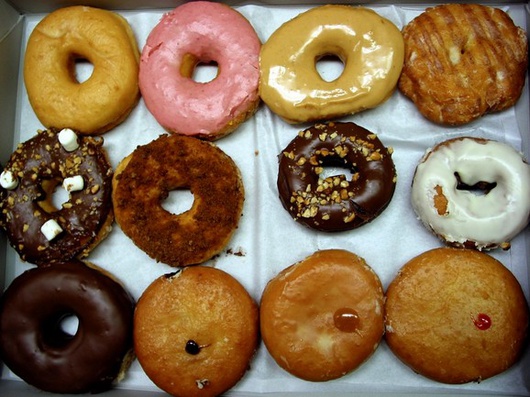 Junk food is the ultimate anti-cooking: gulped down fast and badly whilst watching a screen, as opposed to the good, convivial meal, prepared lovingly and savoured with family or friends. Junk food is the horror of postmodern society on a plate. Because of it, Europeans, who spend less and less time in their kitchens, and enjoy fast food of all kinds, are absorbing around 50kg of sugar each year, which then ends up on their waists. Together with an increased risk for cardiovascular diseases and sleep disorders, and a possible five-year reduction of men's life expectancy by 2050.

The problem is: there is a reason why 'junk food' contains 'junkie': sugar is an extremely addictive substance, and eating with one's fingers has its charms. Moreover, the thirty-somethings who are starting to have children whom they must teach the basic nutritional and gastronomical rules, were raised on ready-made meals and industrial cakes, as a result of the most welcome liberation of women. Their Proust's madeleine is the Tagada strawberry. What can be done? Institutions have taken over.

Eat your vegetables and get a move on!

Aim number one: protect children and teenagers, who may become obese, or already are, and will remain so. Following Sweden and Norway's lead, these countries being (as often) twenty-five years ahead on these matters, Ireland and the UK banned advertisements for sweet drinks and all kinds of snacks during children's television programmes, in April 2007. France, Latvia and the UK also banned unhealthy vending machines from schools, and chips from their canteens. Latvia went even further, basing the ban not on the nature of foods (fat and/or sweet) but on their composition (colouring agents, additives, preservatives).

Latvia has banned junk food on the basis of their composition

Aim number two: win the media battle. In France, a health message advising people to avoid eating too much, and to do a little bit of exercise each day, has been compulsory on any food advertisement since 2007. In the UK, ten organisations, such as the British heart foundation, regularly communicate information to the public and the government about the dangers of fat and the necessity not to advertise it, particularly towards younger people.

Conclusion: eating badly kills. Knowing how to make healthier food we can also enjoy has immediate and concrete repercussions on how healthy and in good shape we are. And, let's face it, a recipe like the one that follows tastes even better after a run and a good dish of green beans...

-a pack of 10 marshmallows (the real ones)

-a pack of shortbread biscuits 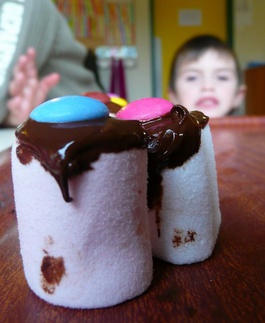 Make the chocolate and butter melt in a bain-marie. When this mixture has melted, whisk it briskly with a fork, so as to obtain smooth chocolate. Having  removed this off the fire, add the whole egg while whisking fast. Break the biscuits into small pieces with your hands. Cut the marshmallows into four pieces. In a large bowl, mix the melted chocolate, the biscuits and the marshallows. Pour this on a tin foil, which you can shape however you like. Fold the foil's edges, and put it in the refrigerator for about 6 hours. Take the tin foil off, and roll the cake in grated coconut. Yeepee, it's ready!

Thanks to my buddy Mitch for the recipe