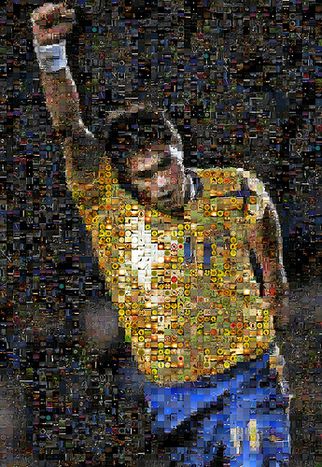 As Europe's footie season kicks off in September, Sweden's premier league winds down

Despite its small size, Sweden has had some giant results on the football field. The national team won a world cup silver medal in 1958 (beaten only by Pelé's Brazil), and stunned the world by winning a surprise world cup bronze medal in 1994. Swedish clubs also used to perform remarkably well in the European competitions; IFK Goteborg won the UEFA cup twice in the eighties, whilst Malmo FF reached the Champions League final in 1979. Even more remarkably, Swedish club players were all amateurs up until the mid nineties.

Not sticking to the day job

When IFK Goteborg beat FC Barcelona 3-0 in the Champions League semi-final, the Catalan press was furious. How could professionals lose against amateurs? They constantly referenced their articles to which the day jobs the Goteborg players had; 'the fireman passes the ball to the bank clerk', and so on. Despite losing out on qualification at Camp Nou stadium on penalties, Goteborg had shown that the organised play of a Swedish amateur team was enough to compete on top level. Today, most players in the Allsvenskan have turned professional. While the national team still qualifies for major competitions, successes are rarer, as seen in the Euro 2008, when they lost 2-0 to Russia in the qualifiers. Swedish teams often struggle to be competitive against clubs from minor leagues in European competitions EG. 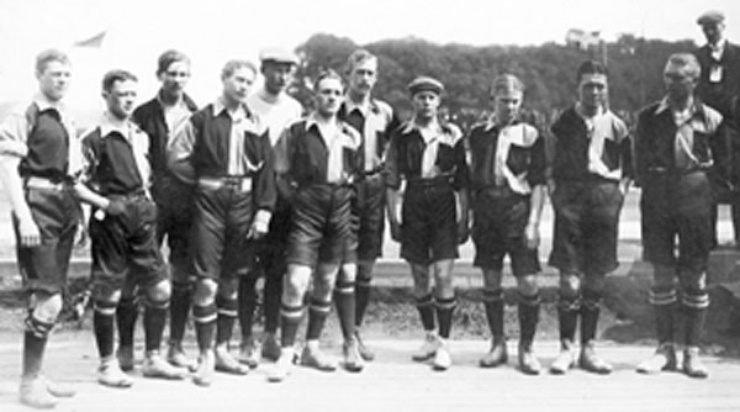 Sweden is an example of how profoundly European football has been changed over the last fifteen years by the new economic conditions following the allocation of TV-right funds. In western Europe's 'big five' - Germany's Bundesliga, Spain's La Liga, Italy's Serie A, England's Premier League and France's Ligue 1 - the revenues from television rights are negotiated directly by the clubs. In Sweden, funds are distributed evenly to the clubs by the Swedish Football Association (SvFF). This prevents the best clubs from achieving the necessary stability to improve at the top of Swedish football.

They say the Allsvenskan teams can beat any other on a good day, and in the last decade, eight different clubs have become champions. The reality is that it is a very uneven competition, in which the favourites cannot keep their best players. In 2007, reigning champions Goteborg were forced to risk their lead by selling leading goalscorer Marcus Berg mid-season to Groningen. Managers are forced to experiment with new line ups and tactics in the middle of the season. The lack of continuity due to unexpected player losses and drain of talent disrupt the leading football clubs.

Meanwhile, sales revenues are low in the Allsvenskan compared to the top leagues (Allsvenskan ranks 28^th in the UEFA league ranking), at about 73 million euros. The cities of Goteborg and Porto are about similar in size, and despite the fact that Goteborg is a much richer city, FC Porto's revenues exceed the total revenues of all teams in the Allsvenskan by 10%. The Swedish tax system puts clubs at a disadvantage to attract talent. In Denmark, there are tax incentives for foreign footballers for three years. The counterpart in Sweden only applies in three months. It will cost 13,500 euros for a Swedish club to generate a net salary of 5,200 euros to the player. It loses 3,100 euros on payroll taxes and 5,200 euros in taxes. In Denmark however, 13,500 euros provide the player with a net salary of 9,350 euros. Once, Swedish players went to the best clubs in the 'big five', to develop as footballers. Now they take the chance to play in Denmark and Norway, where the game quality is about the same as in Allsvenskan, but taxes are lower. The numerous Latin American and African players in the Allsvenskan are just waiting to show enough of their talent to quickly move to the continent's major leagues. In 2008, Allvenskan abolished the limit on clubs having any more than three non-European Union players on the pitch at any time.

The success of amateur Swedish football was due to a great deal of voluntary work from club members. Individually, the quality of the amateurs was not enough for top European level, but player continuity and good tactics went a long way to bridge the gap. More active sponsor programmes, TV rights, events and fan services have widened the gap, while Swedish teams have been unable to capitalise on the new trends. In 1994, IFK Goteborg had revenues of about 11.5 million euros, about the same today. The transfer market is an important source of revenues, but these cannot compensate for a competitive organisation. A vicious circle of bad organisation leads to less attractive football, which loses out audience and sponsor interest when compared to the best European clubs. The last amateurs of Swedish football are leaving the field. The answer to improve conditions for players and audience is not nostalgia, but to extend professionalism into the club managements.