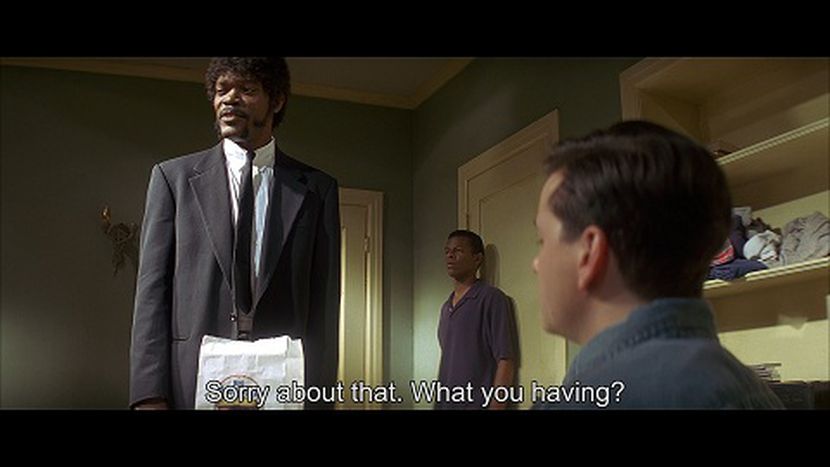 -You saw “Pulp Fiction” in Italian-

-Into Italian. The characters were speaking Italian-

-Yes. Is that so complicated to understand?-

-No. But you have NOT seen “Pulp Fiction” then-

This is the typical example of a discussion between someone coming from a “caption” country and a “dub” citizen.

Here, I must admit, there is not much space for cultural relativism: caption countries are simply superior.

I come from Italy, which is the quintessence of the dubbing country. But I also live in the UK, an extreme caption country. I go to the cinema with people from all around the world and I have heard of the most absurd practices about dubbing, like the “live translation”, in which an actor with a mic inside the cinema does the voice over of all the dialogues - the cultural equivalent of coprophagy, basically.

Anyway, I am in a privileged position to observe this subject matter – and I came to the conclusion that dubbing is not only stupid and evil, but also wrong and economically counterproductive. There are three reasons for this.

First of all, it unavoidably changes a film: my friends who mock me about “Pulp Fiction” are right, I did see a different movie. All the sounds, the intonation, the richness in the communication are inevitably lost, the dialogue adapted to another rhythm, to another culture. And I can only dare to imagine how bad Le cheeseburger conversation sounds in French.

The second point is that dubbing penalises local markets in favour of imported blockbusters. In a dubbing country, a local film has it much harder in the fight for the box office against an American colossus, because everything is translated and digested for a local audience. If “Transformers” were captioned, it would still do well of course; but many people would rather watch something more “national”, without having to read the captions. So why should we promote the vision of “Transformers” instead of the national crap, which at least contributes in supporting the local industry?

The third and most important problem is more widely cultural though: dubbing films is a bad sign of provincialism and it provokes cultural damages, much more than it seems. In non-dubbing countries, English is not even an issue after 6th grade. By the time a kid has learned to read and watches TV with mom and dad, he will learn any language much faster than someone who never listens to other sounds than his mother tongue. It’s not just English of course: people learn to follow a conversation with other words, they get used to other pronunciations, other syntaxes: in short, to other cultures. Translating a film contributes in wrapping up a country in itself, making it deaf and ignorant.

A silly but significant example: in the Italian version of “Night at the Museum 2”, Napoleon makes a joke about Berlusconi being his heir. But Americans don’t even know who Berlusconi is! Why should they? Italy is not the centre of the universe.

Apparently thought, Italian is the funniest language in which a film can be dubbed. The person with which I had the conversation about “Pulp Fiction” spread throughout Facebook bites of the scenes from the Italian version; now everyone greets me with a “Sono il signor Wolf. Risolvo i problemi” And they laugh. After all, they all learned English watching “Pulp Fiction” – English people included…