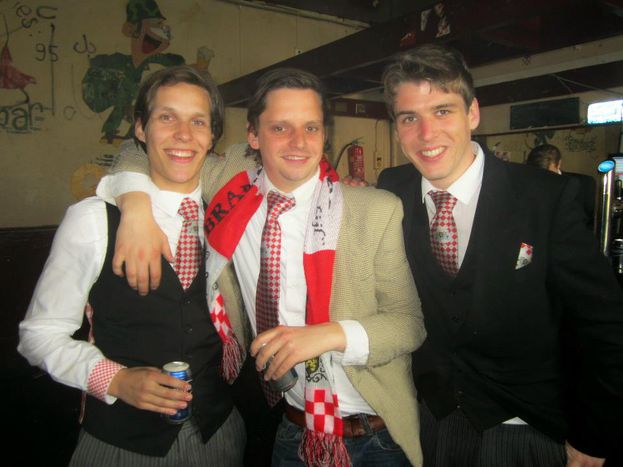 One student says she does not need an excuse to drink to join a union, whilst another is busy vomiting into a bucket in a deserted building in the centre on a sunny weekend afternoon... Initiation into the specifics of student traditions in the Dutch city

It’s a sunny Saturday afternoon in Utrecht, in the central Netherlands. Across from a small downtown park is the broad old brick building made where you can find the Unitas Utrecht student society. There is an overwhelming stench of stale beer and cold smoke inside. It is unusual for anyone to be here on a weekend, yet it is a day of celebration for the members of the Brabants society of Unitas, a group of friends from the southern region of Brabant. 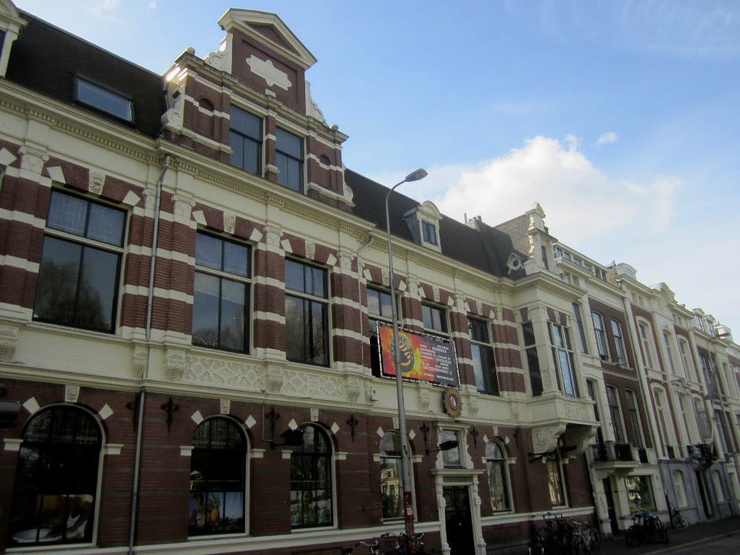 The ten young men inside are all dressed identically, and their strong sense of community goes beyond just their attire. ’These guys are my best friends, ’grins Joost, a 21-year-old law student. This is what most applicants are looking for when joining a student association. With around 64, 000 young people currently studying in Utrecht, it is easy to get lost when you move to the city as a fresher. ’When I came to university, all the student unions had an open house, ’continues Joost. ‘I visited them all but it was here that I could picture myself having a drink in five years time. ’

’Having a drink’ is what these fellows have been doing since 2pm, with no end in sight. Behind the large wooden bar in the basement, one of the ‘Brabanders’is preparing twelve pints of beer – all for one guy. As the others start singing a drinking game song, one of the Brabanders downs the first pint in a single gulp. He slams the empty glass down with a smile and empties the second one in seconds. ‘You have to keep drinking pints until you puke - puking only foam doesn’t count, ’explains Roel, a physiology student. A few minutes and seven rounds – or three and a half litres of beer later - the smile is fading, the bucket comes to sudden use, and the contestant is acknowledged with a roar of applause.

Utrecht’s large student population means that a sizeable part of the city’s culture is concentrated in student life. ‘Studentenverenigingen’, roughly translated as student societies, are independent, run by and for students. Some plan study-related events, but most of them fulfill a social function. Because of their role in organising parties, dinners, boozy nights, trips and more, a common critique on the unions is that they are only focused on partying. Some unions are centuries old, with many traditions still in place. It is history, and the bridge they form between more serious study-related unions and American sororities and fraternities, that make these organisations unique.

The story of Utrecht student societies began two centuries ago, when there was just one union where students gathered. Societies were then made up of only students who came from rich families and could afford to study. After a century, the union split into two parts - Unitas, where we meet Joost and his friends, and USC (Utrechtsch Studenten Corps). 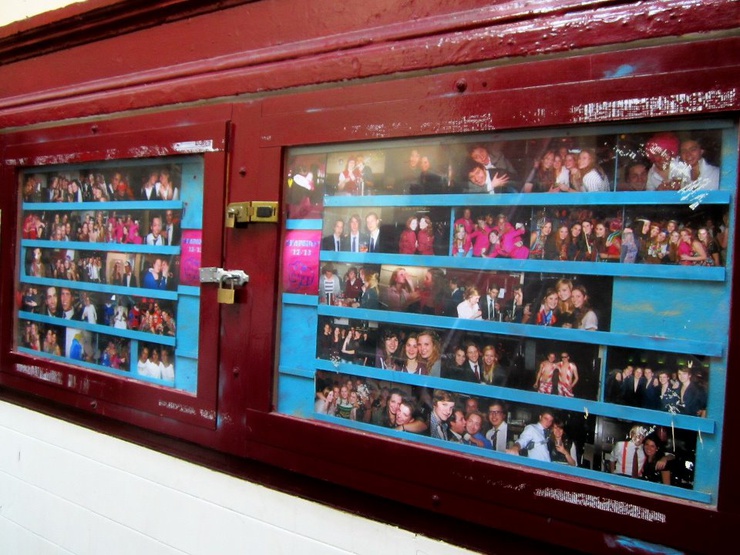 Each society keeps to their own code of conduct. Freshmen at USC wear suits and have to stand all night at parties. The older you are, the less strict the rules, and the more casual the clothes become. Unitas is partly controlled by the university and are funded for the main positions in the union. There are rules that separate them from other unions ; they can’t lean at the bar with their back to the bartender, because it’s disrespectful. No phones are allowed at parties, because you are there to enjoy time with the society - and using a phone betrays the fact that you are part of another ‘virtual’society.

Some rules separate one union from another ; for example leaning at the bar with a back to a bartender is disrespectful

All of the union members we meet over the course of a day in Utrecht unanimously agree that they joined to meet new people. ‘I needed the addition of a social environment outside my studies, ’says Max, a maths student. Former member Sjaakie says that as soon as she made new friends, she never went back. A friend of hers, who never joined, dismisses the unions as no more than a pretext to party : ’It’s just an excuse to drink a lot, I don’t need one, so why join ? ’

Others disagree. ’Compared to frats and sororities in the US, Dutch unions have a lot more tradition, ’says Maggie, a member. ‘In America it is focused on drinking, here it’s more diverse in its activities. ’Such traditions include singing, rules of behaviour, pledges and initiations.

In an ‘introduction week’prior to joining, the rules are set out for initiations, but the details are strictly not shared outside of the unions. ‘It’s a bit mysterious and exclusive, and that makes it fun, ’adds Max. From what we see in a day, being a part of a student union in Utrecht is a way of meeting people and enjoying free time, whether it’s spent gardening (like one society was doing when we visited), networking, or breaking the record of beers downed before you bring them back up.

Follow the blog of two of the authors of this article, We Should Name This Soon

This article is part of a special edition courtesy of the forum of European journalists (FEJS) network, some of whom took part in a cafebabel.com’on the ground’training seminar