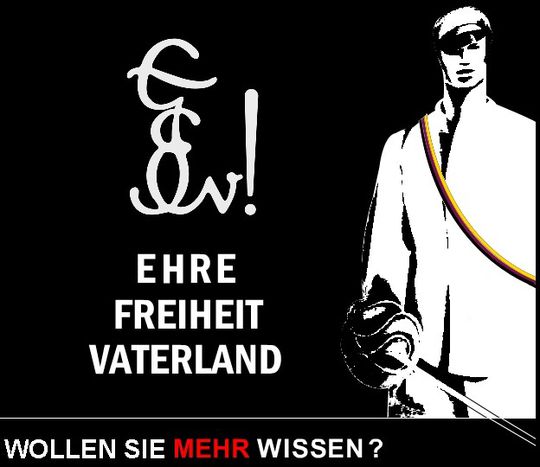 In mid-June the Alte Breslauer duelling club in Bonn petitioned its national umbrella organisation to stipulate German descent as a criterium for accepting the currently 1, 300 students into these legendary student societies. In June, a society in Mannheim allowed a German of Chinese descent to join.

The case drags the just over 100 German duelling clubs, which are accused of harbouring extreme right-wing ideologies, into a negative rather than magical light

University fraternities or 'Burschenschaften' are a form of student society which, in Europe, can only be found only in Germany and Austria. This may seem surprising but a word of caution – we are talking here about duelling clubs, not about student societies as a whole, which of course also exist in many other countries. There is a simple reason that duelling clubs exist in only a few countries: the first was born in Germany, in 1815 in the central German city of Jena.Duelling clubs are nationalistically orientated, their original aim being in having a united, German state.

Nowadays duelling clubs are one of the three biggest student societies in Germany, along with the religious catholic unions and the Corps, which are neither politically nor religiously motivated. They are anything but popular amongst the public. As it is, the current case – the demand to expel a Chinese-originating member from the club in Mannheim, a city in south-west Germany – is not the first time that duelling clubs have drawn attention because of their right-wing ideology. Federal departments for the protection of the constitution in both Germany and Austria are keeping a close eye on various clubs. The media's responses to the latest case, led by the German newspaper Der Spiegel, reflect this – headlines talk of a so-called 'Aryan heritage' ('Ariernachweis'), referring to former dictator Hitler's ethnic cleansing programmes.

Admittedly, fraternity members are not through and through xenophobic. The student who sparked the debate, Kai Ming Au, emphasised in an interview withDer Spiegel that radical right-wing members are 'in the absolute minority'. But Ming Au, who was part of the Hansea duelling club, also admitted that he only knew one other member with a visible migration background. Other seemingly pro-fraternity arguments also have catches. For example, as a response to the issue, the umbrella organisation of fraternities or the Dachverband announced that it viewed the petition from Bonn’s fraternity 'critically' in a press statement. That however is hard to believe. In the very same paragraph it defends the petition, claiming that it would orientate itself 'by the principle of descent which had been valid in the federal republic for years', and which is still valid today 'in Switzerland, Israel and in most EU states'. The fact that this principle was only valid in Germany until 2000 - and even then was not the only criterium for citizenship - is quietly ignored.

The direction of the duelling clubs now seems to be changing from (achieved) German unity to (still to achieve) European unity. In this spirit, the Dachverband dedicated itself to the theme of the European movement for unity in 2010. They claimed that tackling the theme formed a 'logical mental continuity' for the organisation as 'bearers of the national unity movement'. Principally the association is displaying a positive attitude; the press statement of the fraternity day 2010 carried the proud name 'clear commitment to Europe' ('Klares Bekenntnis zu Europa'). 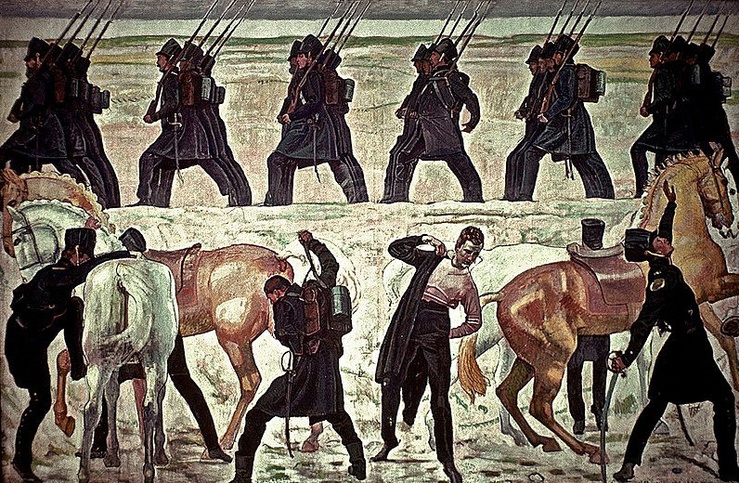 Yet then came a volley of criticism, above all of the democratic deficit of the movement towards European unity (it apparently doesn’t sufficiently bind the 'European peoples' together). The Dachverband's presented aim was a 'democratically legitimated Europe of the fatherlands' ('ein demokratisch legitimiertes Europa der Vaterländer'). So far, so good. But what exactly is a 'Europe of the fatherlands'? There are also so-called Europaburschenschaften or 'Europe fraternities', for example the cosy 'Tafelrunde zu Wien' or the 'Roundtable for Vienna' in Austria. At first glance the concept seems nice – a type of duelling club which aims towards a unified Europe. However, according to the renowned Austrian foundation, the documentation centre of the Austrian resistance (DÖW), this corporation is denounced as being too far right-wing, even within the Vienna fraternity scene.

The answer is no. The number of members is growing particularly because of the fact that the duelling clubs offer students accommodation and company. These are good prospects for students moving to a new city, as Ming Au testifies. He says he became aware of the fraternity when he 'was desperately searching for a room shortly before the start of univerity'. Once he was there the 'community' fascinated him. Membership is additionally sweetened through the member’s notoriously high alcohol consumption and also by possible advantages in the world of work, as the societies offer a strong social network through their 'old men' (a reference to the 10, 000 former student members). Also worth noting is the traditional fencing duels between members of different societies. The once obligatory and now optional ritual duel, known as a Mensur, seems somewhat vintage. After all, how many people can fence nowadays?

The incident in mid-June threw light on the fact that fraternities do harbour racist ideologies. Admittedly the students from Bonn did withdraw their petition before the Dachverband considered it. But is that all just a show? The Dachverband could have expelled the Bonn duelling club. As it is the problem is neatly swept under the carpet – to continue to grow in the dark.

Translated from Beware of Burschenschaften in Europa