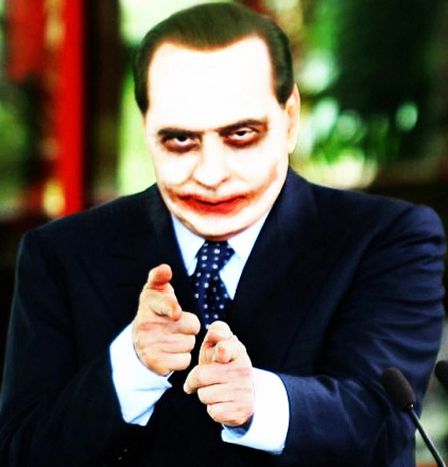 Italy's constitutional court has struck down a law that shielded prime minister Silvio Berlusconi from prosecution. The judges ruled on Wednesday that the law contravenes the country's principle of equality, among other things. Berlusconi may now be arraigned in court on charges of bribery and tax fraud.

The European press discusses the consequences of the judgement for Berlusconi and his government. The German, Spanish, British, Swiss and Italian press react

Italy has lost part of its special status in Europe with the decision to strip prime minister Silvio Berlusconi of his legal immunity, writes Paul Badde in the conservative daily: 'With this decision Italy will move one step closer to normality, one could say, and one step closer to Europe as well. And at the same time it will also distance itself from one aspect of its heritage, for example the memory of the sovereign Borgia Pope Alexander VI, who was morally abominable in many respects but also an excellent and astute politician when it came to furthering the issues and interests of his realm' (Paul Badde)

The left-liberal daily is delighted about the decision to revoke Italian Prime Minister Silvio Berlusconi's legal immunity: 'By pointing to the law's illegality in terms of both content (the manifest inequality before the law) and form as regards the way it was established (an ordinary law passed within the space of 25 days) the constitutional court has restored the seriousness and credibility of a country that Berlusconi tried to convert into a paradise of illegality and impunity for the most powerful'

The conservative British daily comments that now that his immunity has been revoked, Italy's Prime Minister Silvio Berlusconi will also have to answer charges of having bribed his former British tax adviser David Mills. The case is pending in a court in Milan: 'If the Milan court case resumes, Mr Berlusconi must, like any citizen, appear in court. There he can exercise the right available to all citizens to defend himself against the charges. He remains innocent unless proven guilty. The court case, however, would be a huge distraction from his job as prime minister. He has sought to live above the law; now he will be consumed by it. It is surely time that Mr Berlusconi stop putting his own interests ahead of his country's. He should resign'

In the eyes of the liberal-conservative daily the ruling of the Italian Constitutional Court which revokes Prime Minister Silvio Berlusconi's immunity has plunged the country into an institutional and political crisis: 'An institutional crisis because, as we saw as soon as the verdict was pronounced, it has led to a clash between Silvio Berlusconi, who talks of a 'politically motivated judgement', and Italian President Giorgio Napolitano, who defends the court as a 'guarantee organ'. The crisis will also have inevitable and serious political consequences at both a national and international level. This is exactly the scenario that many … had foreseen in the event that the immunity law was overturned. … With this outcome there's the danger that the constitutional crisis and the political crisis will feed each other. The immunity law Berlusconi elected in order to govern the country …, will now become a wandering time bomb that could even topple a government that has a large majority'

Italy's political establishment must seek to keep damages to a minimum now that the Constitutional Court of Italy has struck down Prime Minister Silvio Berlusconi's immunity, writes the business paper: 'Berlusconi has a rocky road ahead of him without immunity and facing numerous trials. But there is no direct alternative. It's up to the prime minister to decide if he still feels capable of ruling Italy impartially. On paper there is a centre-right majority that would have no problem outliving its charismatic leader. A post-Berlusconi centre-right. But that is not on the agenda. Now it is important to keep our nerves and prevent the worst from happening: a conflict between the democratic institutions and the people they represent'