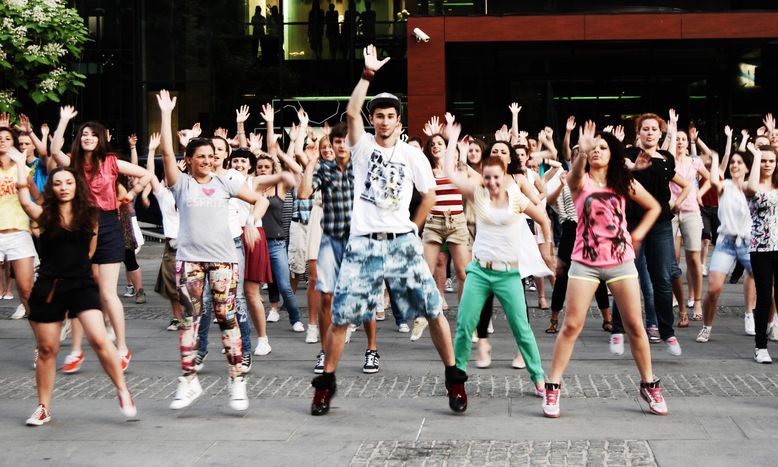 Locals claim there is no street art movement in Sarajevo, and apart from some random break-dancers and a couple of graffiti painted walls, it seems fairly true. Nonetheless, a few months ago, politically charged street performances started to pop up around the city

The Sarajevo film festival, founded in 1995, opened up its doors on 6 July to one of the Bosnian capital’s busiest weeks of the year, but beyond the flair of the movie stars, the city is culturally quiet. Local and national museums struggle with a lack of state support. A rotating tripartite state-apparatus, that mirrors the country’s religious divide between muslim Bosniaks, orthodox Serbs and christian Croats, has been in place since the end of the war in 1995 but has accomplished little in improving the living conditions of the people. This massive administrative structure is unable or unwilling to cut through the immense amount of bureaucracy that a tripartite consensus always implies, especially when it comes to investments in financially non-rewarding sectors like culture. On a street level, artistic and cultural expressions are also hard to find.

‘People don’t take responsibility for what happens outside their houses,’ says Luke Kasitz, who is a familiar name among activists in Sarajevo. The 27-year-old American landscape architect moved here in 2010, and his love for Sarajevo came with a will to tackle its problems. His NGO Moba promotes civic awareness and urban ecology, and has been using street art as a tool of action. In spring, he and a couple of friends raised awareness by dressing up in cocktail dresses, shirts and ties, and cleaning the street by the Miljacka, the local river. ‘We wanted to show people that garbage was not someone else’s problem; everyone should take a part in taking care of it.’ Next time, they plan to do it in their pyjamas. 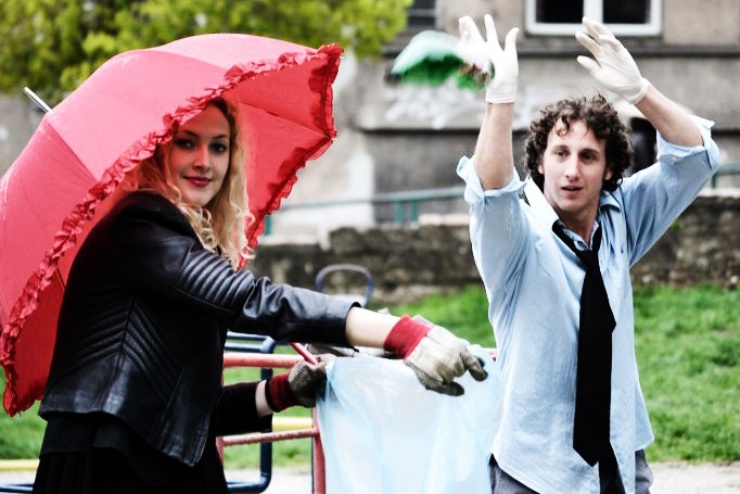 Ervina Muftić, who took part in the garbage street performance, is a socially engaged 23-year-old architecture student who is also tackling urbanism problems in the city, hands-on. For example in 1999, KJKP Rad, the regional public company responsible for the maintenance of parks and public spaces, illegally occupied Trg Kulture square. The formerly popular spot for social gathering in front of the national youth theatre became a private parking lot overnight. Officially, the square is property of the theatre, but despite a lawsuit, the situation has not changed. Ervina made a political action out of a university project she was doing for her urbanism and city planning course.

For ‘Check Mate’, she and a dozen friends dressed up in monochrome and occupied the parking lot for a couple of hours with an accordionist. ‘We had a kind of a game of chess, with two ‘chess masters’ and the pawns,’ says Ervina. ‘The masters would always try to put the pieces in line, like the bureaucratic system and governmental law, but when the music was playing the pieces wouldn’t stop moving. The music was freedom.’ The public reaction at the site was mild, but the stunt earned Ervina an hour’s interview screen-time on a national television talk show about urbanism issues - her face still painted white. 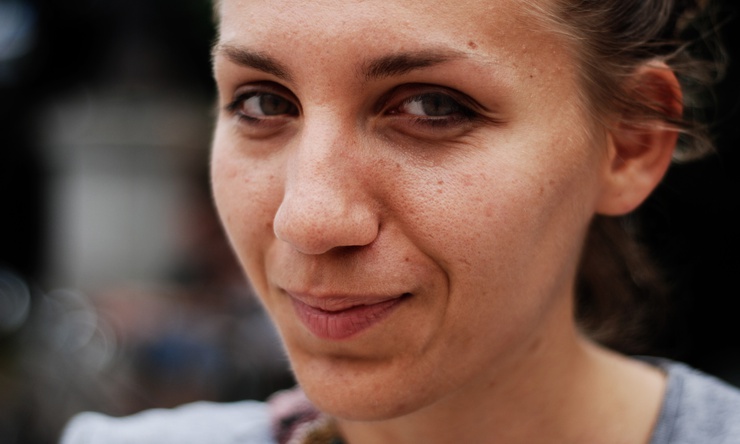 Most urban developments are made without licensing and with little respect for the surrounding areas, which make Sarajevo look like it was built at random. Corruption and bureaucracy make it easy for developments to be licensed after construction is on the way with no legal prosecution. ‘Urbanism just happens here,’ says Vesna Pašić, city planning professor at the university of Sarajevo. 'There is no strategy, no planning. It just happens and corruption is the issue. Town planning institutes are tools for politicians.’ Pašić, who coordinated ‘Check Mate’, believes street art is a good way to raise awareness. ‘We have to create critical minds. If this kind of action starts to grow, it might have a real impact. We try to show students a different kind of approach concerning town space and town problems,’ she says, adding: ‘Young people are open but they are too lethargic. They are disappointed with their lives.’

‘Young people are open but they are too lethargic. They are disappointed with their lives’

Flocks of youth fill up coffee-shops everyday around Ferhadija, one of the city’s main shopping streets. ‘They prefer to spend their day drinking coffee than to try and improve the environment they live in,’ says Ervina. 'It was really the dissatisfaction that motivated me. Things are not as they need to be. People don’t really see things that are wrong and they don’t realise how urgent it is to solve these problems.’ 43.3% of Bosnians were unemployed according to 2011 reports, an issue that was exacerbated with the international financial crisis and the brain drain. ‘Most people our age are unemployed, and will probably be so for a while,’ admits Luke. 'At Moba we tell them that since they are living off their parents anyway, they might as well do something constructive for the city they live in.'

Recent graduates looking for work experience are slowly engaging with these NGOs. Architecture student Srna Tulić, 21, a former member of an ecology NGO, organised the ‘second ever flash-mob in Sarajevo’ in June. More than 250 people gathered in the evening in front of BBI, the city’s main shopping mall, and spontaneously started to dance to alert people to the lack of protection young volunteer workers face in the Federation, Bosnia’s southern autonomous region of which Sarajevo is the capital. By regional law, ‘voluntary work is not considered work experience and highly skilled volunteers are abused by less scrupulous employers,’ says Srna at Barhana, a terrace café near the town centre. 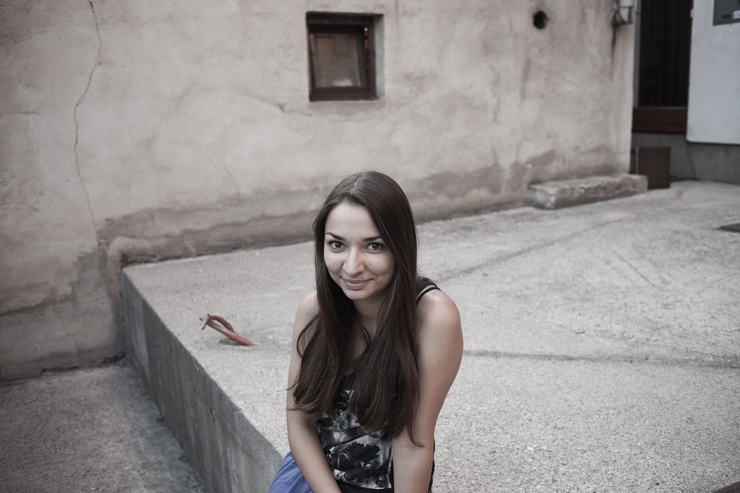 These are idealistic people with a pragmatic approach. Ervina and a few friends continue to meet every week to debate the issues that affect them and the city. The next problem they will tackle is the excess of traffic that makes it impossible for bike riders to cycle around. ‘We thought about doing a concert for the cars, to compensate for the symphony of noises and smoke they present the city with everyday.’ Srna and her friends are in the process of creating their own NGO to protect the rights of volunteer workers. Step by step the youth is starting to do something about the problems of their city. The apathy is generalised, but as governmental authorities resist promoting change, a small critical mass is bringing the discussion to the streets.