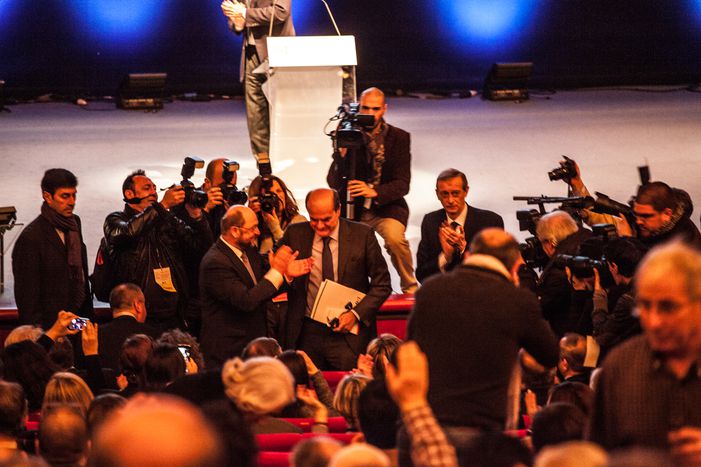 Stalking Bersani in Italy: autopsy of a vital election campaign

The call of progressive European voices has been unanimous: the centre-left candidate Pier Luigi Bersani must win the most important elections in recent Italian history on 24 February. Berlusconi cannot be allowed back to reinforce the country’s existing state of precarity 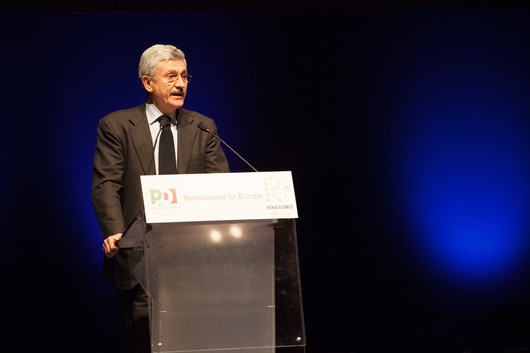 Pier Luigi Bersani, 61, has been voted in as a minister five times already since 1993. Today he is emphasising the importance of restoring the credibility to the figure of the Italian prime minister on an international level. He makes references to his mentor Massimo D’Alema, a historic figure in Italian democracy and pillar of the democratic party. D’Alema was the first and only member of the former communist party to have been prime minister (1998 – 2000).

The party thus makes its alignments clear and taken some distance from the outgoing Mario Monti, the technocrat-turned-prime minister who is being accused of having not been clear about the consequences of the budget cuts he has enforced in the last twelve months of power; nor did he gain himself a suitable place in the European parliament. Bersani was the one who called British prime minister David Cameron’s potential celebrations after the European summit ‘a Pyrrhian victory’. Centre-left voters had been waiting for this declaration from Bersani for days, since he could also have made a pre-electoral alliance with the outgoing prime minister or the left wing of the democratic party. Openly gay politician Nichi Vendola co-runs his small party, and the opposition to Monti has been very strong.

The Italian political situation could not be more complex or delicate right now. On 24 and 25 February the elections will be held through an electoral law (which its own creator, the politician Roberto Calderoli, has called a ‘pig’s business’). This law will deem the country ungovernable in the absence of one major winner or coalition in the elections, in particular concerning the senate, which is one of the two houses of the Italian parliament. The other one is the chamber of deputies, whose was dissolved on 22 December 2012 when Monti resigned. Now, Bersani has to find some accord with Monti’s list, a new party supporting the technocrat’s return to an austerity-heavy intermin government. He has to do that without losing the more radical wing of his party.

Other side of the barricade

The situation looks more pickled with the presence of various intransigent political formations, such as the five star movement run by the former comedian-cum-political activist Beppe Grillo, the maverick of anto-establishment politics. The Genoan has been riding the waves of unhappiness with a surfboard called populism. It has been reported that he could get up to 20% of the vote thanks to his slightly anti-European electoral campaign which stands for the renewal of the political class. Citizens have gathered en masse, in particular over the social networks, all boosting the popularity and success of the leader. There have been some scandals along the way helping him along, of course. Italy's third-largest bank, Monte dei Paschi, has been at the centre of a high-profile probe into alleged fraud and bribery, the biggest series of arrests which has implicated the country’s leading parties in the last two decades. In comes Beppe Grillo to convince voters that this country is indeed ungovernable by traditional parties.

Newcomers like Antonio Ingroia, a former magistrate who has entered the political scene for the first time, have brough together members of the civil society and former politicians who are linked to the smaller parties of the left, with the intention of revitalising the body of the civil revolution and calling for a new anti-corruption law. There’s also the former journalist Oscar Giannino (for the Stop the Decline party) who proposes ultra-liberal policies to revive the economy.

The people of freedom party (PDL) have lost the continuity they needed for the political project when Silvio Berlusconi handed over the reigns of the party to the former lawyer Angelino Alfano. The latter is a man who lacks the charisma needed to win over voters. Despite the renewed alliance with the far-right northern league party, and the broken theatrical promises, the party has lost almost half of its voices. Knowing the dramatic electoral history of Italy though, you never know what the bel paese might choose on 24 February. No-one can predict what is going to happen, but Italy will probably end up being a non-governable country run by an inconclusive coalition, just when the euro bailout mechanism doesn't need any more rocking.