"If you want to use a word "genocide" (for Srebrenica) - then OK, but we need a new word to replace the old "genocide" word..." (Noam Chomsky)  Srebrenica: A Town Betrayed a Norwegian documentary film directed by Ola Flyum and David Hebditch is now free to watch in Youtube. The film approaches Srebrenica tragedy from a bit different viewpoint than usual in Western mainstream media.

Norwegian documentary about Srebrenica challenges generally accepted narratives about the 1995 massacre giving light to the civil war in Bosnia and Herzegovina from non-biased point of view. It also connects Srebrenica into a wider context that is often ignored by the Western media, showing the crimes committed by the Bosnian army against Serbian civilians and villages in the area. These atrocities may also partly explain why some war crimes happened later in Srebrenica. 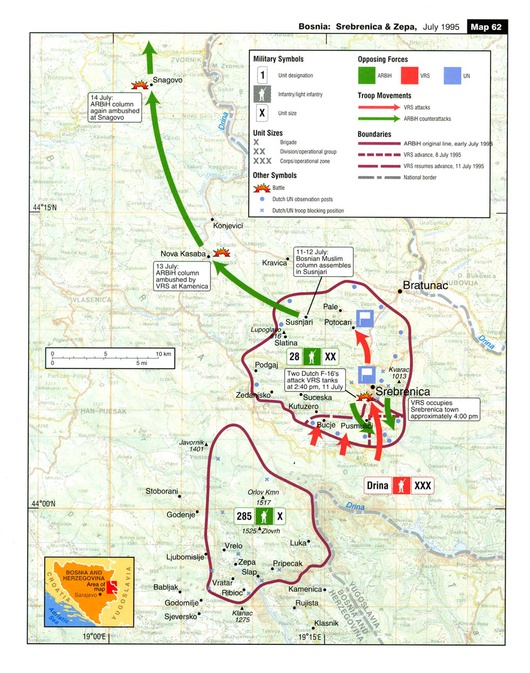 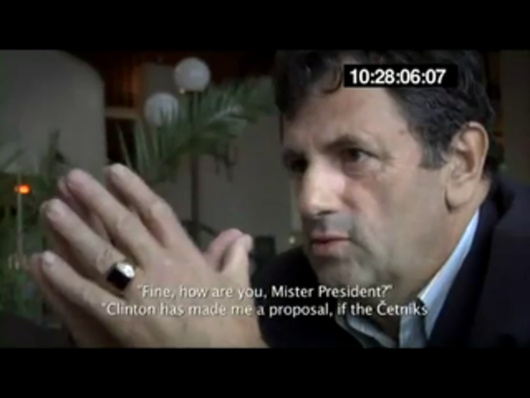 Todays picture about Srebrenica is still heavily manipulated. To me its clear that thousands of Muslims were killed in Srebrenica once this place fell to Bosnian Serbian forces as well that some of them were innocent civilians. It is clear too that thousand(s) Serbs were butchered around Srebrenica during Bosnian War 1992-95 e.g. by the 3rd Corps 7th Muslim Mountain Brigade lead by Bosnian Muslim leader of Srebrenica forces Naser Oric. To the Brigade mentioned were subordinated foreign Muslim fighters, also known as mujahedeen, who came from Islamic countries and it operated from “demilitarized safe area of Srebrenica”. This created a degree of hatred that was quite extraordinary in the region.” One possible scenario is that when the Bosnian Serb Army responded to this terror and atrocities the remaining fighters attempted to escape towards Tuzla, 38 miles to the north. Many were killed while fighting their way through; and many others were taken prisoner and executed by the Serb troops. More in my earlier article Srebrenica again – Hoax or Massacre?. 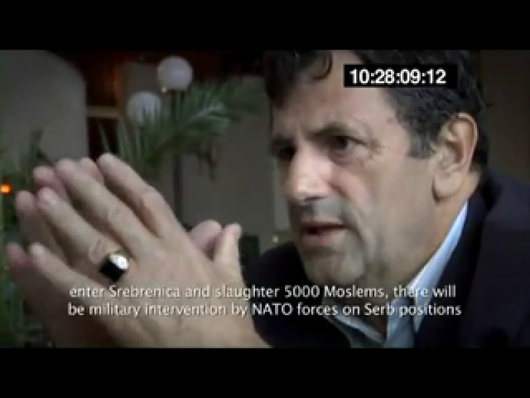 The documentary film "Srebrenica: A Town Betrayed" can be watched by clicking pictures left or from Here!

In April of this year Norwegian State Television (NRK) broadcast film "Srebrenica: A Town Betrayed" followed by the equally amazing “Sarajevo Ricochet.” Swedish State Television soon followed. Bosniaks in Scandinavia have voiced outrage over the airing of documentary. Freedom of speech in Sweden too is now seriously threatened by the intimidating pressure on Swedish Broadcasting Service (SVT) , especially from some extremist circles within the Bosnian Muslim community in Sweden. The Danish public broadcasters initially expressed an interest in purchasing airing rights to one of the two documentaries. After witnessing the uproar in Norway and Sweden, they amended their request, having now decided to broadcast both.

The film claims that at that first short meeting Clinton suggested to Izetbegovic another holocaust - sacrifice of 5000 Muslims in Srebrenica and that Izetbegovic shared that sinister plan with Srebrenica defenders delegation. So the men of Srebrenica were sacrificed by their own government for a political objective. The actual motive behind these background machinations might be besides Nato intervention also a land-swap deal acceptable to all sides (Bosniaks/Serbs/Croats). The western mainstream media has demonized Serbs and their action in Bosnia and later also in Kosovo. The atrocities implemented by others have widely ignored. At the start of the 1992-95 Bosnia war, Muslims and Croats were allies against the Bosnian Serb forces, but they fought each other briefly when Croat forces tried to create a separate Croat autonomy in northeastern Bosnia. Now also Bosnian Muslims themselves expose what really happened before, during and after what is been called the European genocide of our time. Among numerous of the film’s revelations is the fact that the humanitarian convoys which the Serbs were allowing to pass to Srebrenica were being intercepted by Bosnian “hero” Naser Oric and sold on the black market. Interesting detail is also that Mladic had 1600 armed locals but he didn’t trust them since they lacked discipline and would use every opportunity to revenge warlord Oric’s attacks on the villages. 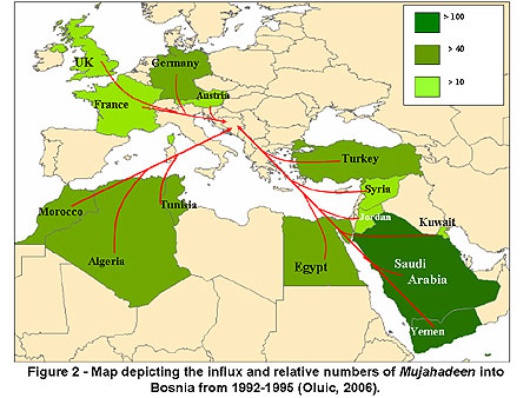 With this film the prevailing black-and-white version (perpetuated by the international community and by Bosnian officialdom) of the Bosnian is questionable. General Mladic arrest and theatre in Hague will bring Srebrenica again front of a stage and more facts what really happened in Srebrenica and before tragedy will came public when both the prosecutor and defense have made their case. This may have its effect in already fragmented and fragile Bosnia-Herzegovina. Probably confrontation between three ethic groups will increase and this could lead to the final dissolution of BiH.

The fundamental objective of project is to rise above politics and propaganda and to create a contextual record of the Srebrenica tragedy of July 1995 which can serve as a corrective to the distortions of the last decade and a half and as a genuine contribution to future peace.

And here is a small selection of articles, documents and analysis, which are also telling the other side of story:

Was Srebrenica a Hoax? Eye-Witness Account of a Former United Nations Military Observer in Bosnia by Carlos Martins Branco

Media Disinformation Frenzy on Srebrenica: The Lynching of Ratko Mladic by Nebojsa Malic

Media Fabrications: The "Srebrenica Massacre” is a Western Myth

What Happened at Srebrenica? Examination of the Forensic Evidence by Stephen Karganovic

Using War as an Excuse for More War: Srebrenica Revisited by Diana Johnstone

INTELWIRE.com has published over 2.000 pages of of declassified U.S. State Dept. cablesabout Srebrenica 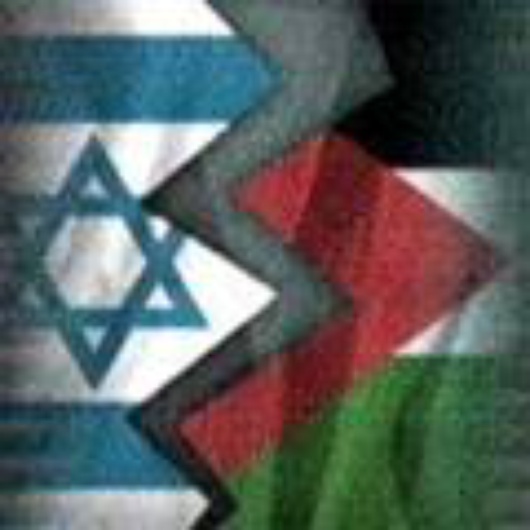 Fenris film has produced also other interesting documentary movie “Sarajevo Ricochet – The US Green Light” which is is the untold story of how the USA allowed Bosnia to cooperate with al-Qaeda, smuggle arms from Iran and launder terror-money during the brutal civil war from 1992 - 95. Osama bin Laden exploited the conflict for his global jihad - and the 9/11 attack on the Twin Towers. It reveals a secret money trail that funded mujihadeen training camps. Co-operation of USA and Iran let Osama bin Laden recruit, import and finance 4.000 mujihadeen fighters into the heart of Europe and Bosnia Herzegovina. In 1996, many of these holy warriors moved on to fight in Kosovo, and some became al-Qaeda sponsored terrorists who attacked targets throughout the Western world - including the 9/11 assault on America.