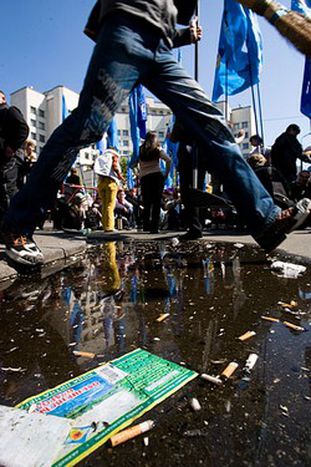 As Ukraine faces a political crisis, Europe follows its neighbour's events with interest, conscious of the former Soviet Republic’s strategic importance for her energy supply

Ukrainian president Viktor Yuschenko, 52, and his prime minister Viktor Yanukovych, 56, bitter rivals during the 2004 presidential elections that led to the Orange Revolution, have been at the centre of a two-month struggle for control of the country’s parliament. Despite introducing reforms that strengthened the legislative power, president Yuschenko dissolved the body on 2 April and called for new legislative elections.

His risky move was mainly motivated by the defection of MPs from his party to Yanukovych's Alliance of National Unity, getting the opposition closerto the 300 seats needed to overcome any presidential veto and impeach him. The prime minister’s party refused to accept Yuschenko’s decision and questioned the legitimacy of the decree at the country’s Supreme Court. For a few days, the roles switched in Ukraine, with the anti-revolutionaries of 2004 taking over the streets of Kiev.

Political turmoil seems to have led to a provisional truce. In late May, the president and prime minister agreed to hold elections next 30 September, a few months later than the initial date proposed by Yuschenko. Despite the momentary calm, the immediate future of Ukraine is uncertain and looks messy.

It does not help that the country is on the frontline of tensions between Russia and the West, which have become increasingly heated during recent years. The reality of Ukrainian politics is far more complex than the black-and-white picture of a country geographically divided along pro-Western and pro-Russian lines that the media tends to sell. But the truth is that the current crisis threatens to further divide the country according to that pattern. 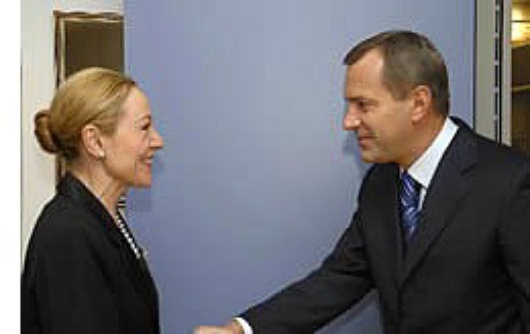 On 25 May, EU Commissioner Benita Ferrero-Waldner expressed the Union’s concern about the deteriorating situation in Ukraine. Brussels' interest in Ukrainian stability goes beyond the evident worry to see instability in its immediate borders, with four of its members bordering the former Soviet republic. The country’s situation as the main transit route for Russian energy supply is of further concern for the EU-27, which will import up to two thirds of its energy consumption in ten years.

The war over gas prices between Kiev and Moscow in early 2006 already evidenced Ukraine’s strategic importance for European energy security: when the world's biggest natural gas extraction company Gazprom closed the tap to the Ukraine, both Poland and Germany — who get their supply through the same gas pipeline as Kiev — saw their supply temporarily suspended. If we consider that the EU gets approximately one fourth of its gas from Russia, it is not surprising that European capitals freak out every time Ukraine is in the spotlight of political instability. 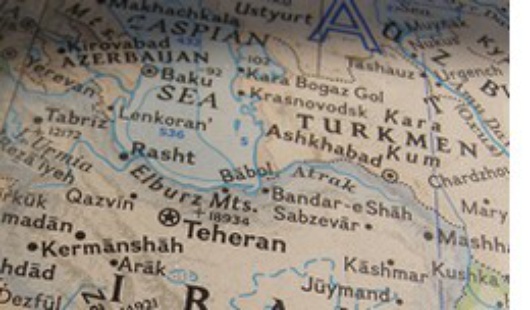 What is at stake for Europe? Any possibility to see Russia augment her influence in Ukraine — therefore increasing its control over the Union’s energy supply — send shivers up the spines of European leaders. Sensitivity is even higher following the recent agreement signed between Moscow, Kazakhstan and Turkmenistan on 12 May, which contemplates the building of a new gas pipeline to Europe. Such a project undermines Western hopes to build an alternative pipeline through the Caspian, that would have avoided the Russian grid.

Pro-Western Yuschenko’s loss of ground in Ukrainian politics also takes place in the context of a particular tension between Brussels and Moscow. At the most recent EU-Russia summit, held in Samara on 17 - 18 May, there was evidence of the erosion in bilateral relations. Poland and Estonia were particularly active in trying to boycott the meeting, given their respective ongoing commercial and diplomatic conflicts with the Kremlin. Tallin’s allegation of a Russian orchestration of a cybernetic attack against the country’s computing system is particularly worrisome. Equally serious and perturbing is the exchange between the secret services of Moscow and London over the Litvinenko case.

The coming months promise to be crucial for Ukraine’s future. A radicalisation of the confronting parties could end up in an open conflict that could lead to the country’s split in two. This scenario has a bigger potential to become a reality if Russia and the West opt for providing an open support to their political allies.

Moscow, certainly, still resents the decisive European and American meddling in its backyard; it resulted in the 2004-5 Orange Revolution, and is totally opposed to a prospective Ukrainian joining of NATO and the EU in the medium term. Brussels, for its part, is fully aware of the strategic importance of Ukraine, given the eroding relations with Moscow. Political stability in Kiev plays in its favour - particularly under a pro-Western government supportive of European energy interests.

Energy security is on the agenda at the Organisation for Security and Co-operation in Europe (OSCE) parliamentary assembly annual session, between 5 - 9 July 2007 in Kiev, Ukraine. President Viktor Yuschenko will be joined by the likes of Miguel Angel Moratinos, OSCE chairman-in-office and Spanish foreign minister