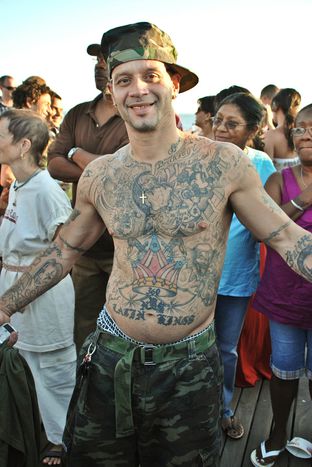 During the noughties, the street gang from New York moved into large Spanish towns. This urban tribe, sometimes considered illegal, sometimes recognised as the social elite, functions according to a pyramid model with a king, queens, princes, and so on. Unravelling the myth

They use animal pseudonyms and are covered in tattoos. Their colours are yellow or gold and black and their symbol is a five-pointed crown. The Latin Kings are, along with the Puerto Rican rival gang the Ñetas ('new birth'), the biggest and most dangerous gang of convicts to have been established in Spain: first in Madrid, then Barcelona, then all over the country. However, this brotherhood had its beginnings in Chicago in the forties. It was then affiliated with the Latin American movement in the United States. During the 1970s, several of its members became involved in illegal activities, mainly drug trafficking. The Kings officially 'landed' in Spain six years ago.

Organised according to a rigid pyramid structure, the 'kings' give orders to those below them

In a Madrid tribunal on 21 June 2007, it was established that Ecuadorian Eric Javier Velastegui founded the Spanish version of the Latin Kings in February 2002. Naturally, its members are mostly Ecuadorian and, unlike other gangs, women are admitted into this highly structured organisation - the 'Latin Queens'. Both the police and the civil guard state that 1, 034 youths joined violent Latino gangs in Madrid, a figure which has tripled in the last three years.

287 of these are members, while the rest are thought to be merely sympathisers. The Latin Kings alone have 700 members in the capital, of which a hundred or so are active members, according to a report by the Madrid government commission. Much like other gangs, the Latin Kings are organised according to a rigid pyramid structure, in which los reyes (the 'kings') give orders to those below them.

How to get into the gang 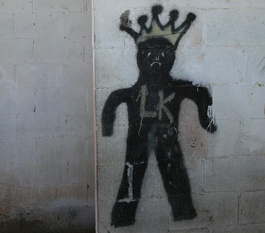 At the top of the pyramid, Eric Javier rubs elbows with the likes of José Fabrico, el príncipe ('the prince') and María Torres,la madrina ('the godmother'). Further down the chain are Geovanny José Cano, 'king Cano' and Rafael Marcos Adriano, 'king Chino Mav', who head up the two divisions of the gang which have existed since its birth. The gang has also settled in Barcelona, Valencia and Murcia. In Madrid and the rest of the country, the organisation is split into several 'chapters' in a sort of territorial division. Each 'chapter' is directed by five bosses or crowns: from the highest rank to the lowest, they are Incan, Head Honcho, War Chief, Treasurer and Master. In these chapters (which meet every week), decisions are made concerning the organisation, the admission of new members, the payment of fees, the disciplinary system, etc. The 'Royal Family' established in the Madrid community is called the 'Incan Royalty' and in Barcelona, the 'Hispanic Royalty'.

One must satisfy certain conditions in order to join this gang: it is necessary to participate in organised crime, such as bag snatching and using the money to pay for the use of sports fields by young people. Little by little, the members of the gang climb the ladder and can then pay weekly fees to the organisation. The Latin Kings worship their 'kings' and keep to the company of other Latinos, even if, for several months now, the police have been claiming that more and more young Spanish people are associating with this gang.

Future of the Latino nation 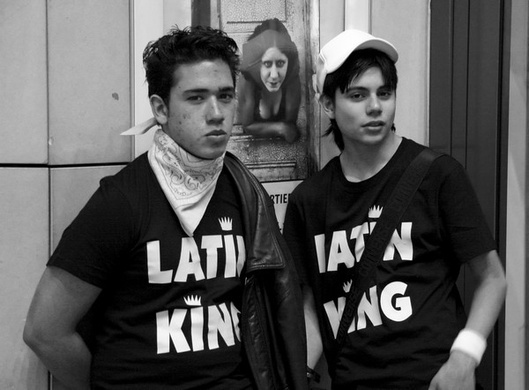 The bosses also organise 'position meetings' in order to solve the big questions for the nation of the Latin Kings in their royal territory. The Latin Kings are financed by fees of between 1.50 and 3 euros (£1.39 - 2.78), collected from members at meetings. Sometimes members give extraordinary donations, to help family members of the Latin Kings who are in prison or who need to pay lawyer’s fees. Their manifesto expresses the supremacy of the Latin Nation. They consider the Ñetas to be their main enemy.

In contrast to what is happening in Madrid, the Latin Kings have been 'legal' in Barcelona since August 2006: they have been added to the register of cultural associations as the Cultural Association of Latin Kings and Queens of Catalonia. The Generalitat de Catalunya, the Catalonian government, also added the Ñetas to the same register in September 2007. Barcelona city council was also the first to ask that the two associations be recognised by regional authorities as working towards the goal of social integration. At the same time, in Madrid, as in France, the regional government has not even dared to think about this; the kings and queens there are still thought of as members of a dangerous and illegal association.