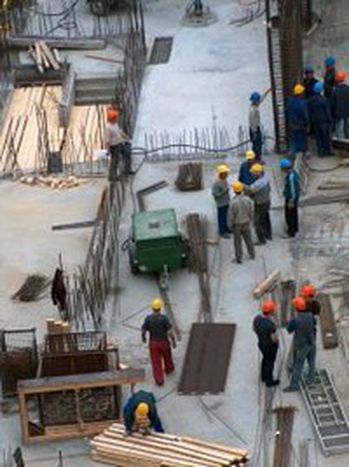 Spain will soon open its labour market to workers from the new EU states. In the context of a growing economy and a limited flow of workers from the east, the change is proving uncontroversial

On March 9, during the third Spanish-Polish summit, José Luis Rodríguez Zapatero announced that from May 1 Spain will lift the obstacles restricting the movement of workers from the East.

Since 2003, the immigrant population in Spain has risen from 1.6 to 3.7 million; 8.5% of the population. This does not mean that in just three years Spain has received two million immigrants; rather, it indicates how many illegal immigrants were already living illegally in Spain. For over the last few years there have been a series of massive regularisation procedures for illegal immigrants, encompassing 700,000 people. Though these continued until 2005, less than 50% of those immigrants present in the country have been regularised, according to Idoia Ikardo, head of legal affairs for ATIME Andalucia, the Moroccan Immigrant Workers’ Association in Spain.

Two years ago the situation was very different. All those immigrants who have since been naturalised were living illegally, and if Spain had then attempted to open up its borders to millions of workers from the new member states it could have had problematic repercussions. Today, the opening of the labour market enables the government “to have greater control over immigration flows” said Idoia Ikardo.

The open arms of the Spanish government are in part because of a growing demand for workers in Spain. The rate of unemployment in the country is at a low unheard of in 25 years, at around 8.7% of the population, with areas like Madrid, Catalunya and the Balearic Islands bordering on full employment. These areas are in turn the main focus of attention for immigrants.

Spain has generated 70% of the employment created in the EU over the last two years. The number of workers who are members of the social security system has risen from 12.5 million in 1996 to 18.4 million in 2006. This expansion of the labour market, brought about by an economy that has maintained with growth rates over 3% during recent years, has achieved a rapid absorption of the immigrant population, as their presence has not involved a loss of jobs for Spanish nationals.

A large part of the immigrants who now reside in Spain have come to cover jobs where no work qualifications are required, mainly working in construction, agriculture or the service sector. In spite of their presence in Spain, tens of thousands of positions a year remain vacant.

The country still needs workers. “Furthermore it is important,” adds Idoia Ikardo, “to incorporate workers into the social security system.” Despite having regularised a large part of the illegal labour in Spain, it remains attractive to life the restrictions on workers from the east. Workers that, according to a report published by the British government after canvassing employers, “have a strong work ethic, are more motivated than local workers, are absent less, are prepared to work longer, are more productive and remain more satisfied with their salaries.”

Spain has gone from being a country of emigrants to being the EU’s main recipient of immigrants, and it has done so without a clear model and without planning. Granting workers from the East the same rights as workers from the UE15 continues this tendency, but the difficulties that immigration generates (such as racism and xenophobia) require more complex solutions.

That said, it is worth remembering that the biggest migratory flows to the country continue to come from Latin America and North Africa, with Morocco and Ecuador having around half a million immigrants each.

Therefore, the lifting of the veto does not seem like a risky decision. “It was predictable,” maintains Idoia Ikardo. The immigrants coming from the 10 new member states do not have much specific importance among the total number of immigrants already in the country. None of them figure among the 20 most numerous countries of origin for immigrants, the Polish being the most numerous, but still having less than 40,000 nationals.

On the 1 May, any citizen coming from the extended EU who works in Spain will enjoy the same rights as a Spanish worker. At the same time the Ministry of the Interior is considering increasing the budget in order to improve the system for the detection of “pateras” (small wooden boats carrying illegal immigrants) in the south of the country and the Canary Islands and to increase the height of the railings on the Melilla border. Will highly sensitive night-vision cameras and higher railings be a sufficiently appropriate migratory model?