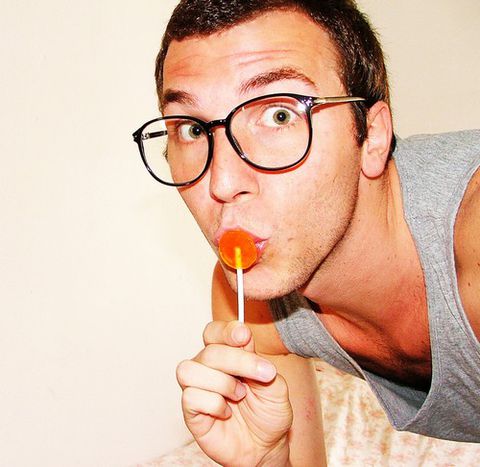 One popular New Year's resolution is to eat less unhealthy food. Although this tends to be a personal decision, at the start of 2010 the three EU countries are discussing ways to slim down their citizens - or at least swell their coffers

A new plan presented by the Spanish government foresees a ban on foodstuffs that contain an excessive amount of trans fatty acids. The liberal daily supports the initiative: 'The European Union, which is at times more sensitive to the pressures of the food industry than to public health, has not legislated in this area. Austria and Denmark, however, have approved laws that limit the amount of trans fats in food products to 2%. The motivations of those who support the new legislation appear to be correct. In developed countries access to healthy foodstuffs is related to income but also to people's level of education and their health. Therefore a law that restricts the excesses of the food industry, promotes consumer responsibility and reduces illnesses is very welcome. There's little to lose here'

Denmark is discussing a proposal to levy higher taxes on sweets in a bid to reduce their consumption. The daily sees this as a promising idea but the country's liberal-conservative government opposes it: 'The government's commitment to freedom of choice - even when it comes to shop shelves packed with large and small bags of sweets - is a caricature of how the world functions. For freedom of choice - and also the falling prices for sweets and chocolates and fizzy drinks - are the cause of epidemic overweight and deteriorating health. Higher taxes are effective when you want to change people's habits. Time after time this has been confirmed. Introducing higher taxes would literally be like taking the lollipop out of a child's mouth'

Romania wants to make eating fast food more expensive: health minister Attila Cseke has announced a tax on unhealthy food. According to estimates by the Romanian society of nutrition, one in four Romanians suffers from obesity. But the only result of this tax will be higher public revenues, writes the daily:

One in four Romanians suffers from obesity

'It would be naive to believe our good minister when he says that this tax will prompt people to eat more healthily. A quick glance at other taxes is ample proof of that. Does anyone know how much cigarette smoking or alcohol consumption went down once they were more heavily taxed? No, because not even [former health minister] Eugen Nicolăescu, who introduced the new tax, could care less about that. The taxes were just wrapped in sugary talk about healthy living. It must be said however that Eugen Nicolăescu was a bit more honest about the use of these tax revenues. They were meant to finance a programme for assessing the state of public health. It cost 300 million euros and came to a dead-end somewhere or other. The programme was discontinued but the tax still exists' (Liviu Avram)