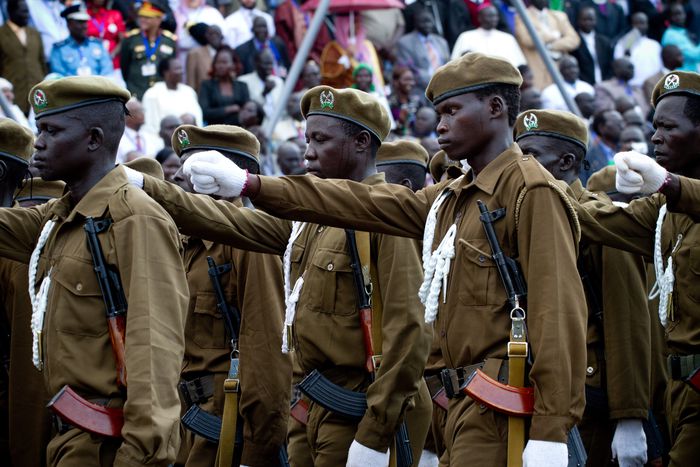 Four years have passed since the independence of South Sudan but the country is facing an enormous humanitarian crisis since the outbreak of the civil war, last December. Political impasse due to corruption is the major concern in a country rich in oil and yet one of the least developed countries in the world.

On the occasion of South Sudan’s independence from Khartoum, on 9 July, High Representative Federica Mogherini, EU Commissioner for International Cooperation and Development Neven Mimica, and EU Commissioner for Humanitarian Aid and Crisis Management Christos Stylianides, have shared some thoughts and demonstrated some commitment towards the Sudanese people.  “Genuine peace negotiations are the only way forward and need to be revitalised swiftly. The EU pledges its full support for the peace efforts being made and recognises the steps to date. But it’s too little and too slow. Government and opposition leaders remain unwilling to engage seriously or to stop using violence as a means to achieve their objective,” stated the European representatives.

The European Commission estimates that around 4.1 million people are currently in life-threatening situations and in need of urgent medical care. Since the dawn of the conflict around 1.6 million people have been displaced and over half a million (590 000) are living now in neighbouring countries. Before such a devastating situation, the European Union had contributed, along with the Member States, some €217.5 million in 2015. In early May, the United States pledged $5 million to help set up an accountability mechanism for South Sudan.

A Country Weakened by its Past

Four years ago, after a referendum held in line with the Comprehensive Peace Agreement (CPA), South Sudan, a country with 8.26 million inhabitants and one of Africa’s biggest oil producers, has turned into a state. Recognised as the newest nation in the world, the most triumphant scene of African progress since the end of apartheid in South Africa, the country located in Central Africa faces now a serious humanitarian crisis that began in December 2013. The international community was blamed of lacking efficacy to ensure that South Sudan would develop into a democratic and stable nation.

More than any other part of Africa, the Sudan is defined by civil war. It was ruled by the Ottoman Empire, and then ushered into the 20th century by a discriminatory arrangement of Egyptian and British control. Colonial efforts at modernisation were confined to the north while the south was left to exploit land and slaves.

On 15 December, an armed conflict erupted at the centre of the South Sudanese governmental authority, the presidential palace in Juba, the capital. This confrontation divided army officers loyal to president Salva Kiir, of Dinka origins, and discontented soldiers supporting his ex-deputy Riek Machar, of Nuer roots, becoming into a tragic civil war, in which more than 50,000 people were killed. Kiir accused Machar of plotting a coup attempt, while Machar blamed the president for trying to kill him. The Dinka and the Nuer are the two most prominent and most populous tribes in South Sudan: longtime rivals who had battled over land and resources since at least the 19th century. 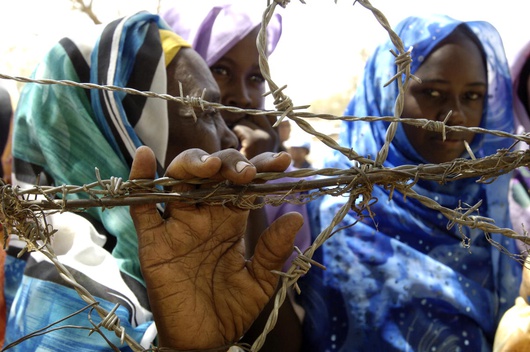 Corruption in South Sudan, what else?

Nevertheless, there is so much more behind religion that one cannot see. According to Global Witness, an NGO dedicated to exposing corruption, there is no evidence that oil revenue in South Sudan is reaching those who need it most. Identified as the most important source of income, just 5% of the latest budget was used on healthcare, education and infrastructure combined. The oil industry is definitely the root of this revolting conflict and several battles have been fought in order to control the sought after black gold.

Before the unleash of the armed conflicts, South Sudan’s government spent months developing laws which should ensure that the country’s oil sector was not a source of corruption or conflict. However, as of December 2013, since the outbreak of the conflict, all the work done to improve governmental transparency has fallen apart.

Last April, South Sudan received a $500 million loan from the Qatar National Bank (QNB), which means that the African country will owe around $781 million, interest inclusive, paid over a seven years period. Naturally, the government has suggested a payment in oil, should cash be lacking. The problem with this agreement is the certainty that the money invested will not go to the country, people’s needs, and infrastructures, but yes into private pockets. Here we have a good example of a parasite country. A country that chooses to live from other country’s financial support instead of making the most out of its natural resources to enrich the country and its people.

On the 29 May, Kenyan president Kenyatta announced plans to merge Intergovernmental Authority for Development (IGAD) peace process and SPLM (Sudan’s People Liberation Movement) reunification process. Due to quarrels between president Kiir and former vice-president Machar, in Nairobi, the merged process was stalled 28 June.

This political impasse has been costing the lives of thousands of South Sudanese people as conflicts continue in Equatoria and Bahr el Ghazal.

On the 30 June, the United Nations released a human rights report documenting widespread rape and women buried alive. Why is the international community so quiet before such outrageous actions? Why do some lives matter less than others?