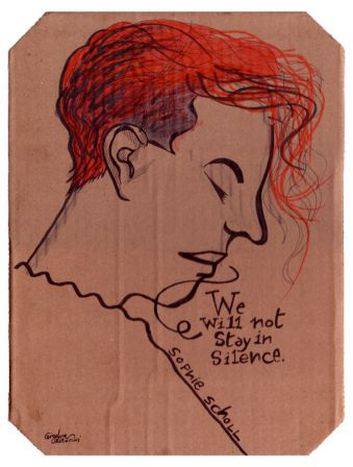 Sophie Scholl, when obedience is not a virtue

Recently, on November 4, was celebrated in Italy, the anniversary of the victory on the Austro-Hungarian Empire in Vittorio Veneto, which marked the end of World War I on the Italian front.

We remember the event suggesting the don Milani's 'Letter to military chaplains '.

The drawing shows, Sophie Scholl . The young student, his brother and other members of the White Rose were executed by guillotine because of the civil disobedience to Nazism.