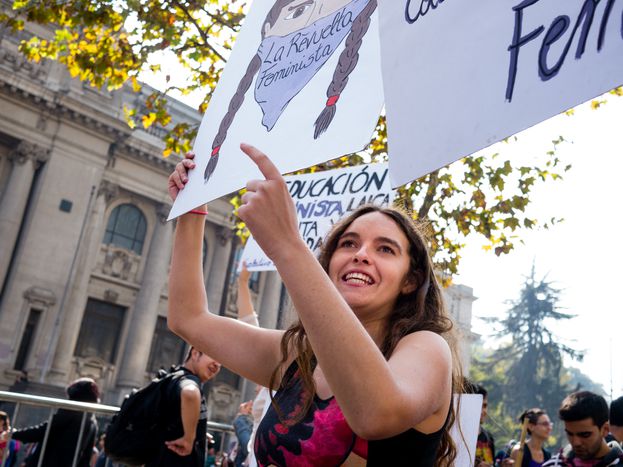 The current global context leaves little room for optimism and sometimes social rights seem to have been forgotten. Nowadays, all eyes are turned to the French election – fearing the Front National’s accession to power. Distrust towards the political establishment and globalization is often presented as the reason for this shift towards the far-right side of the political spectrum.

While concerns for social rights were present within the political elite since the 19th century, it is only after World War II that a growing consensus arose on the importance of a full-fledged Welfare State for the good-functioning of democracy. This consensus stemmed from the broadly accepted discourse that the rise of inequalities fueled nationalism, which in turn, led to the bloodiest war of all time. By imposing sanctions against Germany after World War I, the Treaty of Versailles undermined the economic development much needed to rebuild the country. Yet those sanctions affected most and foremost the people themselves. Not surprisingly, all this made it all the easier for the Nazis to win the 1933 election. The people were suffering, and the Nazis offered a rationale, the stab-in-the-back myth, and a scapegoat to explain their suffering while proposing to restore the national economy. In other words, the violation of social rights was a breeding ground for anti-democratic movements.

Therefore, after World War II, an emphasis was put on the importance of the social aspect of democracy. Rather than settling for a basic scope of social rights limited to certain groups of the population like the elderly, the disabled and the sick, social rights were expanded on the basis of an insurance logic. Every citizen had to be insured against potential negative life events such as a lack of remuneration due to sudden unemployment or sickness. Also, minimum wages and fair work conditions soon became basic social rights. The results of such policies were a resorption of social inequalities between poor and rich.

...and then back to the start

The consensus around social protection weakened during the economic depression of the seventies symbolized by its two oil shocks. A shift occurred from the Keynesian economic model to neoliberalism, marking the return to liberal democracy. From that time onwards, neoliberal policies have included: exclusion from social protection, massive tax cuts for the rich, the crushing of trade unions, deregulation, privatisation, outsourcing and competition in public services.

After four decades of such a regime, economic growth has remained low. Yet, the costs of those neoliberal policies and reforms were not borne by everyone equally but mostly by the lower and middle classes. Among those who have a stable job, many face increasing difficulties to make the ends meet. There has also been a loss in term of purchasing power. Among those who do not enjoy a stable job, that is an expanding range of the population, have to cope with precarious employment conditions and live with a constant social bashing. The standards of living of both the former and the latter have decreased. In contrast, the upper class, that benefited from neoliberal policies such as tax cuts, reaped most of the benefits of this period. As a result, social inequalities have surged, again.

Not everybody is happy with liberal democracy

The resentment against the political establishment and globalisation is the result of a social dissatisfaction towards the current state of democracy: its liberal form. This dissatisfaction, however, appears to have been left aside by the political elite, even by the left-wing parties. The latter which are supposed to protect those most in need seem to agree on the necessity of a neoliberal governance or at least have no choice than to accept it. This was particularly conspicuous in France during Hollande’s term or, more recently, it can be illustrated by the Greek Syriza party’s acceptance of auterity measures. As a result, a part of the deceived electorate turns towards more extreme political figures who offer alternative solutions. That is when extremism arises.

To conclude, remarks are twofold. First, the good functioning of democracy is closely linked to economic and social policies. Politicians, when designing those policies, should bear this in mind. By taking into account only economic objectives – and forgetting about social rights by the same token –, they set the ground for populist movements. Second, stemming from the first point, liberal democracy might be an elusive objective as its liberal nature results in the undermining of democracy during times of economic stagnation.