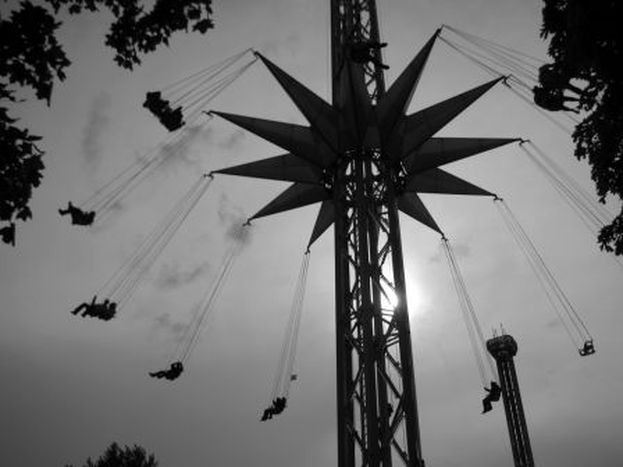 Translation: Alexandra Skwara To discover Europe in one’s everyday life was the subject of a PES photography competition which ran from February to June 2009. In it, BabelWien member Verena snapped her way to 2nd place.

What compelled Vladimir, originally from Latvia, to photograph 24 friends from different European countries holding a piece of red rope in their hands at their favourite spot in their hometown Edinburgh? Why did Tobias from Germany add a bowl with blue jelly and 12 circular pieces of cereal to his usual breakfast table? What does the star-shaped carousel in Vienna´s Prater captured by the Austrian Verena have in common with two of the Latvian face halves whose other sides are covered by a European flag photographed by Andrejs?

Vladimir, Tobias, Verena and Andrejs are all passionate hobby photographers and participated very successfully in the Europe-wide photo competition of the Party of European Socialists (PES) on the subject of “Europe in my everyday life”. So successfully that with their relatively different individual approaches to the topic they found themselves among the 6 prize winners invited to the awards ceremony in Brussels, Belgium by the PES group in the Committee of the Regions (CoR). 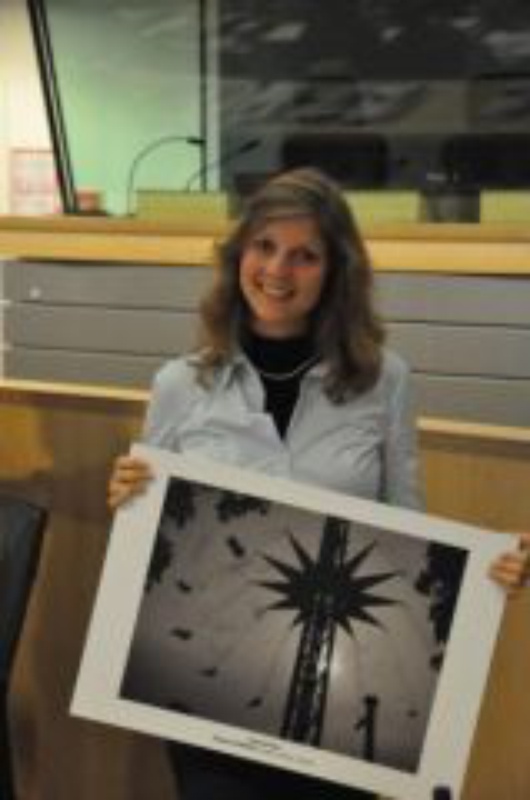 It is no coincidence that the PES Group in the CoR announced the seventh annual edition of its European photo competition in the forefront of the European Parliament Elections 2009 as well as within the Framework of the “European Year of Creativity and Innovation”. At least Samy Benomran, responsible for the events and logistics of the PES group, views the photo competition as an indirect opportunity for the CoR to motivate young Europeans to participate in the EP elections and raise awareness of the importance of Europe in their lives. On the other hand, according to Samy, direct campaigning by the political groups of the CoR is not allowed. 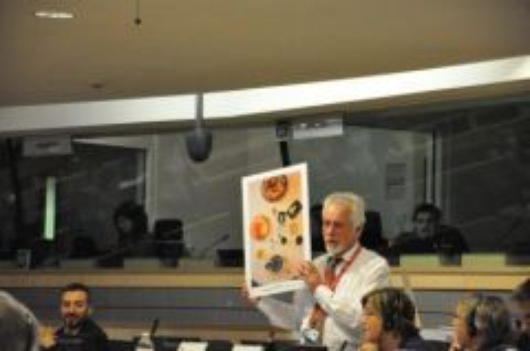 The organisers of the photo competition are very pleased with the number of submitted pictures: while only 48 young Europeans could be motivated to take part in its first edition, in this year´s seventh one they could enjoy the submissions of more than 450 participants. In the coming year the organisers hope for a further increase in the quantity of the submissions. The jury was made up of professional photographers as well as PES members. Yet isn’t it the case that competitions of this kind once again reach mostly well-educated people, who have already experienced a strong European socialisation through various experiences abroad? Samy counters that ever more effort is put into advertising the contest through its own website, party networks, Facebook and additional promotional measures and he points to one of the main prize winners in 2008 who doesn´t have a typical “European curriculum vitae”. Attention should definitely be drawn to the fact that among all participating countries this year Romanians participated most actively in the creative interpretation of the subject “Europe in my everyday life”.

Romanians as most active ones

What motivates young Europeans like Vladimir (5th Place), Tobias (1st Place), Verena (2nd Place; BabelWien member) and Andrejs (3rd Place) to create photographic reflections on Europe? In every case it is their very personal life stories of countless trips and work experiences in a Europe growing closer together. Europe has already become a part of their normal everyday life. Meeting people from different countries who shared their love of photography was in the forefront of the events on this autumn day in Brussels. In the background of course there was a lot of pleasure over the great prices like digital SLR cameras or professional photo printers. All the prize winners breathed a sigh of relief when they heard they were eligible to compete again in the photo competition in 2010.

All the prize-winning photos of the PES photo contest 2009 on the subject “Europe in my Everyday Life“ are reproduced on the following website: http://www.cor.europa.eu/Pesweb/winners.html