Weblogs, encyclopaedias and video 'juke-boxes' are phenomena that are rapidly changing the information scene, forcing us to question the rules of traditional journalism, and not only those of the written form 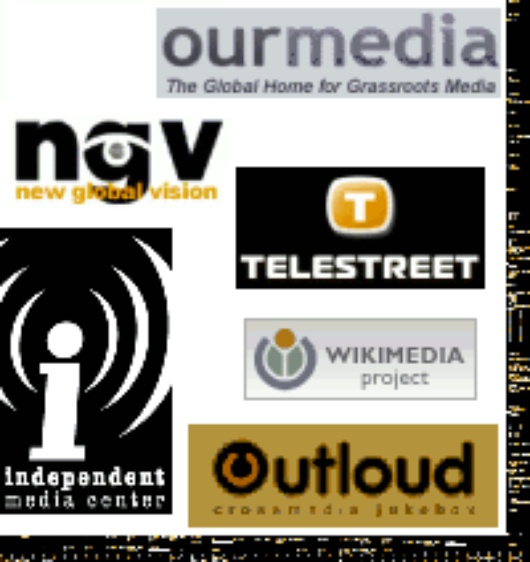 In the era of huge media conglomerates (The News Corporation and Disney in America, Bertelsmann and Mediaset in Europe to name a few), article 10 of the European Convention on Human Rights, which stipulates freedom of expression as a fundamental right, seems to apply only to the few people in a position to control the means of mass communication. However, the internet is causing an incredible shift of power in favour of the public, and at a rapid pace.

Journalism is not so much a status as an activity, and as such can be carried out by whoever has the ability to do so and who follows its rules. Rebecca Blood, author of ‘The Weblog Handbook’, is of the same opinion, “when a weblogger writes daily reports from an international conference, as David Steven did from the 2002 world summit for sustainable development, it is journalism. When an editor manipulates the facts to create a false impression, it is not.” The big question to be tackled is, how are weblogs changing journalism? The most appropriate answer is perhaps that provided by the president of the American Associated Press, Tom Curley: “As we have been able to see clearly in the last year, consumers want to use the interactive nature of the internet to participate directly in the exchange of news and ideas. Information in the form of a lesson is making way for information in the form of conversation.”

The first signs of this influence can already be seen. From the BBC, that invites its subscribers to send in amateur images taken during the demonstrations against the war in Iraq, to MSNBC’s site that invites its readers who are directly involved in current affairs issues to tell their stories. From Le Monde’s website which offers its online readers the possibility of opening a weblog, to the online newspaper Ventura County Star that uses a weblog to report the discussion that takes place every day in the editorial office to wrap up the next day’s paper, allowing readers to intervene with their comments.

The decline in the credibility of the traditional mass media is a central factor when explaining the success of participatory journalism, but so is the availability of new, low cost, technological appliances that allow interactivity. With the mass production of appliances such as digital video cameras, mobile phones with video cameras and software for editing videos, the frontier of participatory journalism is also moving towards the production of audiovisual content. Here the road was opened by Indymedia, with shots of the anti-capitalist demonstrations, and projects such as the Portland Independent Media Center. In the last few years similar projects have been hatched in Italy, such as New Global Vision and the Telestreet network. Until now, one of the major problems in getting these projects off the ground has been the elevated costs of both hosting video files and supplying the internet band necessary for streaming or downloading. These problems were initially overcome thanks to the use of peer-to-peer networks (such as those used to swap music files) and software like BitTorrent. This was until the decision of the Internet Archive (effectively a digital library) to host, without charge, all amateur audiovideo files distributed with the Creative Commons licence. A supply that Ourmedia.org, the most recent experiment in participatory journalism launched on the web, takes advantage of.

“Collective intelligence” is the keyword to understanding the phenomenon that is participatory journalism. As Dan Gillmore, the principal theorist of this phenomenon, states, “collectively, my readers know more than me, and this is a good thing”. In the field of information, participatory journalism is achieving the same success that the open source movement achieved on the software development front. Wikipedia, the biggest encyclopaedia in the world, written collectively by over 16 thousand users who have inserted over 1,500,000 articles in over 190 languages, is explicitly based on the open source model. Wikipedia is based on software, the wiki (from where its name comes), that allows every user to write an article, as well as to correct or complete those written by others. With its 500 million pages seen each month, it outdoes the New York Times website in terms of popularity. Recently, Wikipedia has also launched Wikinews, applying the same collective process for creating topical news stories.

A debate has developed around Wikipedia over the credibility of the information created by the users. The value of an encyclopaedia is in the accuracy of the information in it, certified by the authority of the authors in the specific field in which they are asked to submit an entry and by the editorial choices made by a group of experts: these processes are both absent in the editing of the entries in Wikipedia. Nevertheless, the encyclopaedia’s defenders maintain that comparison with a traditional encyclopaedia is not appropriate for the simple reason that we are faced with a different editorial product. Those who go on Wikipedia know that the articles are written by ordinary users and are not subject to any editorial checks. The authority of Wikipedia is based on a process unknown to traditional media: user controls. Given that any user can modify inaccurate or incomplete information, a new form of credibility has been allowed to emerge based on collective intelligence.