Slovenia: No Country For Young Men

Slovenia used to be considered "top of the class" in former Yugoslavia. In the 90s, as war raged in the Balkans, the country developed an economy in which many companies became privatised. Yet since 2008 Slovenia has been struggling with an economic crisis, largely affecting young people. In Maribor – formerly a working class town –new ideas are turning the city into a social and cultural lab.

After completing his studies in art history in Ljubljana, Simon Žlahtić, 28, returned to his hometown of Maribor and went looking for work at the job centre. The social worker glanced at him from across the table and asked: "Do you speak German?"

"There’s nothing for you here. Go across the border to Austria – you’ll find work there."

Simon speaks not only German, but also English, French, Croatian, Latin and perfect Slovenian. He has a driving licence and an abundance of professional experience. He is a restaurateur, curator, and farmer. An expert in permaculture and vegan cuisine, it's just as easy to talk with him about industrial architecture in Yugoslavia as it is about indigenous plants. He knows how to bake pizza in wood-fired ovens and how to shear sheep, and reads archival documents with great passion. 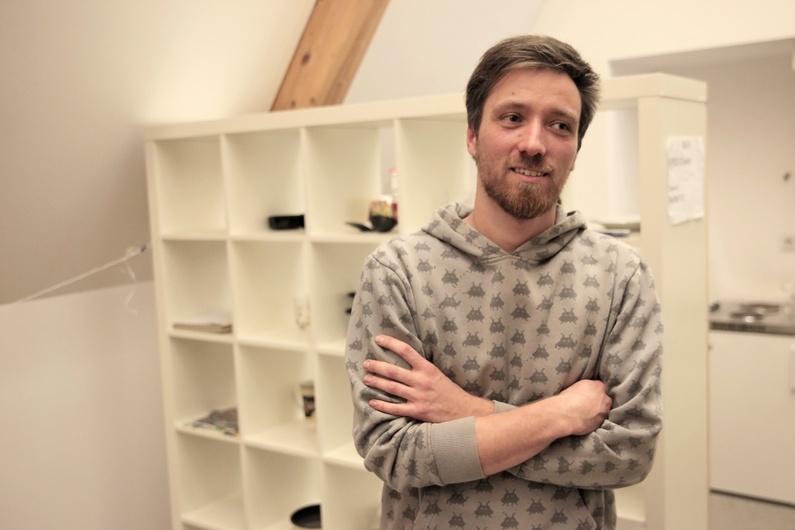 Still, there is no work for Simon in Maribor. Statistically, he belongs to the 18.4% of people under 30 years of age in north-eastern Slovenia who are unemployed – a demographic released by the country's Statistical Office. And of those who are employed, 27.2% work abroad, commuting daily across the border into Austria.

The city of Maribor, having approximately 100,000 citizens, is the second-largest Slovenian city, well known for its strong working class. Due to its flourishing industry, it was dubbed the "Yugoslavian Manchester" of the former communist state. The textile, metal, and car industries represented the pillars of the city's social life for decades. Troubles began when Yugoslavia collapsed, and the city's industries lost access to the Balkan market. From 1992 to 2009, 257 Maribor companies were closed and thousands of workers lost their jobs. Today, 16% of the local population live below the poverty line. "Most families have at least one family member working outside of Slovenia," says Simon. "The proximity of the border provides a sense of security to many families and individuals. On the other hand, it doesn’t solve regional and city problems."

After the fall of the major industries in Maribor, everyone was pressed to find alternative means of earning a living, not just young people. Some people hoped that Maribor becoming the European Capital of Culture for 2012 would help boost the city’s image, thereby improving its tourism industry. Massive sums of money – 21.9 million euros – were invested in cultural development and expensive theatre productions, concerts, and exhibitions. In total, more than 405 projects and 5,264 cultural events took place in the city. However, despite the 4.5 million visitors who came to Maribor that year, it had little effect on the economy.

Frustrated, Maribor's citizens become angry about the inefficiency and corruption of politicians, who seemed unable to tackle real issues. By the end of 2012, the mayor's decision to install a large number of traffic control radars ignited a large wave of protests. Civil disobedience later spread throughout Slovenia, where the general population was already fed up with the government's ineffective policies and grim economic perspectives.

"The economic situation here is bad. We are trying to resolve it by applying the 'bottom-up' solution [through which workers, as opposed to executives, dictate the structures of their companies, ed.]," says social activist Karolina Babič. She is one of the founding members of CAAP (Centre for Alternative and Autonomous Production), which was established in 2011 and whose aim is to gather ecological and social ideas "under one roof". By the end of 2013, Karolina was made aware of an abandoned, six-floor building in the heart of the city centre. What was formerly a pharmaceutical laboratory soon became the headquarters of her organization: Tkalka (the Weaver). 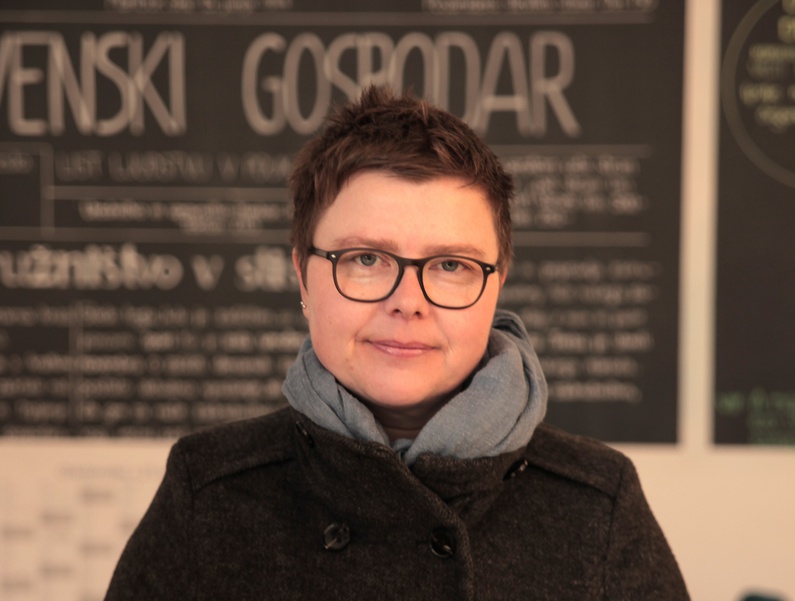 After thousands of volunteer hours, they turned this ruin into a shared office space, much like in Berlin or London. Facing a lack of life-long job stability, which had existed in communist Yugoslavia, many citizens of Maribor have turned to alternatives such as the one Karolina offers. "Europeans know of shared office spaces in the context of creative industries primarily. But Maribor doesn’t have enough critical mass for something like this," she explains. "At Tkalka, there are people from creative industries, but also people in technological fields, like bricklayers, machinists, biologists, and ecologists, among others. People from the Roma community also work here, in addition to people with PhDs in the sciences."

Today, Tkalka hosts more than 45 different organizations employing more than 140 individuals. The maintenance costs run between 60,000 and 70,000 euros annually, which members split evenly amongst themselves. "Most of the organisations and individuals live off the activities they perform here."

But in Karolina's eyes, "Social processes, such as plenums and direct democracy, are the most important legacy of the 2012 protests." After the protests, the people of Maribor started to more actively participate in local political life, through a system of direct democracy relying on "plenums." Plenums were directly inspired by the global Occupy Movement and the idea of horizontal democracy, with the aim of giving everyone the same power in the decision-making process. Starting in 2013, the citizens of Maribor began meeting in regular neighbourhood meetings, which were facilitated by "neutral" moderators. People jointly decide on public and mutual issues.

Simon, who runs a farm with his friends, thinks that the image of Maribor as a place where nothing gets done and no one can succeed has changed since 2012. "TV Slovenija aired a story about events in 2012 in Maribor, saying that the people of Maribor responded to the lack of culture with culture. That isn’t true – we just wanted jobs."

The slow reconversion of Maribor as a political experiment and a social laboratory in response to the economic crisis didn't stop horizontal democracy. Since then, dozens of new social initiatives have been launched in the city. Many people have squatted in a large number of vacant industrial spaces, turning them into shops, cafes, and galleries, which today form the bedrock of life in Maribor.

Besides having empty industrial spaces, Maribor is also known for its rural surroundings. Food cooperatives link small farmers with consumers in the city, creating new jobs in nearby rural areas and providing the city with locally and sustainably produced food. The cooperative Dobrina, which is also a part of Tkalka, has brought more than 60 small farmers together, each of which have between three and 15 hectares of land, who now jointly sell their produce in food markets in Maribor, selling their products to hospitals, schools, kindergartens, and individuals. Dobrina’s shop is also a part of Tkalka. Anything from local varieties of carrots and apples, to bread, oils, and handmade wool socks can be bought there.

New economy is an organic process

Marko Brumen, a cultural producer working in the public institution Narodni Dom, considers the flourishing of independent initiatives in Maribor to be a sort of "organic process". Although the authorities still don't apply the principles of direct democracy, progress is still visible. For instance, the municipality has established the first formal participatory budget. "The principal is simple," says Brumen. "It is up to the local community to decide how a portion of their budget will be spent. Everyone can propose a project, which is put up to a vote. Citizens can have a direct impact on how public funds are spent, whether in the form of playgrounds, roads, or street lamps." 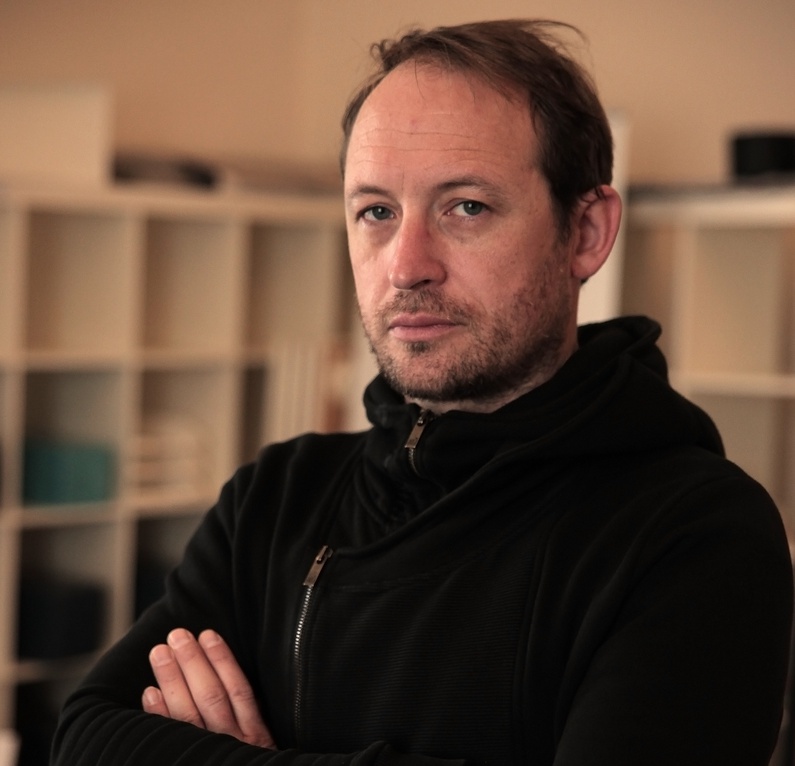 Narodni dom operates out of Vetrinjski dvor, the building in which the European Capital of Culture directorate formerly had its headquarters. Hidden behind its large medieval iron gates is a white two-storey building overlooking a cobblestoned inner courtyard. On the first floor, spacious, bright rooms house local NGOs, which rent their shared office spaces for the duration of three years at a time. Two art residences welcome both Slovenian and international artists.

On Friday evenings, however, the streets of Maribor seem unusually empty. This is because, as some people tell us, "it's winter" and, "the students haven’t yet returned." Still, the city bustles to the sound of swing music in the Salon uporabnih umjetnosti (Salon of Applied Arts). Like most of Maribor's new initiatives, the Salon is a sort of cafe, design shop, bookstore, and bar all in one, in what was formerly an abandoned space. A sign hanging above the cafe’s bar is all that is left of the casino that once existed here. Handmade bags, clothing, and books appear in the windows and on the shelves between tables. The Salon has quickly become the hotspot for local bohemians. On "swing night", you can see older and younger generations dancing together. For the young, Salon is a new, hip place to socialise, for the older generation it is a place to "relive memories..."

According to Miha Horvat, an independent artist and a member of the art collective Sonda, Maribor "has the potential" to become an art mecca. According to him, Maribor is just the right size, "I tend to say that Maribor is both too small and too big, because, although the city is small in reality, it has large ambitions." The slogan "Maribor is the future", which adorns a wall near Tkalka, is Sonda's brainchild.

Miha believes in this future. He explains how his project, GT22, grew out of an art project into an initiative bringing together 80 people in the fields of theatre, photography, radio, and visual arts. According to Miha, artists should be more politically involved, in order to create other similar initiatives in the future. "If I pay my taxes and give something to the state, then I want to feel empowered. Our industry has collapsed, but the people here are competent, our location is interesting historically, and all the art here, both amateur and professional, works somehow. I believe we need to keep following this path. In my mind, Maribor could be the perfect social laboratory." 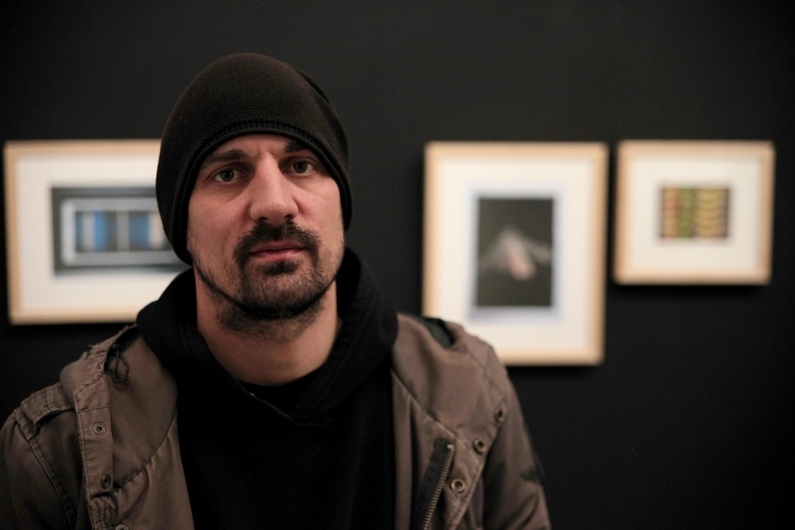